Good news for the underdwellers in our apocalyptic capitalist reality; the socialist revolution will be televised! The new streaming platform Means TV aims to launch soon, providing anti-capitalist propaganda to true believers in the trenches, looking to inspire hope as they toil in this free-market hellscape. Should we point out the irony that these worker party broadcasts will sit behind a subscription paywall? 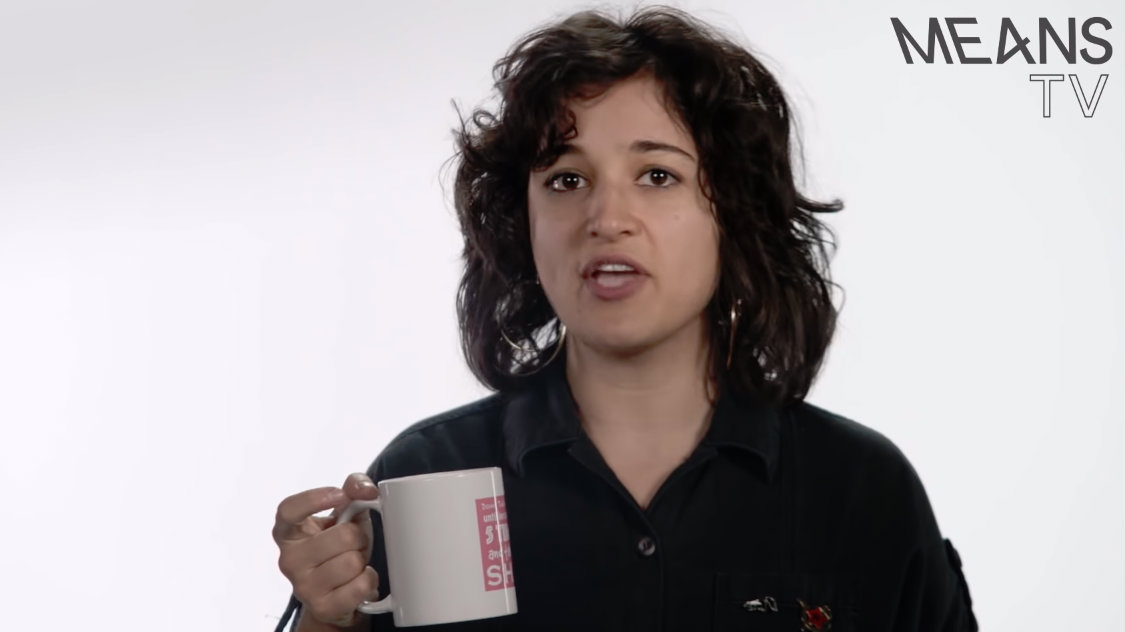 Brought to you by the creators of Ocasio-Cortez’ campaign-winning TV ad, Means TV is the latest media venture from socialist wonder couple Nick Hayes and Naomi Burton. Huffington Post touted the project as an “anticapitalist service” that includes content like “news coverage focusing on the perspective of individual workers, a reality show about a workplace trying to unionize, and animated shorts like this mash-up of Gay Pride Week and drone-launch missile technology.” (Still sounds like it's more intellectually diverse than Netflix these days.)

Both Hayes and Burton, who joined their respective media ambitions together during the 2016 Democratic Socialists of America gathering, first tasted mainstream success with their “Courage to Change” ad starring then-congressional candidate Alexandria Ocasio-Cortez. The widely-viewed video helped “propel her to an upset victory in New York’s congressional primary.”

Burton claimed, “I think the success of the AOC video provided a huge platform for us and shifted the Overton window that allowed us to see that there was room for anticapitalist entertainment.”

With that success and other viral hits, including a bit of socialist workers’ union propaganda paid for by the AFL-CIO that was viewed 400,000 times, a hit video primer titled, “What is capitalism?” and another called, “How capitalism controls your life,” the Detroit couple believe that they can go bigger with their socialist message in the form of a streaming subscription they’ve described as a “an anticapitalist subscription streaming service to compete with Netflix, producing entertainment — comedies, animated series and documentaries.”

Now those are some big dreams, and while the rookie fundraisers have only amassed $80,000 of the full $1 million they needed by the end of May 2019, they still intend on going live next year by hook or by crook. “To do something fully at scale is a few million dollars, and we could also achieve a level of that with $500,000, and we can do that with $100,000 too,” Hayes claimed, adding, “but it’s happening.”

It’s just another pleasant reminder that no matter how feasible socialist dreams may not be, hope always springs eternal that they will work out just perfectly.