Although the progressives at Rolling Stone offered their condolences to the French in the wake of Notre Dame’s Monday fire, they pondered whether the devastation of the 900-year-old Cathedral opens up the possibility of reincarnating the structure as a monument to the secular “modern France;” because heaven forbid a progressive society rebuild a symbol to “non-secular, white European France.” 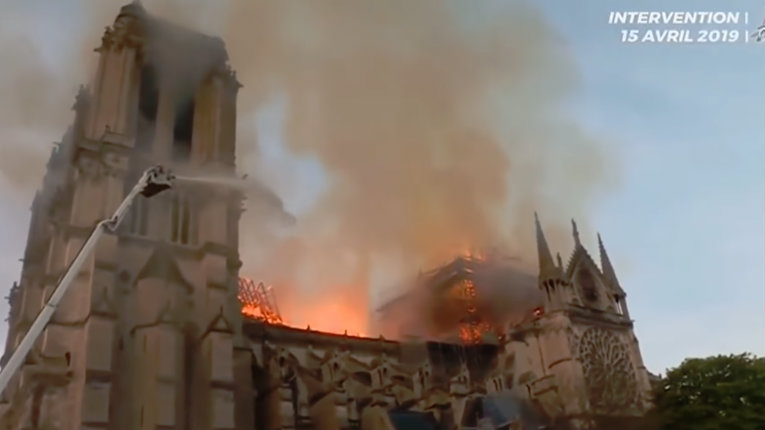 The article began by stating the fire “raised important questions about the cathedral’s symbolic significance in an increasingly divided France, and how to rebuild (or which version of the cathedral should be rebuilt) going forward.”

While French President Emmanuel Macron and other wealthy individuals have vowed to rebuild Notre Dame exactly as it was, a monument to “Catholic life and of France for 800 years,” many secular modernists would disagree. The outlet claimed that there is a large group of French people who view old Notre Dame as a “deep-seated symbol of resentment, a monument to a deeply flawed institution and an idealized Christian European France that arguably never existed in the first place.”

A cultural subversion of Notre Dame is much more easily doable when you deny that its primary significance is being a Catholic church. The precedent Rolling Stone set for a new vision is the claim that the legendary cathedral is “literally a political monument,” according to architectural historian at the University of Toronto, John Harwood. If it was merely a monument for the ever-changing political scheme, then an argument could be made for a new transformation but, while it is charming that it’s been appropriated as some general French people’s monument, it specifically belongs to the Catholic Church.

The modern media would rather ignore that reality and focus on the fact that “what it means to be ‘French’ has obviously changed.” Catholicism in France has declined “from 64% in 2010 to 56% in 2012,” and “the number of Muslims in France is also growing,” so should they really be going back to that symbolism denoting an old Paris of “stone and faith?”

“The idea that you can recreate the building is naive. It is to repeat past errors, category errors of thought, and one has to imagine that if anything is done to the building it has to be an expression of what we want,” added Harwood. For him, the old Notre Dame is synonymous with European colonialism, slavery, and all the other evils of the western world.

While they play nice with their current thoughts and prayers for France, it’s clear that many secularists want a “woke” reincarnation of Notre Dame. As Harvard architecture historian Patricio del Real told Rolling Stone, “The building was so overburdened with meaning that its burning feels like an act of liberation.”

Of course, a thousand years of rich cultural and religious history is just so tacky. Let’s let it all burn.