In an act of solidarity with the pro-life community, the White House has announced that it will be screening anti-abortion film Gosnell: The Trial of America’s Biggest Serial Killer on Friday, April 12. 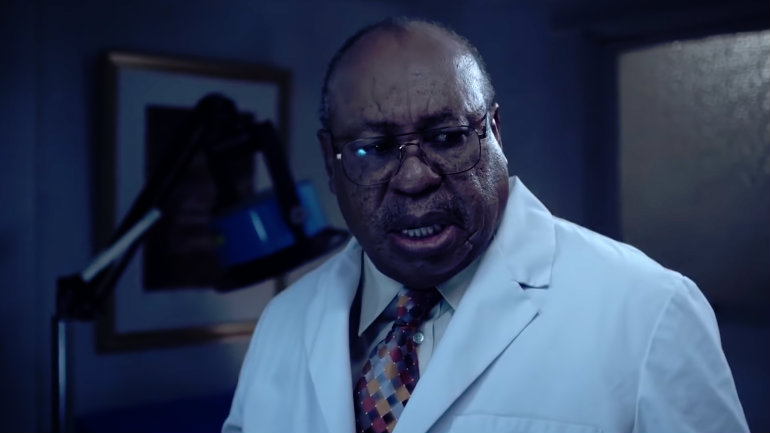 The film’s co-producer Phelim McAleer provided a press release announcing the exciting news and thanking the movie’s supporters for pushing it to such a high-profile premier. He wrote, “We have some wonderful news to share. We have been invited to screen the Gosnell Movie at the White House this Friday.” McAleer added, “It’s sending a very powerful message. We couldn't be more grateful to our nearly 30,000 Indiegogo supporters who made this movie a reality.”

McAleer also noted that this was the “first political movie to be screened in the Trump White House- our supporters have helped make history.” Well that’s pretty powerful stuff and a good reminder, amidst all the constant, negative Trump press, that his administration is still committed to the pro-life cause.

Gosnell was a very successful pro-life indie that released last October. Even though majority liberal critics usually have it out for this kind of movie, the film earned a “fresh” rating on Rotten Tomatoes with 67% of critics enjoying it at the time. The audience reception was stellar, with 97% of viewers viewing it favorably.

The film tells the story of Philadelphia abortion doctor Kermit Gosnell and the criminal trial that led to his conviction of the murder of an abortion patient due to his negligence. Gosnell was a grisly character, who not only committed the murders of thousands of unborn infants, but would do so in grisly and sadistic ways by cutting their spinal cords, drowning them, and keeping their remains hidden around his clinic as trophies.

The film committed itself fully to the truth of the Gosnell story. LifeSiteNews reported that it was “based “very heavily on actual court transcripts,” “dozens of hours of interviews” with Gosnell himself, and the case’s grand jury report.

One of the most effective themes in the film, was the fact that the mainstream media wants nothing to do with controversial abortion cases. Here was a doctor that was on trial for the murder of a couple young women via botched abortion procedures and almost no reporter was present at the scene. It was one of the most confounding and powerful shots in the film — that completely empty courthouse on the day of the first hearing.

At least the Trump administration recognizes the importance of such a powerful film. In his press release, McAleer urged pro-life Americans to thank the president for his support. “But what we really want you to do is to go on Twitter and THANK @realdonaldtrump for recognizing the importance of this movie for the country right now.”