Get Her a Reality Check, Stat! Elizabeth Moss Wishes ‘Handmaid’s Tale’ Was ‘Fantasy’

Hulu’s The Handmaid’s Tale comprises every lefty abortion-lover’s fever dream for what current politics under President Trump looks like. And even though it’s not exactly healthy (more like psychotic) to consider America to be a right-wing religious dystopia, we have the show’s star Elizabeth Moss to further the insanity in her latest interview with Daily Beast. 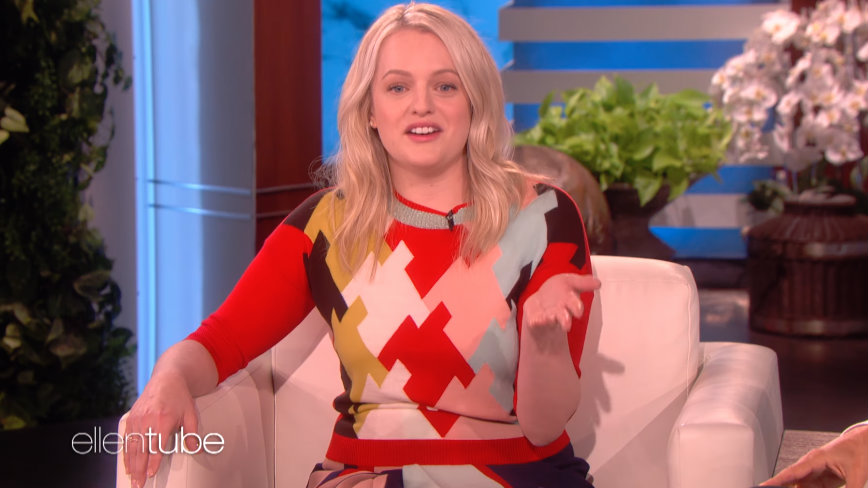 Sure, the article is mostly about Moss’ star power, her being a TV series powerhouse on former programs such as Mad Men and now the insanely-popular streaming series about women being forced to bear children by the fascists in power, but it’s also a decent lesson in celebrity-induced hypnosis.

Moss used the platform reinforce the idea that America is no longer the country of Abraham Lincoln and freedom for all. Recalling the time when Handmaid’s Tale shot footage on the National Mall, she said she realized just how terrible the current situation is.

“It’s an honor,” Moss claimed, seeing the Lincoln Memorial and reflecting on “what Lincoln stood for, what’s written on the walls, what those monuments stand for.” But, instead of admiring the legacy of what those great men have created, Moss lamented that we are “losing” those principles. She told the Beast, “The principles that this country was built on are important and we’re losing them—and perhaps we’ve already lost them. You feel a sense of responsibility and you feel honored telling this story at this time.”

Oh gosh. How on earth did this happen? Well, for one, our president would like to build a wall. Moss blasted that subject, saying, “You’re looking at where MLK gave his ‘I Have a Dream’ speech, you’re in the outfit of complete lack of freedom, and your president is a few blocks away arguing about putting up a wall.”

Liz, darling, that outfit is called a costume. People wear them when they play make believe. Like you do. For a living.

Moss insisted that it’s her “responsibility” to push back against the Trump administration via her artistic talents. She claimed, “You can’t help but feel that you have the responsibility to tell this story, and I feel honored to be able to express what I think, what I feel, and what a lot of other people feel through what I love doing.”

For Moss, “Gilead,” the fantasy setting for the show, is actually very real, and it’s right here. She stated, “I wish this was crazy, and I wish Handmaid’s Tale was insane Game of Thrones shit and pure fantasy. I wish that were true. But it’s not.”

Actually, giving loons like this a multi-million dollar speaking platform is insanity and fantasy come to life. Remember Miss Moss, you’re just an actress after all.