It’s always good to have a friend in your corner, especially when things are getting hairy. In the case of Jussie Smollett, the gay African American who cried MAGA, his Hollywood producers are BFFs. On Wednesday The Hollywood Reporter confirmed that showrunners for TV Drama Empire have no plans to cut Smollett from the show, despite the fact that he probably committed a felony at the expense of legitimate police matters and conservatives everywhere. 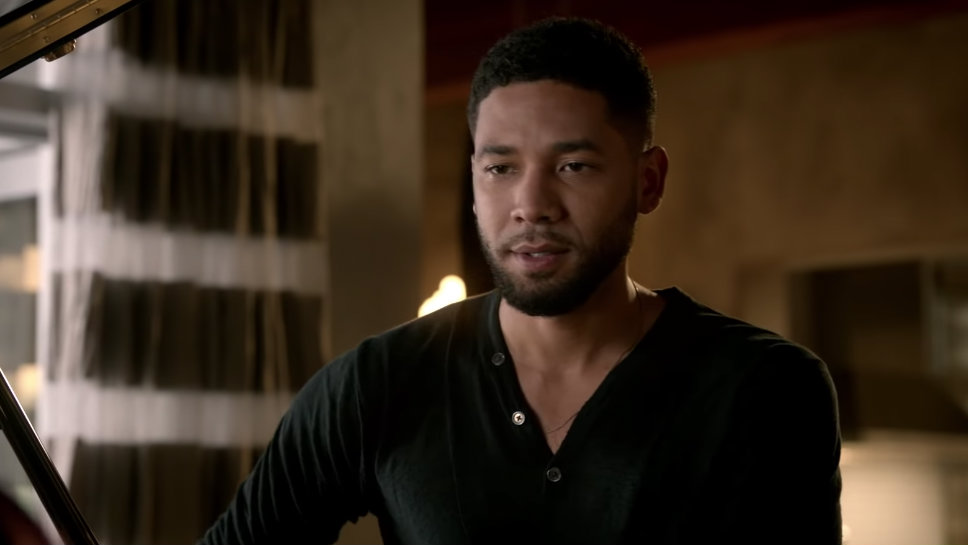 So while he may have to pay his debt to society in Cook County, he’s all square with the powers that be in Tinsel Town.

THR reported that both “Fox and Empire producer 20th Century Fox TV said they stand by the actor's on-set conduct,” and as such he will not be cut from the show. The network and studio released a statement on Tuesday denying rumors that the allegedly race-baiting liar is out of a job.

“Jussie Smollett continues to be a consummate professional on set and as we have previously stated, he is not being written out of the show.” Within the last few days, speculation had been circulating that the 36-year-old Smollett was either having his time on screen gradually cut back or that he had altogether been removed from the show’s “schedule.”

Both Fox and Empire declined to say whether they were considering reducing Smollett’s screen time, and have demonstrated that they are fully standing by and defending the star as his alleged victimhood in the “MAGA country” hate crime is being called into question.

THR claimed that the studio and Empire producers have been fighting off rumors since the beginning, furiously denying Smollett’s departure from the series as being “patently ridiculous.” Both Fox and 20th Century Fox asserted, “He remains a core player on this very successful series and we continue to stand behind him.”

Smollett’s lawyers are still vehemently denying the idea that Smollett staged his own “lynching.” Well that’s a given, but Smollett and his legal team insist that he’s being further victimized by public speculation.

Attorneys Todd S. Pugh and Victor P. Henderson spoke for Smollett, saying, “He has now been further victimized by claims attributed to these alleged perpetrators that Jussie played a role in his own attack.” In another statement, they claimed, “nothing is further from the truth and anyone claiming otherwise is lying.”

We’ll have to wait and see how everything settles, but the actor should rest easy knowing that the whole world definitely wants justice for Jussie Smollett.