Last month, normally progressive PBS provided a transparent portrayal of the devastation abortion inflicts on the African American community. The special, titled “Anti-Abortion Crusaders: Inside the African American Abortion Battle,” surprised conservative media critics by giving voice to the message that “the most dangerous place for an African American child is in the womb.” 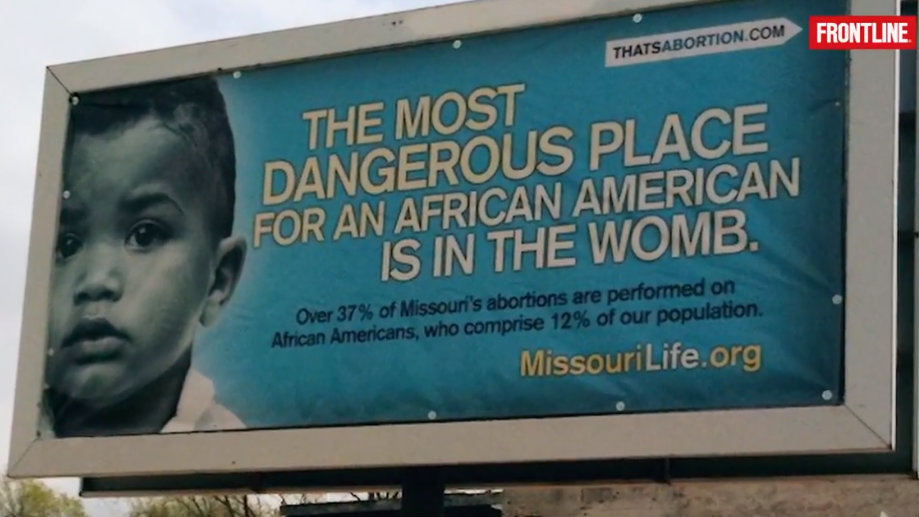 LifeNews.com reported that Rev. Clenard H. Childress praised PBS for its “fair and balanced” report on the subject. Childress, the assistant national director of LEARN, America’s largest African American Evangelical pro-life committee, was featured in PBS’ program and was quite pleased with being able to get out his message, one almost never acknowledged by the mainstream media.

During the program Childress was able to hammer home the fact that abortion providers target black women for abortions, and that in New York, for example, “more black babies are aborted than are born.” The statistics demonstrate that across America, where the black community only constitutes 13% of the population, a massive 35% of the abortions are performed on black babies.

“Planned Parenthood has taken it far beyond what the Ku Klux Klan thought they could possibly take it,” Childress stated on air, adding the question, "How do you calm down over genocide?"

Of course, the program featured both sides of the argument, including pro-abort voices arguing that the targeting of black women for abortions was a myth. A featured Planned Parenthood spokeswoman stated that black pro-life advocates are merely “fixated on shaming black women and controlling the bodies of black women.”

Still, Childress is just happy that LEARN’s perspective was included at all. He claimed, “Much of the reporting on the issue of abortion in the black community has always produced censorship and extreme bias, but I must say that this report was pretty objective.” He added that since “PBS is far from a conservative source,” he very much appreciated that “this was well towards the middle.”

Clearly this kind of programming is a good sign. The only critique LifeNews offered on PBS’ handling of the production was its disabling the comment section for the online video. Childress opined that maybe PBS “didn’t like the anti-abortion comments they were receiving.” It’s safe to assume that any mention of pro-life perspectives would probably incense the rabid pro-choicers who usually enjoy all the lefty programming. Good for PBS.