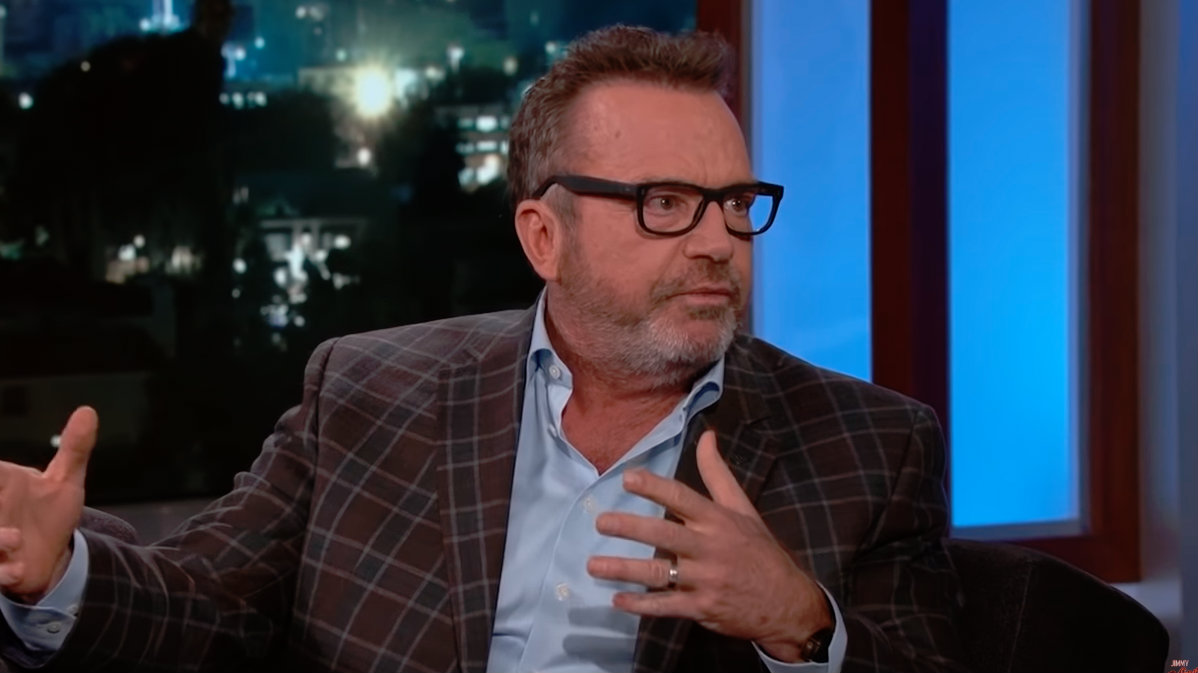 If Tom Arnold was ever relevant, he’s working overtime to recapture that nanosecond. And his tactics are brilliant: act like a petulant baby. He was belligerent during his interview with Megyn Kelly, and quite combative during a recent sit-down with Ben Shapiro. Most recently, Arnold has been recorded being a complete jerk to Gosnell star Dean Cain, using politics as an excuse to smear and yell at him.

During a guest slot on Larry King’s show, Arnold ran into Cain and things got a little heated to say the least. This was their first meeting since a prickly social media exchange that saw Arnold smear the former Lois & Clark star as a “fake Christian” and “rapist.”

According to The Hollywood Reporter, Arnold’s tweet that started it all stated, “@RealDeanCain is another @realDonaldTrump fake Christian coward which makes Dean Cain anti-LGBTQ and racist. #complicit.” Arnold was reported to be annoyed with the fact that Cain had attended the recent Voters Values Summit hosted by the Family Research Council, a group Arnold views as “Nazis.”

Cain responded to Arnold’s tweet by pointing out that Arnold is a “cowardly, slanderous weasel,” but the real magic happened when both actors showed up to the Larry King production on Tuesday.

Cain confronted Arnold about the tweet backstage, defending himself, saying “I’ve always supported gay rights … You’re giving me guilt by association.” This started an intense argument in which the My Big Redneck Wedding star did what everyone expected him to do: Get up in Cain’s face and berate him for his ties to the conservative movement.

In a video recorded by bystanders, Arnold references Cain’s ties to the Family Research Council (FRC) and the conservatives behind the anti-abortion movie Gosnell. With both men’s faces inches from each other, Arnold proceeded to hysteria, claiming:

They’re hurting people — you know how many suicides of fucking gay kids? They fucking shame them and try to keep them out of fucking schools… Please hear me. That’s why it’s so visceral… I don’t want those fuckers using you.

Not swayed by the emotional onslaught, Cain told Arnold, “Nobody is using me. I speak my mind.” Although both gentleman appeared to end the spar amicably, another loaded social media exchange occurred between the two afterwards, though it’s important to know that it was Arnold who was trying the hardest to preserve his tough guy image.

Cain stated “He called me racist and said I was anti-LGBTQ. Totally untrue. After I confronted him, he backed down.” Arnold responded, “I didn’t back down. I was giving him a break not assuming he was stupid about the FRC, which I liken to Nazis.” He added, “Now I see he’s one of them.”

On top of blasting Cain’s Gosnell as “a shit-fucking movie,” (it’s about the titular murderous abortionist), he also called Cain an “idiot,” and “a fucking pussy.” Despite these thuggish and outlandish displays, talk shows hosts still somehow see this guy as a lucrative interview. Well it must be all for shock or comedic relief in tense times, because the man is clearly unfit for a rational discussion.