On Thursday, The New York Times published an op-ed that asked whether the Catholic Church would ever be able to get its progressive act together and shift its stance towards the LGBT community. 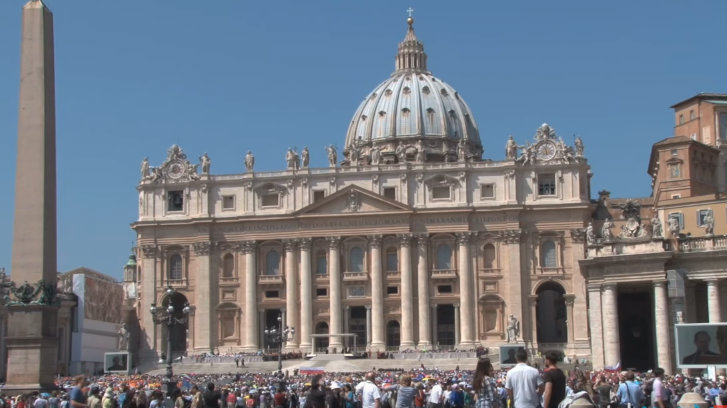 While not explicitly stating that the Church should change its teaching regarding the morality of gay sex, John Gehring seemed rather hopeful that under Pope Francis’ less combative and more open (some would say scattershot and confusing) approach, maybe the Church will be more inclusive toward LGBT people in the future.

According to Gehring, in today’s Church, there have been several signs of “progress.” He cited the fact that the term LGBT was used in an official Vatican document, writing, “adopting L.G.B.T. is emblematic of an emerging shift in the Church’s posture towards gay, lesbian, and transgender people … Using the L.G.B.T. descriptor often preferred by many gay, lesbian, transgender, is a sign of respect.”

This makes sense. Obfuscating any topic at hand is usually a tactical victory for the left in any campaign. It took the gay lobby changing “gay marriage” to “marriage equality” to make the issue sufficiently abstract and fuzzy. Who could be against “equality?”

Gehring then referenced Pope Francis’ eagerness for opening a deeper conversation about “how the Church can keep one foot planted in Catholic tradition without being afraid to step into the lived experiences of other.” Though the Pope has remained a defender of traditional marriage, “he prioritizes listening and personal encounter over finger-wagging denunciations.” Yes, who could forget JPII’s encyclical “Fingerwaggicus Denunciato?”

Initially, Gehring praised good things. The fact that the Church is emphasizing the “judge not, lest ye be judged” teaching has been laudable. But the Church has always taught the faithful to hate the sin but love the sinner. In this way, Francis and the Church are not promoting progress or getting ready to jump into the dangerous currents of modernism. The left has torn muscles leaning over in order to hear what it wants from Francis. Often, he’s been less than clear. But when clarification has come, it’s reinforced the position the Church has always maintained.

Gehring’s problem is thinking that this seemingly more charitable approach might be indicative of future “institutional” change regarding the Church’s relationship with the LGBT community. The kicker being that maybe the Church’s teaching that homosexuality is “disordered” would evolve as well.

But until the Catholic hierarchy can find more tangible ways to institutionalize a commitment to the rights of gay, lesbian and transgender people, the exodus of Catholics will continue. Surveys show most Catholics support same-sex marriage, and the church’s opposition to L.G.B.T. rights drives young people away.

Gehring claimed that “The Church’s own language towards L.G.B.T. people is a stumbling block to its professed commitment to human dignity.” “While the Catholic catechism, which details church teaching, forbids any violence or “unjust discrimination” toward people who are gay or lesbian, it also describes sexual intimacy between them as “intrinsically disordered.”

He also referred to a 1986 writing by Cardinal Joseph Ratzinger, which stated that homosexuality represented a “strong tendency ordered toward an intrinsic moral evil.”

After such references it became clear that maybe Gehring’s issue with the Church stance on LGBT issues is not so much about fostering love and openness to all individuals, but the existence of the resilient language that homosexuality is “intrinsically disordered.” In effect, Francis’ current teaching on the matter might be softer in a social aspect, but remains true to the Catechism’s perspective.

There has been no reason to believe that Catholicism will ever change its stance on homosexuality. Yes, it can strive to show more love to disenfranchised individuals, (that’s the point of evangelization) but that does not mean that it will change its mind on the morality of homosexual actions.

What Gehring is hoping for is simply, wishful thinking. And it has become clear that once the Church stops short of celebrating LGBT lifestyles, he will take back all his praise of a “progressive” Church and say it’s still operating under loony, ancient fantasies.