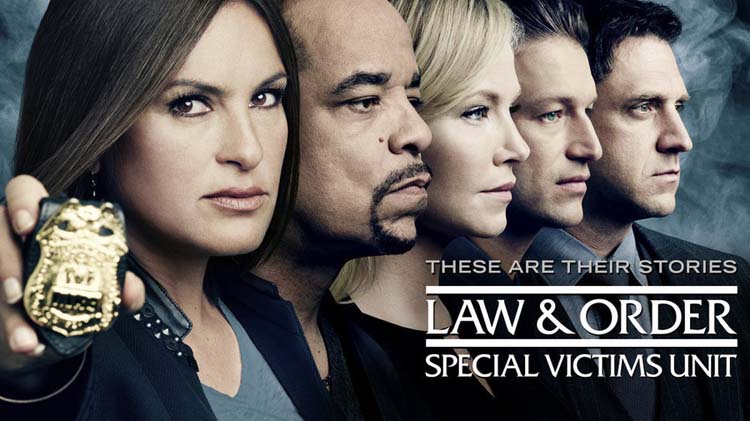 The May 17 episode of NBC’s reliably liberal Law and Order: Special Victims Unit quickly picked up the mantle of anti-Christian media, portraying Christians as humorless stiffs who believe rape can cure homosexuality. The episode centers on Ann Davenport, a small town girl from Indiana on a church trip to New York City. While the group is meandering through Times Square, Ann has the audacity to reach out to her lesbian friend Lydia who left Indiana at 16 to move to the city.

Worried this contact with an open homosexual might have tempted Ann, Lucas Hale, a boy from the church, promptly rapes her to save her soul from temptation. No, I am not making this up.

Confronted by police, Hale admits he had sex with Davenport and calmly asserts that even if she said “no” repeatedly it wouldn’t matter “because we're taught not to heed the words of the devil.” Ann wasn’t resisting, he later explains, “her demons were resisting and sometimes you have to fight through them to save someone.”

The church responds by retaining an attorney to represent Hale. They claim his prosecution for sexual assault is a violation of his First Amendment right to the free exercise of religion. The attorney quickly cites the Hobby Lobby case. Apparently, SVU’s writers think refusing to pay for abortifacients is the same as raping women.

Back on the case, Lieutenant Benson laments that “these people really think that nothing criminal happened.” Even the victim’s parents turn on her. Her father demands to take Ann home so the family and congregation can “deal with this our way.” Her own mother begs Benson not to make Ann testify. “The truth is Lucas Hull tried to save her soul,” she claims.

Cheryl: I'm pleading with you, Lieutenant. Don't make my daughter testify. She will be shunned by the church, our community. This is a private matter.
Benson: No, it's not, anymore. A crime has been committed. So now, unfortunately, this is a public matter.
Cheryl: I don't understand. Why are you making her do this?
Benson: I only asked your daughter to tell me the truth. And she told me that that's something that she valued.
Cheryl: The truth is Lucas Hull tried to save her soul.
Benson: The truth is that your daughter was sexually assaulted.
Cheryl: I knew she should never have come to New York. Now her father is--he can't even bring himself to come here.
Reverend: Cheryl, Cheryl, please. Let's just go. They think their secular law takes precedent over God's law. But they'll find out they're wrong.
Barba: I can imagine what that was about.
Benson: These people really think that nothing criminal happened.
Barba: Never underestimate the power of faith. Regardless of where it's placed. Braun won't take a deal.
Benson: Yeah, because Reverend Gary won't let him. If--if Lucas admits that he committed a crime, then Reverend Gary loses face with his congregation.
Barba: Okay, let's go over Ann's testimony one more time. Make sure that she's consistent. You know, he said, she said, God said. You don't want God to get the last word. [Sighs] Spoke too soon. Defense filed a motion to dismiss based on First Amendment protections.
Benson: So they're saying that rape is okay if it's done for religious reasons.
Barba: Huh. I don't remember reading that in the Bible.
Lawyer: The church to which both Lucas Hull and Ann Davenport belong holds firm in its belief that homosexuality is sinful and that curative intercourse is the appropriate remedy. Therefore, there was tacit consent.
Barba: This argument is ridiculous.
Lawyer: All religion is ridiculous to the non-believer. That's the basis for religious discrimination. In both Cantwell versus Connecticut and Hobby Lobby--
Barba: Neither of those cases involved a rape. Reynolds versus U.S. Ruled that the First Amendment protection did not entitle a person to act on their religious beliefs in a way that violates the law.
Lawyer: Yeah, but this is not true in People versus Moua, a 1985 case.
Barba: It's not precedent, Your Honor. And the judge in that case handed down a reduced sentence. He didn't nullify the crime, based on a religious argument. But if you'd like to plead this out, my offer's still on the table.
Lawyer: In the eyes of the Lord-- the ultimate judge-- my client is innocent. So I refuse to let Lucas plead guilty.
Barba: Well, with all due respect to the Almighty, His laws are meaningless when it comes to sexual assault.

I’m not sure what kind of Christians the show’s writers hang out with, but I have never met a set of Christian parents who would not only take the rapist’s side but say he was right to rape their daughter. But I can think of another religion that has honor killings when a daughter is raped and rejects secular law for Sharia Law.

Despite the absurdity that’s already taken place, SVU’s writers saved their coup de grace for the final minutes of the episode. In those last moments, the audience learns that Lucas himself is a closeted homosexual, and the priest told him to have sex with Ann as penance for his own homoerotic thoughts.

Last night’s episode is just the latest example of the enduring trope portraying all Christians as closeted, violent hypocrites, which they wouldn’t dare accusing Islam of. After last night’s episode, next week’s promised lecture about how deporting illegal immigrants means we won’t be able to solve hate crimes looks almost inviting.