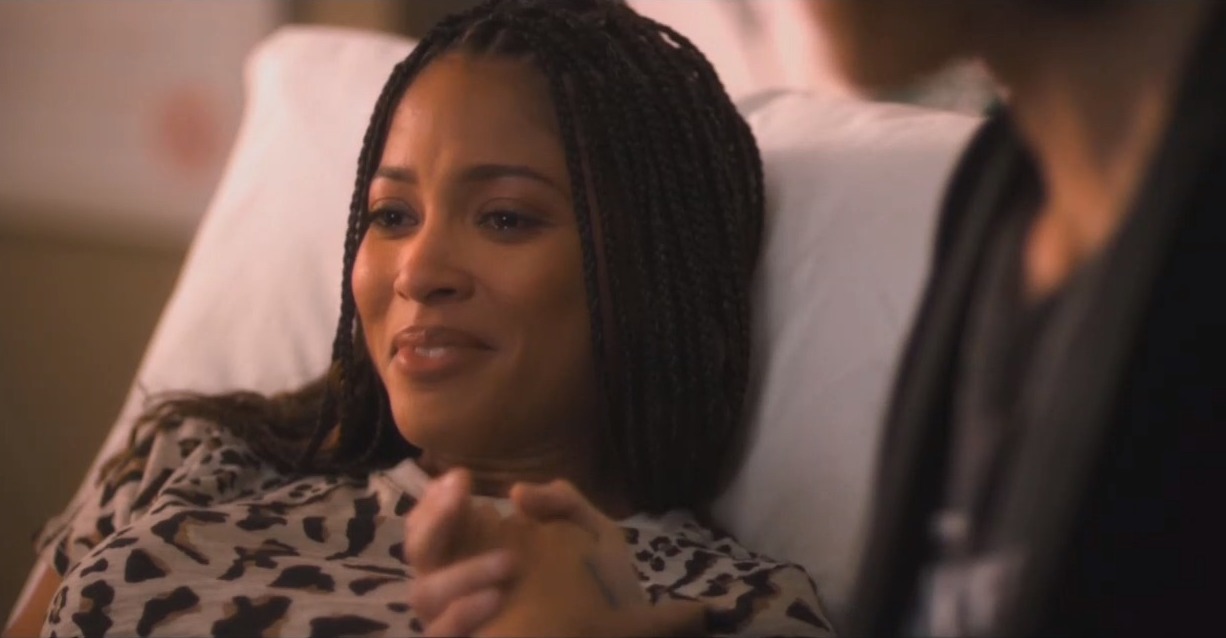 Showtime’s The L Word: Generation Q is usually a love letter to left-wing hedonism, promoting a radical matriarchal vision of sexual revolution. (I say “matriarchal” because straight men do not exist in the show except as villains or annoyances who briefly pop in and out now and again.) That is why it was surprising to see the show spotlight the heartbeat of an unborn child in this week’s episode, “Lose it All,” on January 19.

In the episode, Quiara (Lex Scott Davis), the “wife” of lesbian bar owner Shane (Katherine Moennig), has been impregnated via sperm donor (because fathers are disposable in this Hollywood universe). Shane and Quiara meet at the doctor’s office for the exciting moment when they hear the unborn child’s heartbeat for the first time.

Doctor: Are you ready to hear your baby’s heartbeat?

Quiara: This is crazy. [Laughs]

Doctor: That's you. -[Heart beating] And then there'll be another sound. [Two hearts beating] Right there.that's it. That's your baby.

Another lesbian couple, Bette (Jennifer Beals) and Tina (Laurel Holloman), previously told Shane what a special moment it was for them when they first heard the heartbeat of the child they are raising together. Shane worries because she does not feel bonded to the baby even though she heard the little one’s heart. In reality, she is not the mother of the child in either a biological or adoptive sense. As the show makes clear, the mother is Quiara and Shane is tagging along for the ride. By rights, a child deserves to have a mother and a father. Quiara and Shane are playing a game that places their own desires above the rights of the child.

But at least they acknowledge that the unborn child is in fact a baby. The left seems to have reached a point where they know they can no longer effectively deny the humanity of the unborn. (That is part of the reason why they hate heartbeat laws.) They now merely disregard the child's humanity when the woman does not want the baby. This is why a pregnant Michelle Williams could practically shout her abortion from the Golden Globes stage and not care about the incongruity of a pregnant woman publicly displaying pride in killing a previous child.

So the L Word: Generation Q was willing to allow audiences to hear a baby’s heartbeat (the baby was “planned” and “wanted,” after all) while continuing to push other left-wing narratives throughout the episode.

Those other narratives included a trans man’s mother having to apologize to her “son” for showing someone a picture of him as a little girl. (Apparently, when a woman mutilates her sexual organs, her mother may never feel sorrow or acknowledge her daughter’s childhood.) And two lesbians pray a “Hail Mary” together after one says, “I only pray to the ladies.”

I will try to take heart that the leftist writers of the show are at least aware of certain realities they cannot change: 1) Everybody knows an unborn baby is really a baby. 2) You cannot squelch people’s inner desire to pray in times of need. Now somebody needs to tell the left that an unborn baby deserves to live regardless of adult desires and that, no matter how hard they try, radical LGBT ideology and Christianity will never mix.