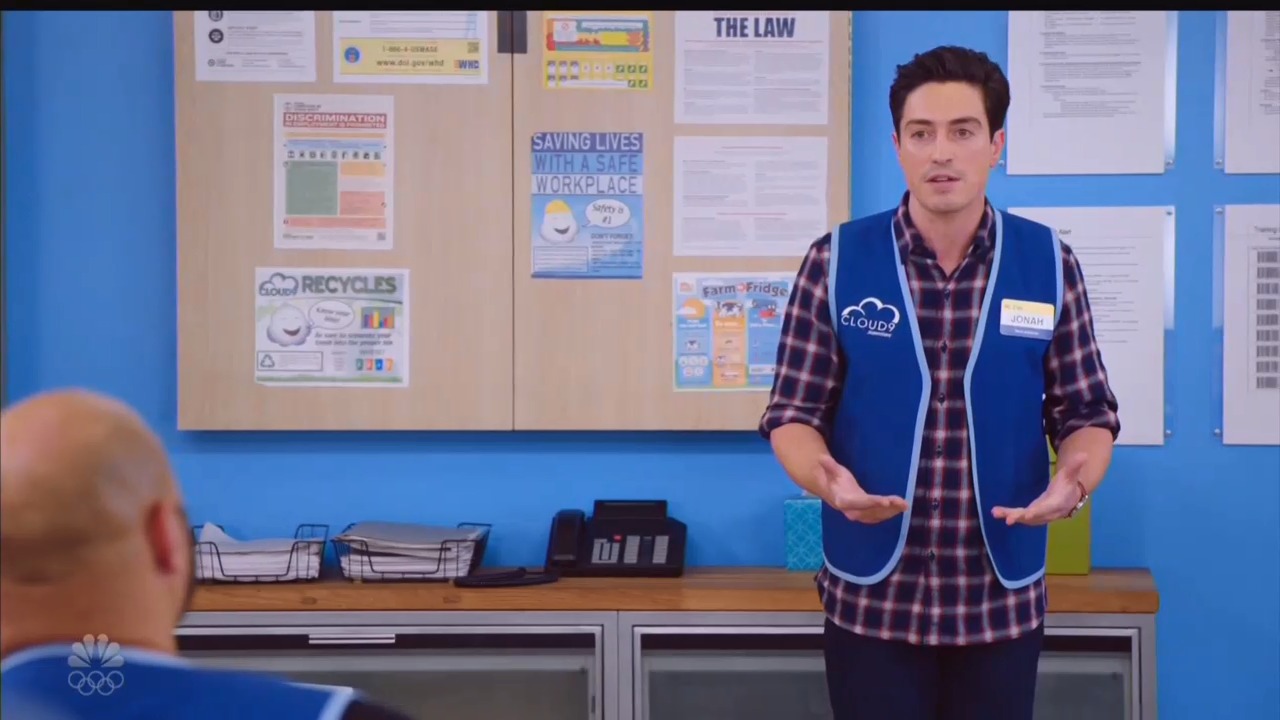 The NBC sitcom Superstore regularly carries water for liberal causes ranging from illegal immigration to unionization. This week, in the episode “Lady Boss” on January 9, the show pulled out all the stops for radical feminism.

The feminist push began when Jonah (Ben Feldman), the store’s resident left-wing activist and all-around annoying busy-body, desperately looked for a cause to latch onto now that the store’s unionization hopes have died. He found it when he saw feminist “girl power” apparel on the mannequins. Excited by the feminist clichés like “Lady Boss” and “Girls Rule” on the t-shirts for sale, he decided to add costuming like STEM-related lab coats to the apparel.

Soon co-worker Dina (Laura Ash) informs Jonah of the “pink tax,” a completely false idea that companies deliberately charge women more than men for the same products. (Women usually face higher prices because of issues like higher costs involved in the creation of their products. Businesses want to make money. They have no interest in charging women more out of a mythical allegiance to “patriarchy.”)

Shocked by his discovery of the “pink tax” and thinking he's contributing to the commercialization of feminism, Jonah decided to pack up and put away the display. Male workers in the store got excited about this. “You're fighting back because men are under attack,” a male co-worker said. “By shirts?” Jonah asked, confused. “Yeah, I mean haven't you noticed that the entire women's clothing section just keeps getting bigger? And now they got these rad shirts that are only made for women?” the co-worker replied.

Realizing that the male workers in the store were feeling underappreciated, Jonah convinced his boss Amy (America Ferrerra) to set up a meeting in the employee cafeteria. As you can imagine, it turned into a nauseating display of left-wing feminist myths.

Jonah: It sounds to me like a lot of these frustrations stem from a sense of powerlessness. Which historically, has been something that women have had to deal contend with.

Marcus: Yeah, but they're not powerless anymore. I mean, Amy and Dina run the frickin' store. And now the new CEO? All men have left are the NFL and the country.

Jonah: Guys, look, feminism can exist without this feeling that something is being taken away from you, you know? And--and--and honestly, if you listen to-- to what the women are saying…

Dina: What? What are the women saying, Jonah?

Dina: [Laughing] I know I'm not being a very good feminist right now, but I've met his wife, and that was spot on.

Cheyenne: Personally, I'm not a feminist.

Cheyenne: Yeah, I just think that men and women should be treated equally.

Cheyenne: Oh, well, now I wish I was a feminist.

Glenn: Okay, I've heard what you all are saying, um, but as a father of a daughter…

Garrett: Listen up, ladies, father of a daughter talking.

Glenn: Thank you. Of course I want the world to be better for Rose, but I want it to stay the same for me. Is that too much to ask?

Jonah: Okay, okay, okay! This is great, this is healthy, this is--this is-- we're--we're dialoguing. Okay.

Where do we start with all the lies in this scene? First of all, contemporary feminism, with its pussy-hats, abortion shouting, marriage destruction, and general contempt for both men and women who like men, does not merely advocate that “men and women should be treated equally.” If that were indeed so, more women would accept the feminist label. As it stands right now, only 23% of American women identify as feminists. The reason so many women reject the feminist label is because they recognize that 4th wave radical feminism is destructive and poisons healthy relations between the sexes.

Also, men are not “scared” that things will not “stay for same” for them. In countless ways things are not good for them in the U.S. right now at all. Male suicides are at epidemic proportions, the “boy crisis” continues apace, and women are outperforming men on major educational and socio-economic indicators. Making the world worse for men does not make it better for women. The problem is bigger than t-shirts.

Of course, the show recycled the “gender pay gap” myth, leaving out the fact that the wage gap lie does not “account for differences in occupations, positions, job tenure or hours worked per week.” All of which is very significant data to ignore.

In the end, the men stop working in a huff after Amy ignores them at the meeting while she is on the phone. They start working again when she agrees to make a male employee, Glenn (Mark McKinney), a floor supervisor (a position she had already offered him, but he had hedged on taking). The men all end up looking ridiculous and petty.

Hollywood creates stuff like this and they wonder why Americans hate them.