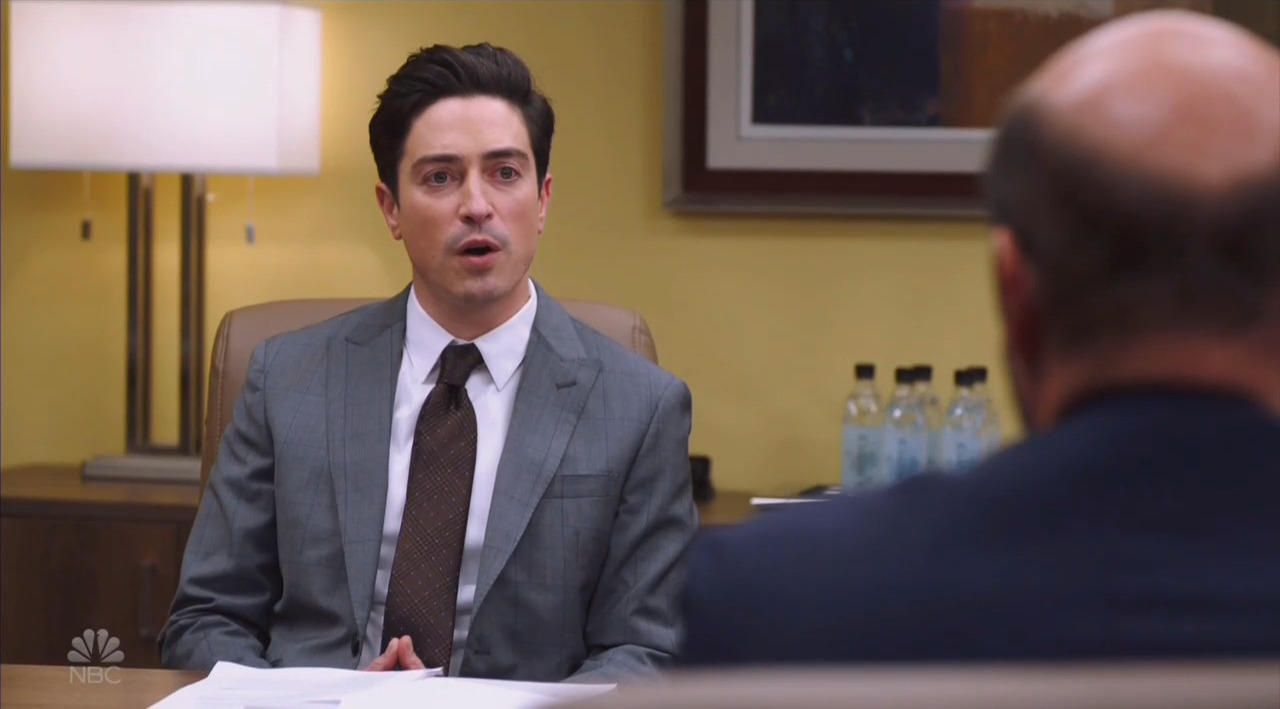 The NBC sitcom Superstore consistently promotes propaganda that is both pro-union and pro-illegal immigration. The “Superstore” of the title, Cloud 9, is meant to be a stand-in for Wal-Mart, a regular punching bag of the left that has actually raised the standard of living for Americans living in poorer areas.

The show tends to portray “corporate” as bad guys doing all they can to keep down Cloud 9’s workers, while also portraying the hiring of an illegal immigrant worker as a positive thing. The writers of the show seem unaware that illegal immigration is a major factor driving down American workers’ wages and benefits. Consistency is not a left-wing hallmark.

This week’s episode, “Negotiations,” on December 12, played the union card again, with unionized workers, represented by employees Jonah (Ben Feldman) and Sandra (Kaliko Kauahi), taking on corporate with their demands.

Corporate: You're floor workers. It's not your fault that you don't get the ins and outs of the budget.

Jonah: We may be floor workers, but we're not morons. I-I actually went to business school.

Sandra: And I'm engaged to be married.

Corporate: Exciting. Look, if your negotiator were here, she'd tell you that this is the best deal you're gonna get.

Jonah: You're right, she's not. But that doesn't mean that you get to just sprinkle a few crumbs and expect a thank-you. We're--we're not here for the crumbs, you know? W-w-we're here for the whole, you know, cookie. The--or the--the pie. The whole baked good.

Jonah: We don't get to relax! That's kind of the point. No, we go to work mopping up scum in your stores and--and ruining our knees lifting boxes, and after all of that, we still can't afford rent or--or to go to a doctor when we're sick or to--to buy a car instead of taking five different buses to work. –

Corporate: [Sighs] Look, guys, we want to work with you. It's just that this stuff is kind of complicated.

Jonah: We'll make it simple for you. Do better, or we go on strike.

The corporate office misleads the store’s negotiators into thinking they will get all that they wanted. The employees party afterwards (including the illegal immigrant who is still taking advantage of the system). Corporate’s promises turn out to be a lie, of course. Cloud 9’s manager discovers that the store was bought out by another corporation and the union contract is null and void.

How about this for an episode instead, Hollywood? Create real working-class characters who support proposals that will raise their standard of living, like e-verify, a wall and other curbs on illegal employees who depress wages. In other words, portray what working class individuals actually want. Unfortunately, showing such truths is too radical an idea for Hollywood.