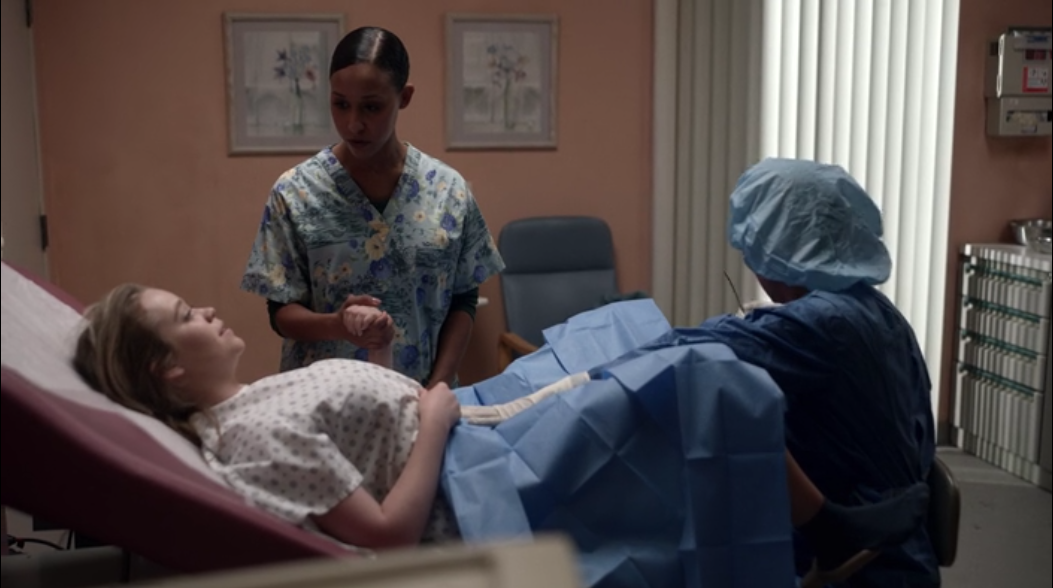 Well, we didn’t see this coming from a mile away. #sarcasm Hulu’s drama Little Fires Everywhere has already flooded each episode with leftist propaganda. So, we knew it wouldn’t be too long before an abortion scene came up at the left’s beloved abortion giant Planned Parenthood.

Episode 5, “Duo,” which aired on Wednesday, delivered (no pun intended) as main character Lexie Richardson (Jade Pettyjohn) ends up aborting the child she conceived with her boyfriend Brian (Stevonte Hart).

Lexie, who is in high school, decides to get an abortion after her boyfriend, who is unaware of the pregnancy, talks about not wanting to be a father for a very long time, and her mother Elena (Reese Witherspoon) is too wrapped up in her own issues to listen to Lexie when she tries to talk to her.

Because the story takes place in Ohio in 1997, there doesn’t appear to be parental notification laws in place. Thus, Lexie shows up by herself and requests to have an abortion that very day. Because her mother’s friend is a director at the clinic, Lexie signs her friend Pearl’s (Lexie Underwood) name instead of her own on the paperwork. Pearl later arrives to support her friend and drive her home and is shocked to learn that her friend used her name to cover her tracks.

As Lexie waits nervously on a doctor’s table in a medical gown, a nurse comes in to perform a sonogram, asking Lexie if she wants to see the screen. Lexie replies, “No,” and the abortion then begins:

The scene also takes place in the book which inspired the show, but there was a bit of a difference. When Lexie goes home with Pearl after her procedure, Pearl’s mother Mia (Kerry Washington) is kind to Lexie and when Lexie asks her if she made the right choice, Mia tells her, “You’ll always be sad about this. But it doesn’t mean you made the wrong choice. It’s just something that you have to carry.”

In the show, however, because the story has been turned into one of racial and class wars and divides, Mia is less than kind because she’s disgusted by Lexie’s spoiled nature and white privilege.

There are only three more episodes left in the season, but if the first five are any indication, they’ll have no problem overshadowing the rest of the story with more liberal preaching.