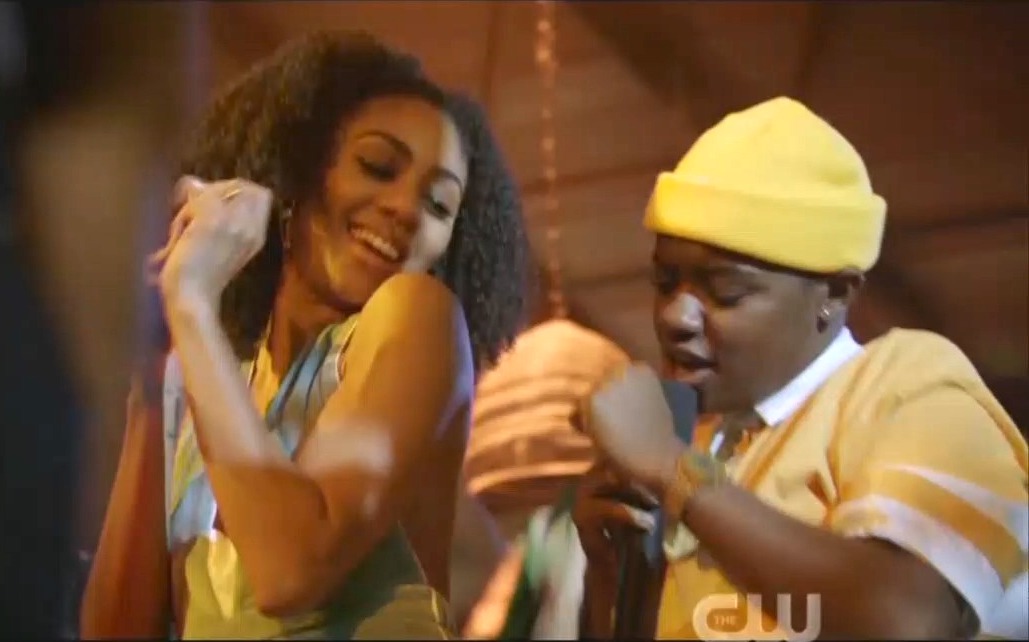 We all know the saying, “Do as I say, not as I do.” And when it comes to the left’s virtue signaling with “tolerance,” we also know well that their tolerance only extends to those who agree with their politics and policies. That couldn’t have been more clear on Monday night’s episode of The CW’s teen drama All American, which featured a song that preached tolerance for gays being “who they are” while subtly showing disdain for God and the Bible.

The show is about the challenges and triumphs in the lives of several high school students and their families set against a football theme, as well as struggles that people of color face in inner cities versus life in glamorous Beverly Hills. The show rarely, if ever, delves into politics, so I’ve actually enjoyed watching it. But as a Christian, Monday’s episode, “Life Goes On,” didn’t sit well with me.

Coop (Bre-Z) plays a lesbian on the show who is a talented songwriter and performer. She wrote a song with her girlfriend Patience (Chelsea Tavaris) about being proud of who the are and how they won’t change for anyone or anything and they performed it together for the first time before a crowd:

Coop: That’s my girlfriend back there. Patience, you can wave if you want to. She's talented, yo, and it's unmatched. I ain't never seen nothing like it, and I guess I thought that if people knew how talented she was that I'd lose her. And to just keep it 100 with y'all, she's the best thing that ever happened to me.

Coop: And this next song, it just wouldn't be the same without her because she truly makes me better in every way. To be honest, babe, I'm not willing to perform this song without you. I know you ain't gonna leave me standing up here after all that, are you?

♪ What if I told you I was kind of different?

and me not loving you for who you are

now, it wasn't exactly my intention

if I told you I was prolific

would you believe me

or find it in your heart to receive me?

if I told you I'm this way and I like girls

would you still look me in my face

or would you say some things to make me run away?

would you tell me that I'm sinning?

should I change my ways to try to make you listen?

if I turn suicidal, when I slit my wrists all on your holy Bible

would you turn your back or would you hold me tighter

if I'm laying in the hearse, would you cry

because I never wore a skirt?

or you be mad because I didn't tell you first?

you don't ask, so I won't say nothing

you know it's not my style to never say nothing

you don't ask, so I won't say nothing

you know it's not my style to never say nothing

yeah, you know it's not my style

it's not my style… ♪

Patience: ♪ I'm never changing who I am

for anyone or anything

you can stay or you can leave, but

The official video for the song took the anti-Christian prejudice up several notches by prominently featuring a church scene, folded hands praying, and church bells ringing in the background as the lyrics are sung. The song and the show are sponsored by Microsoft, and their Surface laptop was used to create the lyrics and melody, as viewers saw in this commercial. (Interestingly, the lyrics, “and I like girls,” were changed to “and I like her” in the official video.)

So, apparently, it’s great to proclaim confidence in who you are if you’re gay, but if you’re a Christian, shame on you! Because Christians are just hateful people who “don’t ask” about others because they don’t care about them. Right. And if we believe in the Bible and follow God’s Word, then we “ain’t livin.” What a great message to send to a teen audience. /sarcasm

If they’re “never changing who [they are]” why must Christians? We can see homosexuality as a sin and still love gay people. A true Christian who follows the Bible also follows God’s Word about putting others above ourselves and loving our neighbors as we love ourselves. That includes all sinners. A true Christian doesn’t believe they’re any better or above someone else just because they sin differently.

You can stay or you can leave, but this is us. And we’re not changing who we are for anyone or anything, either.