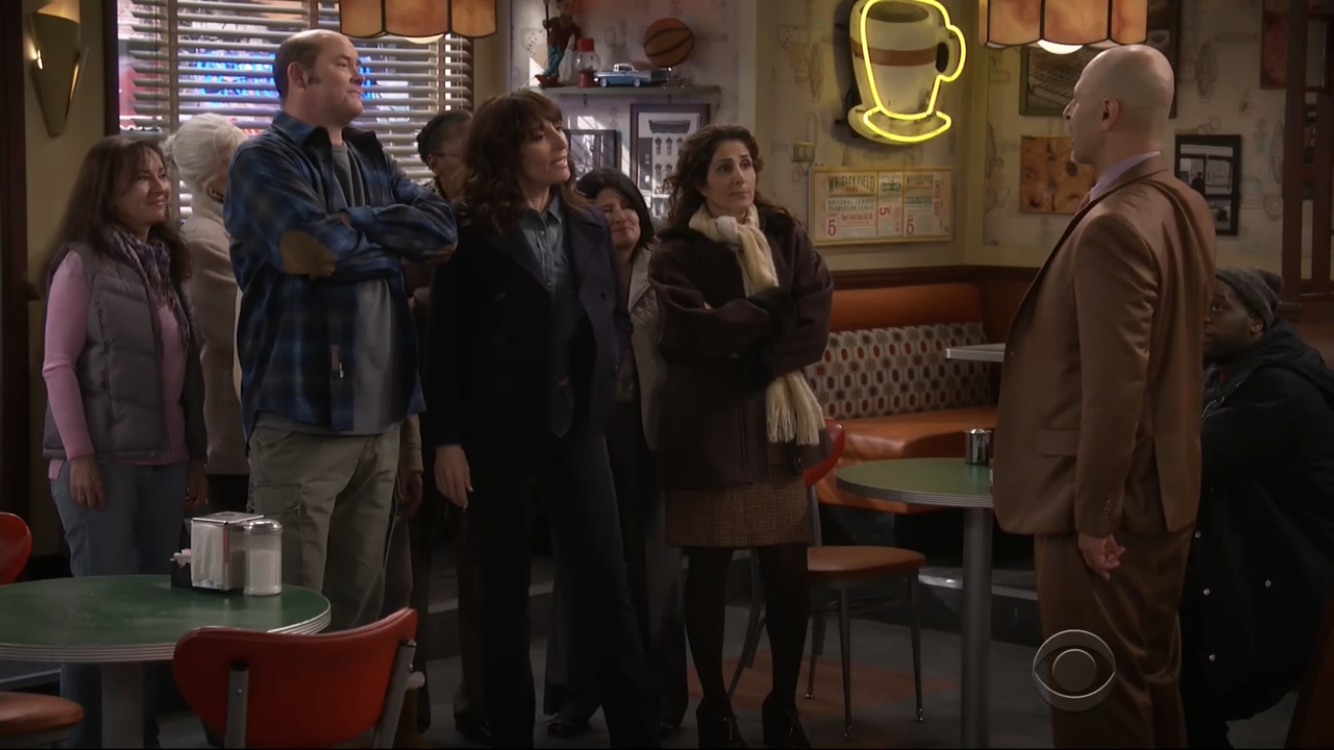 In case you haven’t seen the overused, far-left, anti-Trump hashtag, #Resist enough, the extremely liberal CBS “comedy” Superior Donuts made sure to repeat it in an outrageously biased and inaccurate portrayal of the debunked gender wage gap myth on Monday’s episode, “Sofia’s Choice.” And they threw in a bit of male-bashing for good measure, too.

Business owner and frequent donut shop patron Fawz (Maz Jobrani) announces that he needs to hire extra security guards after recent break-ins in one of his apartment buildings. He ends up hiring two other regulars from the shop owned by main character Arthur Przybyszewski (Judd Hirsch) - Carl 'Tush' Tushinski (David Koechner) and Officer Randy DeLuca (Katey Sagal) who is on a temporary leave of absence.

While on the job, Randy discovers that Fawz is paying Tush $20 per hour, but is only paying her $17 despite her being more qualified. Randy decides to confront Fawz about the issue and that’s when the gender wage gap myth is brought up, along with the anti-Trump “#Resist” cliché.

Fawz: Well... Yes. But that's because men have to take care of their families.

Randy: I have a daughter. Who's Tush supporting?

Tush: She's got you there. I have no one.

Fawz: Well, Tush started before you-- he has seniority.

Randy: Three days. And he spent one of them stuck in a stairwell.

Tush: You've got some pretty tough locks here. I'm not sure why you need us.

Fawz: Look, women in this country make 82 cents to the dollar compared to men. I'm paying you 85. #Resist, #ThatsWhatSheSaid.

Randy: Fawz, you have got to make this right. Equal pay for equal work.

Tush: Wait, what? Randy, I said keep me out of this.

After coming to the conclusion that “women earn less” because they “never talk about pay,” Randy brings all of Fawz’s female employees to the donut shop to confront him about how “the men get paid more for doing the exact same job.”

Fawz: Linda? Tiffanie? You... From the travel agency?

Randy: We want a raise.

Fawz: What? No. Especially not Linda. She just took three days off to have a baby.

Tush: I wasn't gonna get involved, but right is right.

Tush: Dammit, these gals deserve a raise and maternity leave. And it wouldn't kill you to pay us a compliment every once in a while-- they're free.

Fawz: Wait a minute, if you're all here, who's minding my stores?

Randy: All those well-paid men.

Fawz: What? No, they're idiots.

Randy: Well, that's all you got left. Ladies, sit, have a donut.

Fawz: Okay, okay, fine, fine. I will pay you exactly the same as the men. All right. Which is still 20% below the industry average. Come on, I need a win here.

Randy: All right, we'll take it.

Fawz: Okay, great, come on, back to work. Back to work, let's go. Come on, come on. And, Linda, please, no more breastfeeding during lunch. We have a closet for that.

So, if men aren’t being “dopes” or “idiots,” they’re being cruel, sexist business owners? Right. #CancelThisRidiculouslyLeftistShowPlease