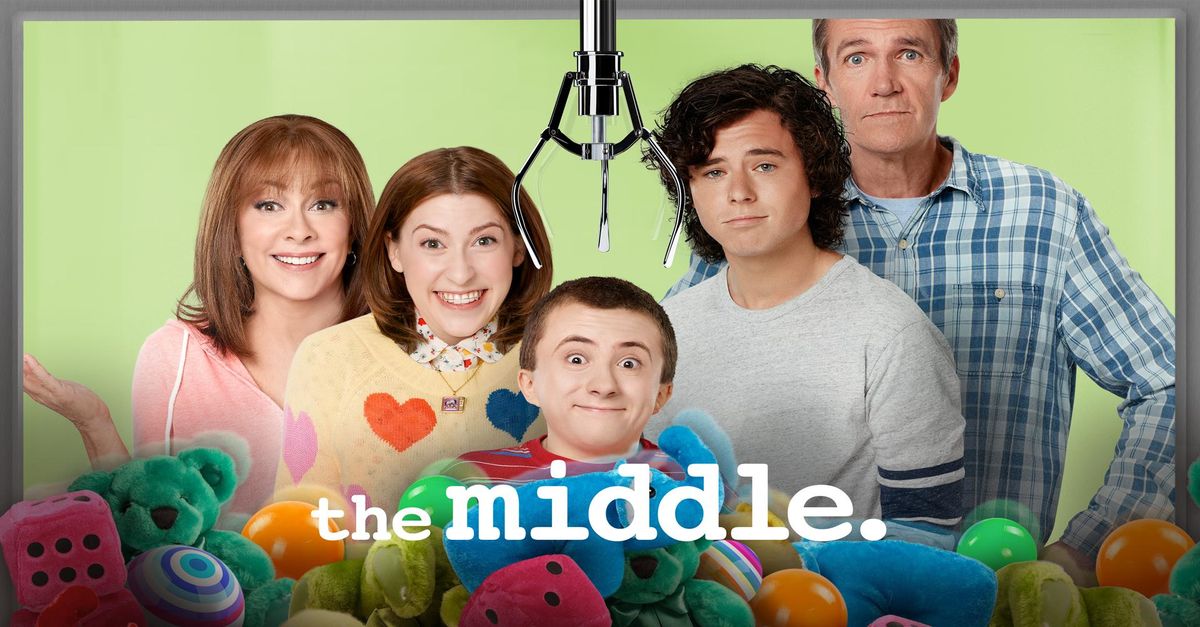 Tuesday night’s episode of The Middle, “The Confirmation,” could have turned out very badly given the subject matter. Parents Frankie (Patricia Heaton) and Mike (Neil Flynn) send their son Brick (Atticus Shaffer) off to “Wilderness Jesus Jam” camp to help him brush up on his knowledge of religion in preparation for his upcoming confirmation.

Trusting an ABC show to handle Christianity with respect and honesty is usually a stretch. But surprisingly, though the camp was silly and over the top, there wasn’t anything offensive about it. In fact, those who have ever been to church summer camp would probably have a good laugh over the “Jesus Jeopardy” questions and the camp leader who turns everything into a song.

What was more surprising, however, was the message at the end of the show. Brick happened to meet the boy that he was switched at birth with at the church camp, which led to the two families meeting to reminisce about the experience.

Frankie worried that perhaps Brick would have preferred to be raised by the family he had mistakenly been with for the first month of his life, since she feels they’re more normal and sentimental than she is.

But Brick put her mind at ease when he reassured her that he’s happy right where he is and that the other family is too boring for him.

Brick: You guys make life interesting. Besides, no great author ever came from a functional family. You people are gonna make great characters in my book someday.

Which led to a touching montage about the importance of faith and family, complete with a song from the Wilderness Jesus Jam leader:

Frankie: So on Brick's confirmation day, the most important thing he confirmed was that he wanted to be with our family. God knows why.

♪♪ Sometimes it'll drive you up a tree ♪♪

♪♪ Where you'll see other families from way up high ♪♪

♪♪ The grass looks greener on the other side ♪♪

♪♪ Well, come down from that tree ♪♪

♪♪ Go pull out the weeds with your family and faith ♪♪

♪♪ 'Cause family and faith are the best things on Earth ♪♪

♪♪ Even if you were switched at birth ♪♪

♪♪ Family and faith are all we got ♪♪

♪♪ Even if the one you got don't seem so hot ♪♪

♪♪ It's your family ♪♪

Wow, right? Hard to believe that came from Hollywood! Scenes like these are about as rare as being switched at birth. In the real world, anyway.

We could certainly use more pro-family, pro-faith messages like this one in the world of entertainment, though. Because yes…family and faith are the best things on earth.