The pilot episode of FOX’s new, racially charged show, Shots Fired, fans the flames of anti-police sentiment with its depiction of the Black Lives Matter world where black people are disproportionately mistreated by police and the police force is run by corrupt white men.

Shots Fired, which aired March 22, revolves around the investigation of the shooting of an unarmed white man by a black police officer in North Carolina. Department of Justice (DOJ) Special Prosecutor Preston Terry (Stephan James) and Investigator Ashe Akin (Sanaa Lathan) are sent down to investigate and the tone for the show is set when Terry gives a press conference about the shooting and racial tensions quickly boil over.

White Reporter- We've all seen the cell phone footage. The officer is black, the victim is white.

Black Pastor- What I don't understand is why you're here. All the murdering of unarmed black men by police across this country, and this is the one that the government is investigating?

Black Pastor- I'm sorry, when is the last time you were pulled over by the police and didn't know if you were going to make it out alive?

Terry- Listen. As a prosecutor it is my job to ignore all personal biases and to focus on the truth. And I must admit, that can be hard. That can be tough. See, when I watch recent video of Laquan McDonald, of Tamir Rice, of Walter Scott, shot in the back, murdered while running away from a child support payment, I am sickened. Sickened by the utter lack of humanity displayed by those officers and angered at the arrogance of their lies. See, now, they knew that there would be an assumption of innocence not because of blue, but because of white. And now an anomaly has occurred. A black police officer has shot and killed an unarmed white man, and they have sent in the cavalry. Now, is the cavalry here to bring justice to the unarmed white man, or to exonerate an innocent black police officer? I won't know until I've garnered all the facts of the case. But I am here because every citizen deserves a system that is fair and transparent. I am here because we are creating a generation of Americans who are becoming quickly disillusioned with the post-racial America we like to tout. The fact that not even a day into this case, and already we see it's about race. But I am not disillusioned. I am working this case as a prosecutor trying to determine what happened that day between two men. And I believe that my success will serve as an example to us all of why we have got to start putting each other's humanity first. None of us will like the America we end up with if we don't start working very hard at this. And that work begins today. Thank you. Thank you very much.

The show's bias can be summed up by this question at the press conference: “All the murdering of unarmed black men by police across this country, and this is the one that the government is investigating?” Of course, in reality, it’s the opposite. No one ever hears about the white people shot by police, yet everyone knows all the names and stories of each black man shot by police. The prosecutor himself names Laquan McDonald, Tamir Rice, and Walter Scott but doesn't mention that each of those police shootings was reviewed and investigated by the DOJ.

Everyone knows the name Michael Brown (and the Department of Justice investigated the Ferguson shooting, too), but how many know about unarmed, white 19-year-old Dylan Noble who was shot by the police? How about white teen Gilbert Collar, killed by a black cop? Zachary Hammond? They are not household names. Moreover, white people make up 50 percent of the victims of fatal police shootings while black people make up 26 percent. And, while black people may be more likely to be stopped by police, white people are actually more likely to be shot during a police stop.

But Shots Fired is clearly not interested in facts, as showcased by the first scene of the episode. At the site of the shooting, a black bystander who tells the police, "Payback's a bitch," is shoved by a white cop and the show perpetuates the false narrative of “hands up, don’t shoot” by having the surrounding crowd silently raise their hands in the air in response to the rough cop.

Through the course of their investigation, Terry and Akin hear from a black mother whose son died under mysterious circumstances and she claims the police threatened her to keep her quiet. Akin says the death "has everything to do with" their case and that it proves "the department is obviously corrupt." 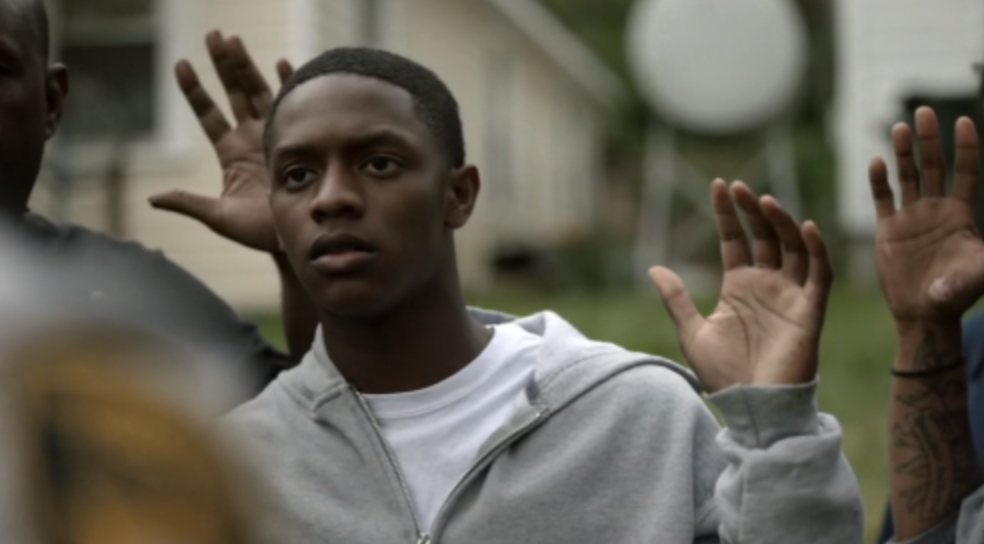 The show not only promotes the false agenda that police officers are out to get black people, but it also puts down any attempts to look at the world with a color-blind lens. While being interviewed for the job as special prosecutor, Terry explains, “All I care about is the truth. And my truth has no color.” The response he receives is, “That's a lovely naiveté.” 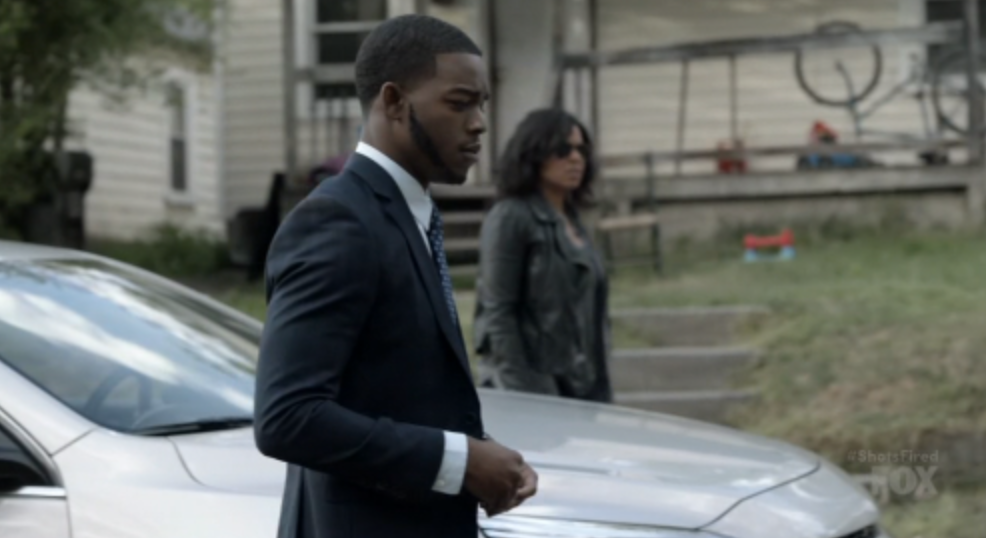 But, just in case you had any remaining hope that the show would handle the shooting and racial fallout impartially, while discussing his role in the show, actor Tristan Mack Wilds (playing Deputy Joshua Beck, who shot the unarmed white person) stated the intent to use “art as a weapon." He said, "There’s only so much you can do with a hashtag or a retweet. As artists, we don’t get enough opportunities to do something of this magnitude that speaks to our social climate and who we are as human beings and, better yet, as Americans.” Because what America needs in this time of racial tension is another polarizing show villainizing police officers and whites.