HBO's The Young Pope reached its halfway point on January 29, bursting at the seams with nonstop vileness and slights against the Catholic Church. The show’s fifth episode contained a little bit of everything, with Pope Pius XIII (Jude Law) groping a young woman, calling all priests and nuns “unhappy” and "cowards,” and denying that he’s a priest to a prostitute.

The episode begins with Ester (Ludivine Sagnier), who is trying to become pregnant, sitting with Pope Pius, unbuttoning her blouse, placing the Pope’s hand on her stomach, and saying, “They say you’re a saint. They say you’re a saint who performs miracles,” before praying a Hail Mary. She then unbuttons her blouse even further and moves the Pope’s hand up to her breast.

In response to Ester’s advances, the Pope tells her, “I love God because it’s so painful to love human beings.  I love a God that never leaves me or that always leaves me. God, the absence of God... Always reassuring and definitive. I'm a priest. I renounced my fellow man, my fellow woman, because I don’t want to suffer. Because I’m incapable of withstanding the heartbreak of love. Because I’m unhappy. Like all priests.” He continues, “It would be wonderful to love you the way you want to be loved. But it’s not possible. I’m not a man. I’m a coward. I am a coward. Like all priests.” Farther off, Cardinal Voiello is snapping photographs of the exchange while having a lip-reader relay the conversation to him. Cardinal Voiello clearly looks touched and ends the photographing.

Later on, Cardinal Voiello repeats the same “wonderful words” to Sister Mary, telling her, “Because we are unhappy. Because we are cowards. Like all priests and all nuns.” Sister Mary replies that not only are his words “beautiful,” but “they’re true.” Apparently, the Pope’s speech on the cowardice and unhappiness of all priests and nuns was so stirring that it moves Cardinal Voiello to give all the evidence of the Pope and Ester’s scandal away to Sister Mary. He tells her, “You were right. Your pope really is a saint.”

As if the Pope hasn’t committed enough heresy, another scene involves the Pope and his friend, Cardinal Andrew Dussolier, socializing with a prostitute. While looking for cigarettes in town, the two gawk at a sexy woman and follow her into a bar. When she tells them they look like “a couple of priests,” they laugh and shake their heads before the Pope responds, “We’re not priests.” After a lovely conversation where the prostitute tells them that she has clients “who insist I am proof of the existence of God,” Dussolier raises an eyebrow and glances at the Pope, the Pope and Cardinal decide to return home rather than continue to fraternize with the woman. 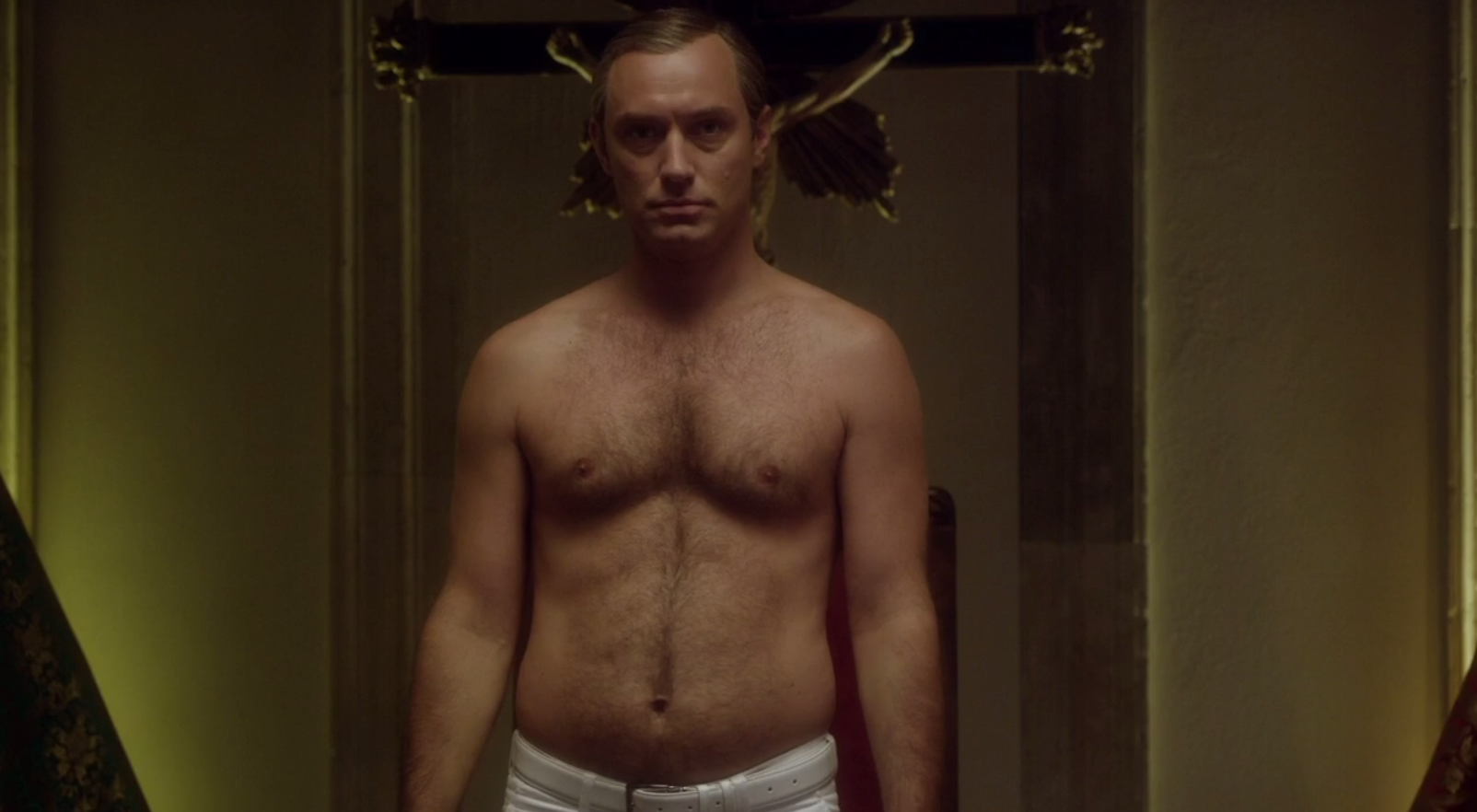 The show tries to balance out the extreme liberalness and lewdness with a militantly conservative address by the Pope to the College of Cardinals in the Sistine Chapel in which the Pope declares, “From this day forward, everything that was wide open is gonna be closed. Evangelization? We've already done it. Ecumenicalism? Been there, done that. Tolerance? Doesn't live here anymore.” He adds that “sin will no longer be forgiven at will” and that “there is nothing outside your obedience to Pius XIII. Nothing except Hell. A Hell you know nothing about. But I do. Because I built it.” After his regal speech, three Cardinals stand up and kiss his feet.

As if the entirety of this episode wasn’t bizarre and heretical enough, the show continues to make tiny jabs at the Church in any way it can. Sister Mary appears in one scene donning the same t-shirt from an earlier episode, which reads, “I’m a virgin but this is an old shirt.” The end of the episode has a shirtless Pope dressing himself while LMFAO’s song “Sexy and I Know It” plays in the background.

As always, HBO continues to do a good job of combining melodrama with obscenities and heresy.