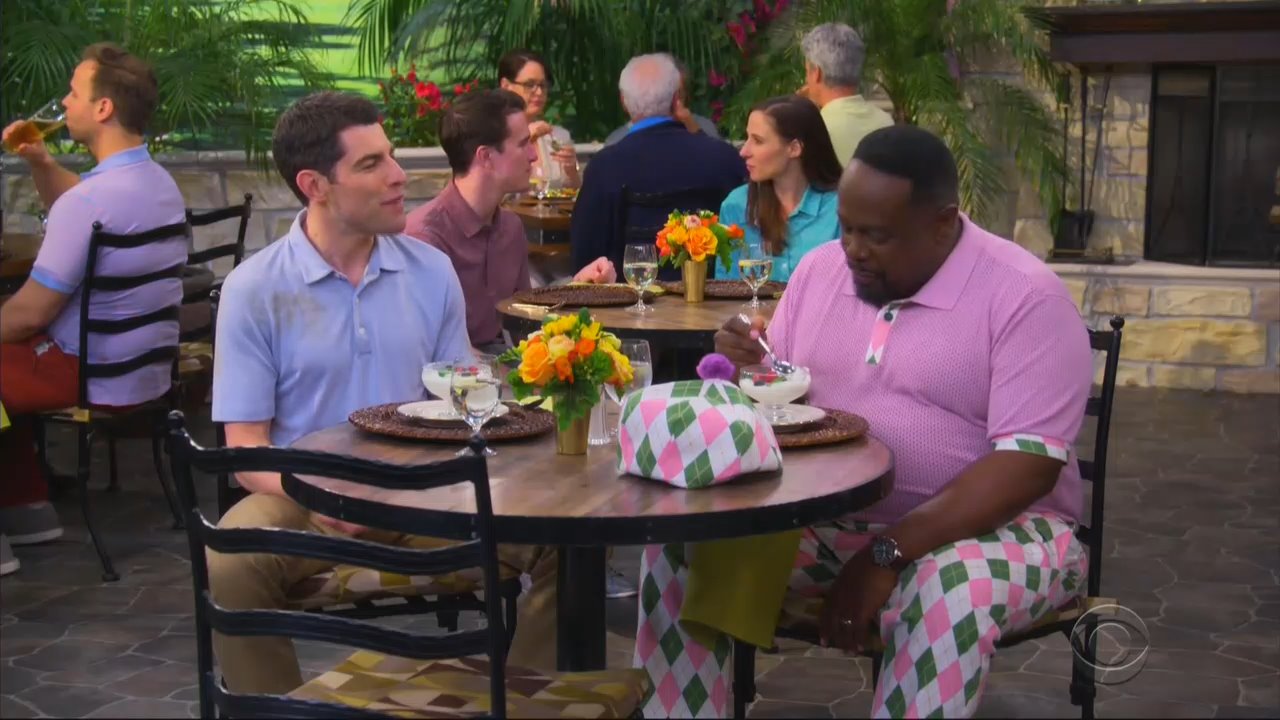 Monday night, CBS’s new comedy, The Neighborhood, closed out its first season with a blunt reminder of their liberal agenda. This time was slightly different, though. In a failed effort to make this episode unique, instead of tackling racism, they tackled...white privilege. Ok, so maybe it wasn't really all that different.

In the episode, titled “Welcome to the Conversation,” Calvin (Cedric the Entertainer) takes Dave (Max Greenfield) to a golf club where Calvin is noticeably the only black person. When Dave notices Calvin going above and beyond in the way he treats the staff, Calvin explains he is held to a higher standard as a black person at a club with mostly white people. This opens up a broader conversation about “white privilege.”

Later, when Dave is able to get them seated faster than Calvin, the server explains it away as a mistake. Dave believes this, but Calvin is sure there is a different explanation. This leads Dave to accuse Calvin of being oversensitive, leading to an argument about white privilege.

Dave: Okay, you know, Calvin, tell me this, if this place is so racist, why were you willing to eat here?

Calvin: No one said it was racist. I just saw an opportunity to use your white privilege. And it's delicious.

Dave: I got a table by mistake. I don't think that's exactly white privilege.

Calvin: See? That's white privilege right there. Not knowing that you're benefiting from it.

Dave: Okay, I-I know that I have certain social advantages on occasion because of the color of my skin. I'm woke.

Calvin: (Laughs) Dave, you about as woke as I am when Tina puts on a movie with subtitles.

Calvin: (Sighs) Dave, your white privilege isn't something that kicks in on occasion, it's something you benefit from every day. You play by a different set of rules. It's like life is golf, and you get to tee off from the women's tee, which you did.

Dave: Only once, and that was after that goose dug me up in the sand trap.

Calvin: (Chuckles): Look, look, man, it doesn't even matter, all right? I'm not mad at you for it.

Dave: Okay, well, with all due respect, I Ju-- I think you're seeing something that's not there.

Calvin: Really? Okay. Put this on.

Dave: Yeah, well, there's a no-hat policy. They made you take it off.

Calvin: Exactly. But I bet if you put it on, nothing will happen.

Dave: Except maybe me looking better in it than you.

Dave: Okay, yeah, fine, but you'll see. The same rules that apply to you apply to me. All right. I just hope people notice me in it.

After Dave agrees to wear the hat in order to prove Calvin wrong, he begins to see Calvin’s point.

Dave: This food was delicious. I, uh, tip my hat to the chef. But I do not take it off.

Calvin: It's been ten minutes, Dave. If that loud "Phone call" thanking your hatmaker didn't work, I don't think anything will.

Dave: You're right, I'm probably being too subtle. Uh, he-- excuse me, bartender? Uh... I know it's only the afternoon, but I sure could use a nightcap. (Chuckles) Do you know how to make a Man-hat-tan?

Calvin: (Chuckles) I mean, do you believe me now, or should we both go outside and see who can hail a cab?

Dave: No, you, you. Perfect. Anything you want to say to me? You know, off the top of your head?

Manager: Um, I hope you had a pleasant experience at Hillmount?

Dave: How can you say that?

Manager: Because they tell us to?

Calvin: See? I told you so. Huh-- do you remember the rules now? You're letting him walk around with the hat on, but you made me take it off.

Dave: Well, you found it, because you're messing with the wrong woke white dude. The rules should be the same for everyone. I mean, did you see what just happened here? This was a travesty!

Calvin: Okay, Dave, chill out. I still have a cappuccino coming.

Calvin: Dave, that's my hat, man. What the hell?

Waiter: Excuse me, sir, sir, I'm gonna have to ask you to leave.

Dave: Why? Because he's black?

Waiter: No, because you're trying to start a riot.

Dave: (Chuckles) No, I'm trying to start a revolution.

Apparently The Neighborhood hasn’t beaten the dead horse enough yet, as they saw fit to teach us yet again why black people still have it so much harder than white people in America even though we have come so far. Yet somehow it isn’t white people getting scholarships to college because of their skin color.