Is CBS’s New Comedy ‘The Neighborhood’ ‘Racial' or 'Racist?’ 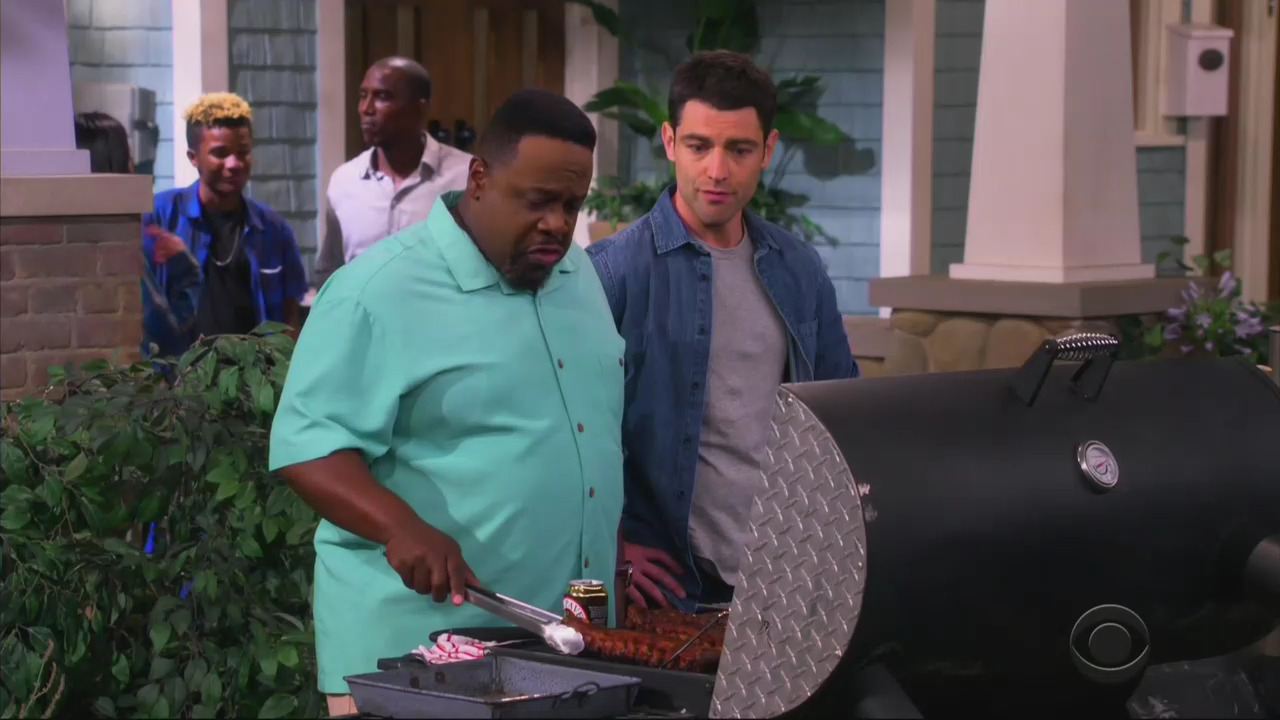 Monday night, CBS’s new comedy The Neighborhood took on one of the biggest hot button topics of this generation—race. Of course, we have seen this concept done before: A family of one race (here, the Johnsons) moves into a neighborhood full of residents of another race, where they meet their new neighbors (the Butlers). And perhaps the most predictable part of the plot line — the family patriarch (Calvin Butler, played by Cedric the Entertainer) isn’t happy about his new neighbors because they are white—wait, what? Maybe not so predictable.

White Mid-westerners Dave (Max Greenfield), Gemma (Beth Behrs), and their young son Grover Johnson try to be amicable in their new "diverse" neighborhood. Dave’s friendly efforts are evident from the moment Calvin and his wife, Tina (Tichana Arnold), show up on their front door step. Tina invites the Johnsons to Yardecue Day, their neighborhood barbeque, to Calvin’s dismay - when he heard the name Johnson, he was expecting "another successful black family moving into that nice house."

When Marty (Marcel Spears), Calvin’s son, stops by to say hello he reveals Calvin’s displeasure with Tina’s invitation and Dave becomes hesitant about actually attending the barbeque. But Marty says that it would be racist for them not to go. Gemma protests, “If anyone's being racist, it sounds like it's your dad. ”

Regardless of the Johnsons’ efforts, it’s obvious that Calvin is set on making them out to be racist no matter what, even saying Dave's friendliness is racist. Calvin explains to his son, Malcolm (Sheaun McKinney), that there are actually two types of racists - "ones who hate black people and ones who love black people." Damned if you do, damned if you don't.

Malcolm: Look, why are you so mad that that guy's coming over here?

Calvin: Because it's Yardecue Day, and this is my house, and I don't like that guy.

Calvin: Because he's too familiar. He acts like he knows you when he doesn't, and I can't stand that.

Malcolm: It sounds like he's just being friendly, Pop.

Calvin: Exactly. It's weird, man. And I'm pretty sure it's racist, too.

Malcolm: (Scoffs) Oh, man, he's cool. The first thing he did when he got here was shake my hand.

Calvin: Son, look, you're only saying that because you don't know there are two types of racists: There's ones who hate black people and ones who love black people. A white guy trying to shake your hand? (Scoffs) Stay woke, son.

Malcolm: Is this meat the only thing you been smoking all day?

Calvin: Son, look, there are some white people that love black people just because they're black. Makes them feel all good on the inside. You know, like they're doing us a favor. "Hey, I have lots of black friends. I'm a good person. I find Rihanna very attractive."

Malcolm: So, basically, you think this guy is racist because he's too nice to you?

Calvin: Think about it. Would you be nice to me if we just met?

Calvin: Besides, man, this is a black neighborhood, something built for us by us. You let one family like that move in, and next thing you know, it's gonna be a bunch of dudes jogging around in their little short shorts, walking their vegan labradoodles.

At the party Calvin continues to grouse that Dave's friendliness proves he's racist: "I've been giving this guy a hard time all day, yet he's still being nice to me. Why? Because I'm a black man. It's like affirmative action for friends."

But Dave explains his politeness is not racism, it's just being neighborly in a new place: "Look, I just want to be friends with my neighbors. And yeah, maybe I'm trying a little extra hard because I'm the only white guy around. If that makes me seem racist, then I'm sorry."

The comedy seems to take a fair and balanced approach to the issue of racism, which has us conservatives turning heads. Are we really watching CBS? But wait for it…at the very end the “aha” moment comes.

Dave: I kept trying to be a good guy today, but no one seemed to see me that way.

Malcolm: Yeah, well, you know, it's hard when you see yourself one way, and the rest of the world, they... see you another. Doesn't feel very good, does it?

Dave: Nope. Not at all. Look, you know... (Sighs) This is gonna sound corny, but I-I really believe that if people would just focus on what we have in common instead of how we're different, we could solve so many of our problems.

Apparently it’s not as simple as just getting along— after all, it’s not like we haven't had practice with integration in other parts of our society, like school and the workplace. Don’t worry, though—CBS is going to teach us exactly how to properly understand each other—because Hollywood’s always been good at that.