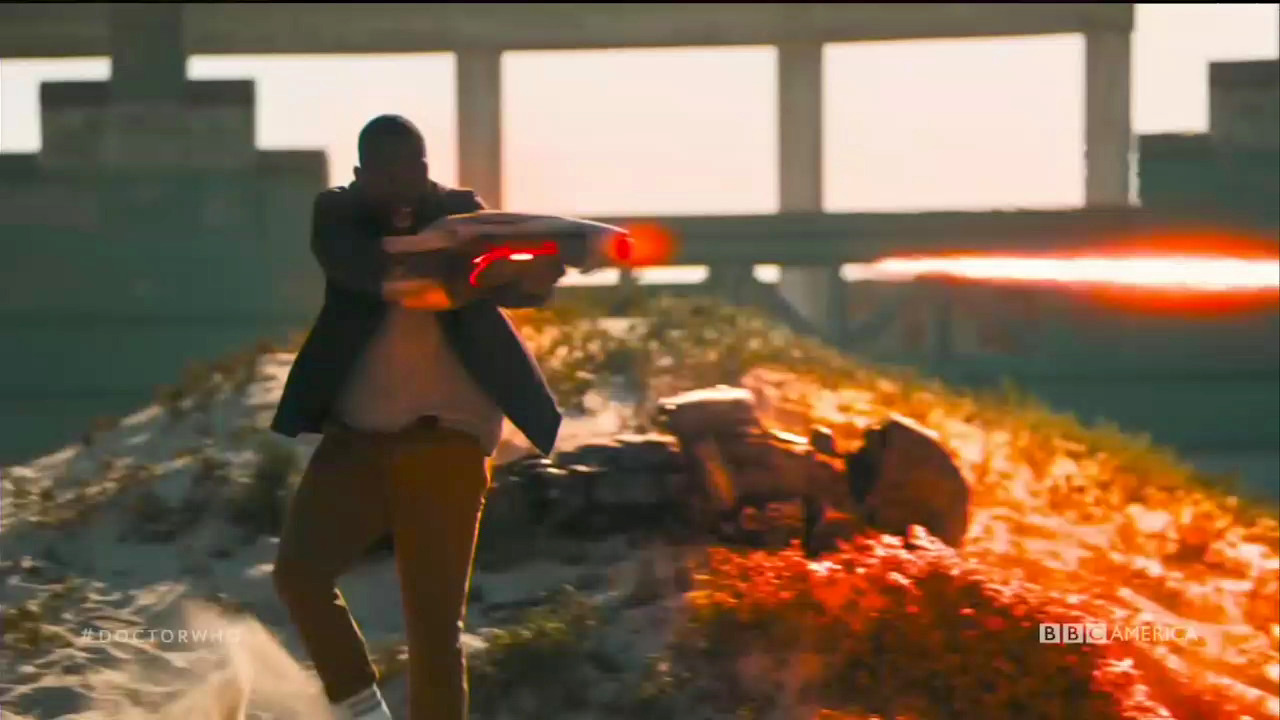 Sunday night, Doctor Who debuted its second episode in its much anticipated 11th season on BBC America. The show, a British classic beloved by many in America, typically stays away from politics as it focuses on a science fictional universe. That being said, it is somewhat known for its focus on diversity, pacifism and all things “anti-violence”--which, all things considered, I am mostly willing to tolerate in a world where almost every show is littered with explicit jabs at conservatives and conservative policy. In the episode “The Ghost Monument,” however, Doctor Who really put the “fiction” in science fiction with a bizarre anti-gun rant.

When the Doctor and her companions find themselves on a foreign planet they come into some lethal opposition. Ryan Sinclare (Tosin Cole) suggests something reasonable--using a gun for self defense. To his surprise, the Doctor (Jodie Whittaker) is not on board.

Yaz: Got anything there, Doctor?

The Doctor: Information. Oh, that's bad. They're sniperbots. We just walked into the middle of the shooting range. Everything within the perimeter is target practice.

Graham: Which would explain all the targets in here. And looking on the negative side... They're human-shaped targets.

Ryan: If that's the way it is, time to stop messing about.

The Doctor: What are you doing?

Ryan: They're shooting at us.

The Doctor: I know.

Ryan: They're gonna kill us with their guns.

Graham: He's got a point, Doc.

The Doctor: Put the gun down, Ryan.

The Doctor: Outthink them.

The Doctor: Been doing it all my life.

The Doctor: Made it worse?

The Doctor: Now do you see why I don't like guns?

Ryan: Don't go on about it.

The Doctor: I will go on about it, a lot. They're here. Take cover behind the pillars.

Graham: With no way out whatsoever.

The Doctor: But here's the lesson -- the answer was on the floor. You just reached for the wrong thing.

Ryan: What are you talking about?

The Doctor: The best thing about robots is they're -- they're powerful, literally packed with power. Oh! Superpowered.

The Doctor: Thank you. I aim to please.

Yaz: What exactly did you just do?

The Doctor: Electromagnetic pulse. Basically fried their systems. I reckon we've got about five minutes before they reboot and recover. See? Brains beat bullets.

“Brains beat bullets?” Really? Maybe if you’re an alien who literally has 9 lives--actually more (thanks to the Doctor’s regeneration powers) that’s easy to say. Last time I checked that doesn’t apply to any of us on planet earth. So, until I develop supernatural capabilities and the ability to time travel, I am going to hang on to my Second Amendment right. Of course, this is technically British television so I guess that’s a different story for them.

The character of Doctor Who has historically been a man and the fact that this thirteenth iteration is a woman was greeted with great celebration on the left. I think they’re looking to become more “socially” politically involved and if the Doctor's words are any indication, "I will go on about it, a lot," there's plenty more to come.