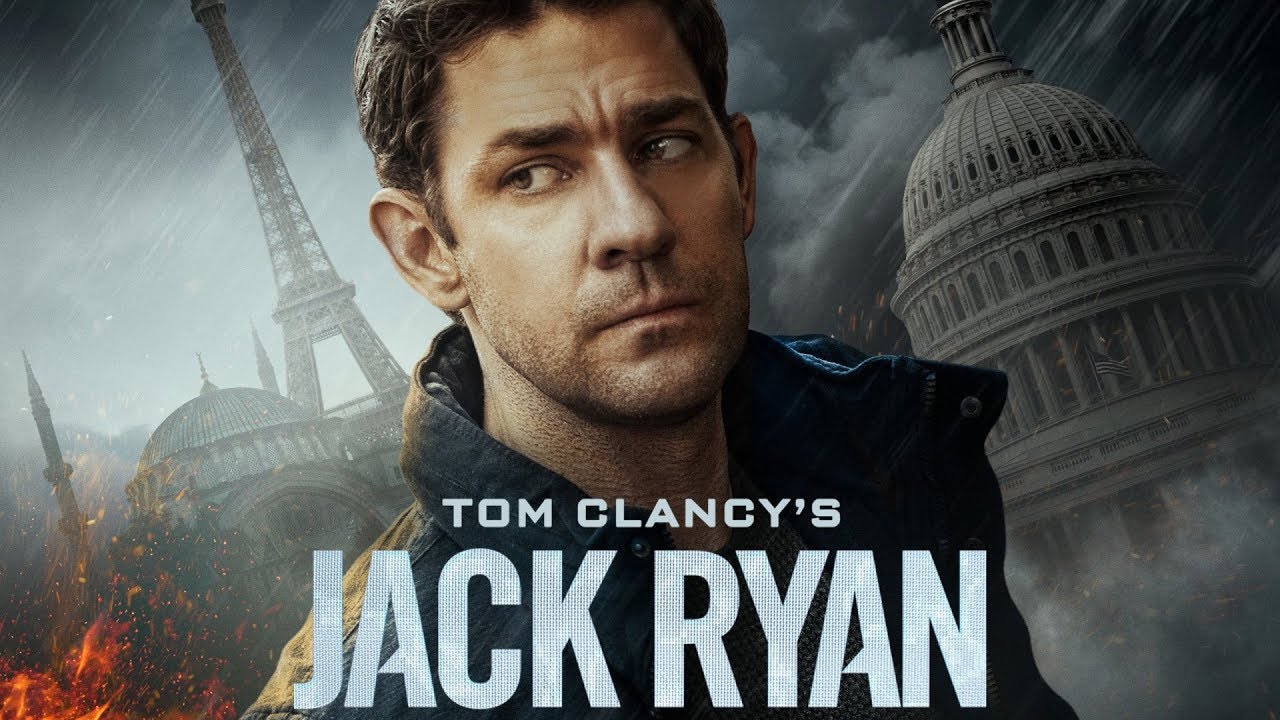 Amazon's Jack Ryan, starring John Krasinski, is back with a second season of the spy thriller. I loved the first season, full of action and patriotic pro-American fun. They got a little more political in this season and, Hollywood being Hollywood, they get it all wrong.

This season is centered on Venezuela, where a far right-wing nationalist is in power, and he is to blame for the horrible poverty currently plaguing the country. I'm not an expert on Venezuela, but I feel confident that right-wing policies aren't at the root of their problems. Socialism has destroyed what should be one of the wealthiest countries in the world. There's no food, no medicine, and inflation is so bad that their currency is essentially worthless.

In the first episode, "Cargo," Jack introduces the two Venezuelan presidential candidates to a class at the CIA. Americans are rooting for the current president's opponent in the upcoming elections - a young woman running on a "social justice" platform. Or, as Jack puts it, "Just not being an asshole."

JACK: The fact is that Venezuela is arguably the single greatest resource of oil and minerals on the planet. So why is this country in the midst of one of the greatest humanitarian crises in modern history? Let's meet President Nicolas Reyes. After rising to power on a wave of nationalist pride, in a mere six years, this guy has crippled the national economy by half. He has raised the poverty rate by almost 400%. Luckily for the rest of us, he's up for re-election. So, who's running against him? This is Gloria Bonalde. Now, Gloria is a history professor turned activist. She's running against him on a social justice and on the strength of, in my humble opinion, just not being an asshole.

So, we have an old, male right-wing "asshole" against the young, female social justice candidate. It seemed to me like they were trying to make her an AOC-type character. She's cheered in the streets everywhere she goes, the young people love her, and she doesn't seem to have any concrete plans on how to make anything better for her constituents. Of course, the viewer is supposed to be on her side, although Jack is later told by his friend Senator Moreno (Benito Martinez) to "tone down the asshole bit" because  "folks on the hill at least pretend to hide their bias."

Back in Venezuela, the president's right-hand man is upset that his young daughter is spending time with her "leftist friends" who love Bonalde's message. He's a mean patriarch trying to control his daughter, of course. When an American is killed in Caracas, President Reyes tries to blame it on a left-wing group, but John points out that they don't have any anti-American sentiment. Why would any of them have anti-American sentiment? Because of U.S. sanctions, which have people protesting in the streets, burning American symbols.

In the end, the world is made safer, and the cheating President Reyes is caught trying to rig the election and ousted. Bonalde wins 70 percent of the vote and, as she goes to meet her adoring fans, she puts her fist in the air to celebrate. In case that wasn't heavy-handed enough, they zoom in on the raised fist, which has been a symbol of left-wing groups starting with union groups 100 years ago, through the Spanish Civil War, into the black power movement of the 1960s, to today. I don't see her turning the economy of Venezuela around, but Jack and his team are thrilled.

Despite this, it's still a fun, action-packed show, and the Americans are still the good guys. It's entertaining to watch, if you can forget that they have the whole Venezuela thing backwards.