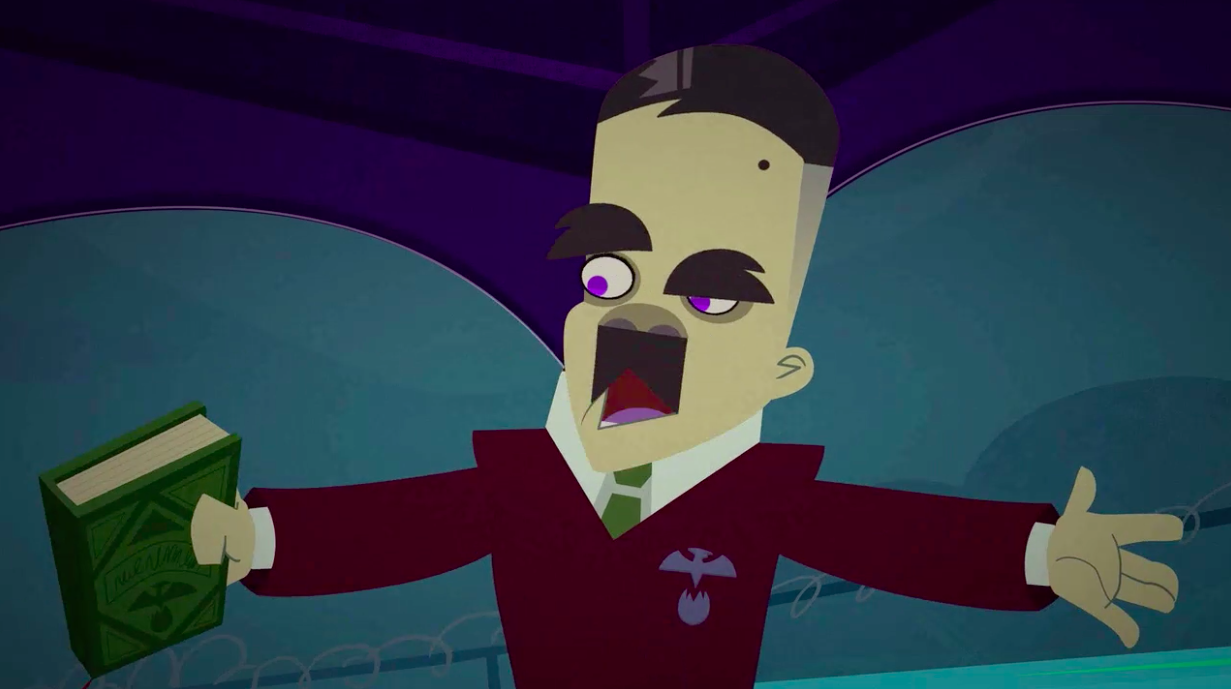 Have you been longing for a cartoon about drag queen superheroes? Nor was I, but on November 9 Netflix gave us one anyway. It's called Super Drags, which the streaming service describes as "three gay co-workers lead double lives as drag queen superheroes, saving the LGBTQ community from evil nemeses."

Super Drags is a Brazilian show that has been dubbed into English with "famous" drag queens supplying the voices. It's rated TV-MA, and they do try to make it fairly clear in a couple of places on the site that this is content for adults. But it's a colorful superhero cartoon and one has to wonder how many kids are even paying attention and going to hit play anyway. Hopefully people are making good use of those parental controls!

Throughout the series, there is one nemesis who remains constant and, of course, he is religious. And looks like Hitler. His name is Reverend Sandoval, he is always appearing on cable news, and he runs a gay conversion therapy camp, and his own son is in the closet. Let's get all the stereotypes in at once!

In episode 3 "The Gay Cure," Ralph, one of the three main characters, tells his father he's gay and is promptly kicked out of the house. He goes to Sandoval's Camp, which closely resembles a concentration camp, to get a certificate of heterosexuality so that he will be allowed back home, mostly to spend time with his sister. There, he meets (and falls for) Sandoval's gay son, and has several run-ins with Sandoval's wife. Here she is leading the camp in a song.

SANDOVAL: Now's the time. The time for all of us to salute the real reason we're all here. The restoration of our Utopia! The Pangea!

MRS SANDOVAL (Singing): The world was perfect several millenniums ago. Male and female reproducing. Salvation of the species was guaranteed, until there came a meteor and brought the gay virus to the sacred land, but the evolution made the hetero save himself, and we continue our mass...ass..ass..ass.ass.

After this song, it is discovered that two of the drag queens are undercover in the camp, and the Sandovals try to murder them. They tie the two back to back and lower them into a pool to drown or, as Sandoval puts it, "Let's drown these sinners in the waters of king's come." This show is as subtle as a hammer, and this episode is lousy with jokes about that particular word. 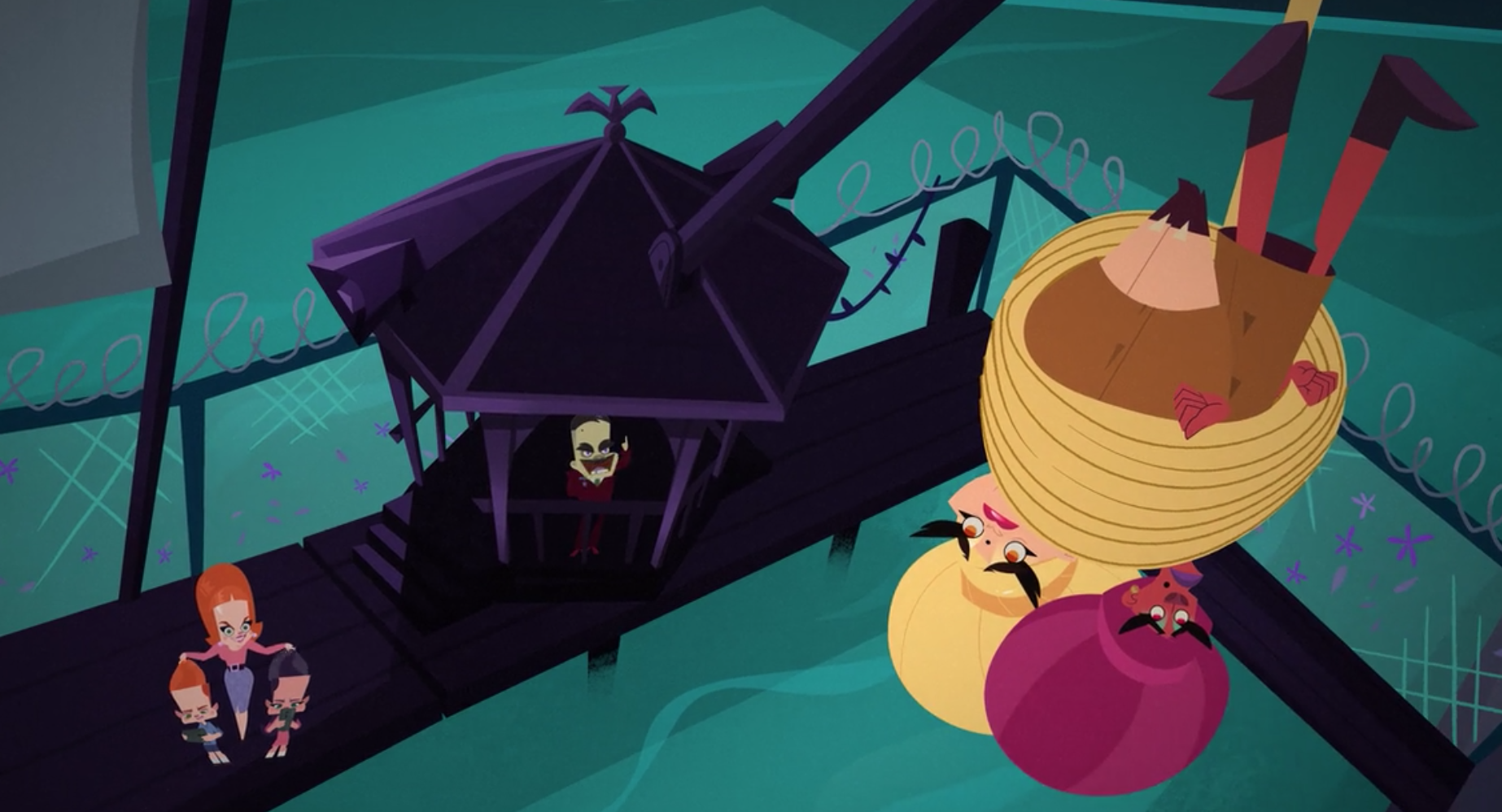 When Ralph sees that his friends Lemon Chiffon and Scarlett Carmesim (Nee Donzinette and Patrick) are about to be killed, he turns into his superhero altar ego (who is called Safira Cyan) and saves them. How? He uses his "weenie wand" to put a protective force field around them, then sends them the magical medallions that allow them to turn into superheroes as well. The force field? It's a giant condom. That is the level of humor this show employs.

In the end, the camp is shut down and all of the men have a pool party where Lemon and Scarlett were nearly drowned, joined by several staff members who were secretly gay the whole time.

Although they are not described as Christians, the Sandovals are people of faith and much of the language they use (that of a King, for example) has Christian tones. Plus, there's the obvious fact that he looks like a tiny Hitler, complete with an odd emblem on his suit that is reminiscent of Nazi paraphernalia. I would like to think that they're suggesting that only someone like Hitler would act like this (seeing as he did try to exterminate gays, that would be a fair comparison), but I have a sneaking suspicion they're suggesting people of faith are totalitarian.

Throughout this five-episode series, these people of faith are evil, and they're also just no fun. They do everything from trying to stop a drag queen from performing a concert to attempted murder. Meanwhile, the characters are victims who are just trying to be themselves in the face of constant oppression. I think most people would object to "willie wands," secret lairs that are only accessible by jumping through an anus, and pants that allow a person's genitals to swing freely around the place, (be thankful I didn't provide any video evidence of those things) but maybe I'm just one of those crazy people of faith, too.