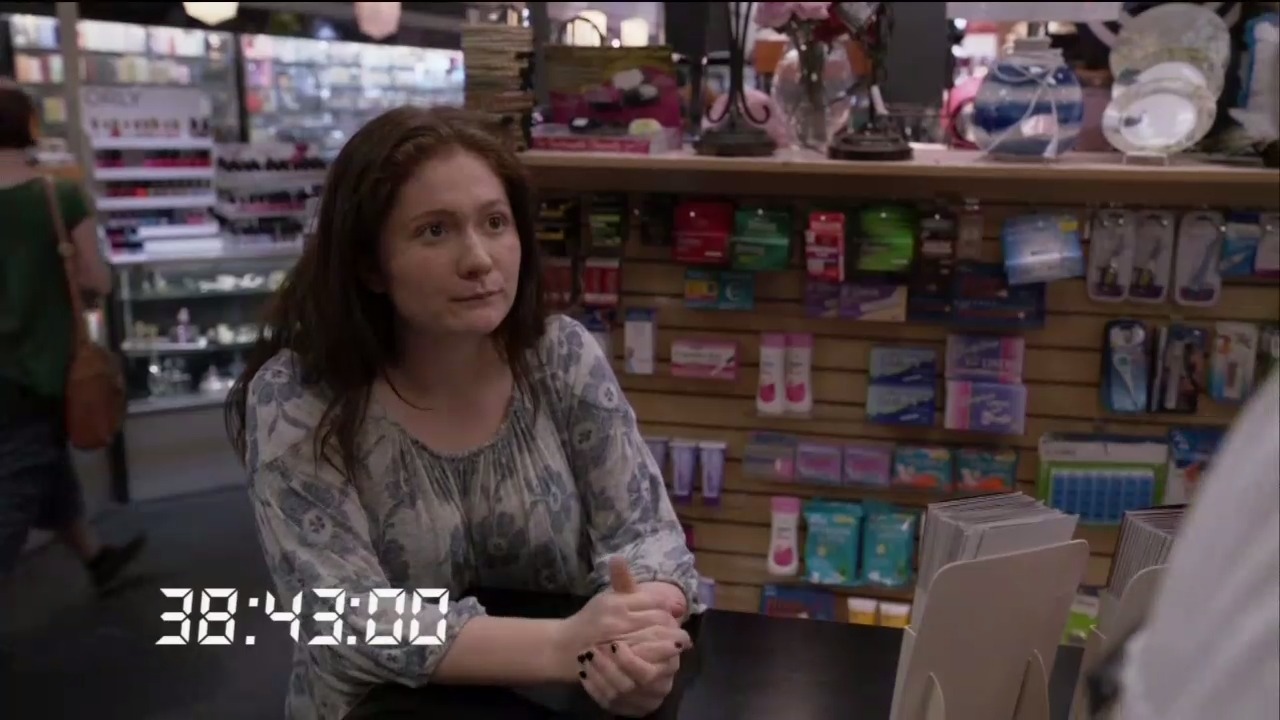 On the December 10 episode of Shameless, we are reminded that teen mother Debbie is a hot mess, as she spends the episode "Icarus Fell and Rusty Ate Him" trying to get her hands on the morning-after pill so that she doesn't end up having a second child on the way at the tender age of sixteen.

Last week, after she unexpectedly saw her ex (and the father of her first child, Franny), she reacted by taking her baby and her friends and going on a drug-fueled road trip. It turns out that she was not practicing safe sex with some guy she barely knows and, when we catch up with her, she's just finding out that they've had unprotected sex.

Like a PSA, Debbie appears to know off the top of her head that you need to take the morning-after pill within 72 hours of unprotected sex for the greatest chance of it being effective and immediately starts a mental timer. We see the timer ticking away on the screen as though this is an episode of 24. Does that make her baby (if she's even pregnant) a terrorist?

Debbie: I am not gonna make the same mistake twice. No, Franny, uh, you're not a mistake. That's not what I mean. Okay, I'm gonna go to the pharmacy. I need to get the morning after pill. Can you watch Franny and give me your car keys?
Man: What's the big hurry?
Debbie: What's the big hurry?! I've got less than 67 hours to swallow that pill. Or else I'm going to have to make the same decision that led me to have Franny, whom I love more than anything in the world, but if that little seed plants itself, I'm not for sure certain that I can get it scraped out! And I've already got my hands pretty goddamn full, so do not tell me to chill the fuck out!

Apparently, they had sex another time that she forgot about, cutting her time down again, so time is of the essence as far as Debbie is concerned. We would hate for her to have to make a decision about getting her baby "scraped out" of her body. At least Shameless didn't try to couch abortion in cute terms, trying to make it seem painless or easy. At no point does Debbie talk about adoption or abstaining from the unprotected drug-fueled sex that got her into this predicament.

The first drug store she tries is out of the pill because, as the pharmacist tells her, "People stock up on the weekends, especially since the casino opened." You mean people are choosing to behave irresponsibly knowing that they won't have to face any of the consequences of that behavior? You don't say!

When she goes to the next store, she runs into another issue. She's in Missouri, where you have to be 17 to buy the morning after pill, and Debbie is still only 16. "If I'm not 17, I have to have another baby?" she asks the pharmacist. No. You clearly know how babies are made, since you had the first one, so you could abstained from that activity and avoided potentially creating a second one.

She waits outside the drug store for an adult woman to approach to buy the pill for her. When Debbie approaches one woman, she begins by saying, "Excuse me, ma'am? Would you please help me? I made a mistake and I'm trying to take responsibility for it." This is her idea of taking responsibility for it? Preventing implantation of the embryo so that the result of her "mistake" would disappear? That's not what taking responsibility means. The woman seems to agree with me, because she tries to pocket the cash and take off, leading to a fight in the parking lot which, in turn, leads to them both being arrested.

It turns out the other peach of a woman is pro-life, and we see her shrieking at Debbie from her jail cell "Baby killer!" and "How would you like it if somebody scraped you out of their vagina?!" The 16-year-old responds with, "Oh, I would be fuckin' fine with it because it would mean I'd never met a stupid cunt like you who thinks she knows what to do with other people's uteruses!"

The woman later tells Debbie that she's unable to have children. It seems like viewers are supposed to take this as an explanation for her pro-life beliefs, like you can't just be pro-life for the sake of the woman and child. It has to be because something hasn't gone according to plan for the pro-life woman, and it has made her this way. If the realization that a baby she carried could be the child another family has been waiting for moved Debbie at all, it didn't last long. She is bailed out and, in the penultimate scene, with only seconds left on the clock, one of her friends pretends to be a terrorist to clear out a pharmacy so that she doesn't have to wait in line.

A 16-year-old getting arrested trying to get the morning after pill to avoid a second pregnancy after unprotected, drug-fueled sex? Shameless lived up to its name this week.