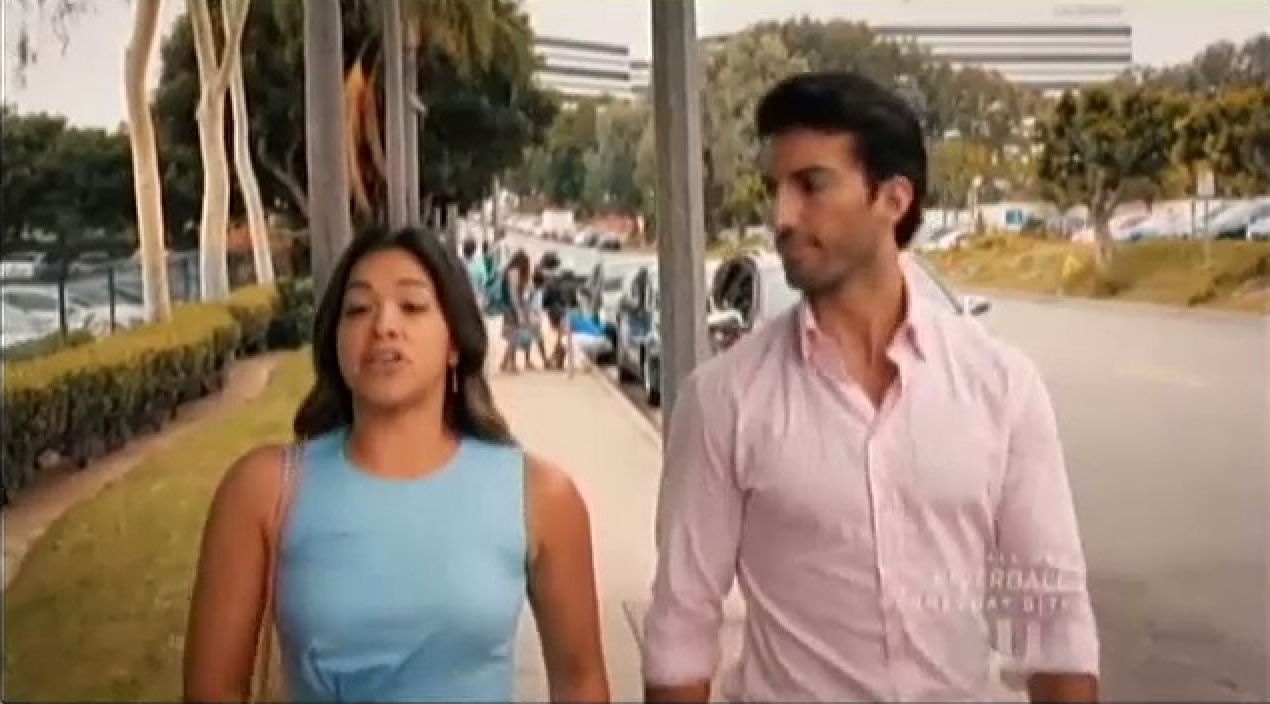 Jane the Virgin on The CW has tackled a lot of issues over the years. Chastity (obviously), abortion, immigration reform, and even dealing with an evil twin. On the October 20 episode, "Chapter Sixty-Six," school choice was added into the mix. Jane (Gina Rodriguez) and Rafael's (Justin Baldoni) son Mateo always had anything he wanted due to his father's fortune but, because Rafael lost his inheritance, Mateo's going to have to switch to public school.

They're living with Jane's family, though, and their modest home is not in a zip code with the best schools. As Jane and Rafael realize their son's future is tied to his zip code without the money to buy a better education, they make the case for school choice without even knowing it, but they ignore that Florida, the state in which the show takes place, has it.

When Mateo's parents first visit the school for which he is zoned, Jane is positive about public school. "I have great memories of the public kindergarten I went to," she tells Rafael who, having grown up wealthy, is completely out of his element and incredibly skeptical. In the next scene, Jane lets loose to her mother, Xiomara (Andrea Noveda), "No way in hell is Mateo going there!" she tells her mom. "I-I mean, it's a vicious cycle-- rich kids get better schools, better education, get into better colleges, earn more money, put it back into their schools."

She's right that it's a vicious cycle. Kids are trapped in a cycle of poverty in which kids, predominantly students of color like Jane and Rafael's, are stuck in ineffective, failing schools which don't prepare them for the best jobs. Without a good job, they can't get to a better neighborhood, their kids go to a similar school, and the cycle continues.

People with money have options because they can pay private tuition but, for people who can't afford it, the school for which they are zoned is often their only choice. Rafael has another suggestion, one which is not unusual for desperate parents.

Rafael: Did you know that your parents live in the Elbamare School District? It's a great public school with a nine rating, plus music, art, tk. We can enroll Mateo next year using their address.
Jane: And lie about where we live? Of course. Of course your option is to lie. Why am I surprised?
Rafael: That's not fair.
Jane: But it's true. I mean, that's what you do. You try to game the system. Why wouldn't you? You grew up rich and entitled, and you think that the rules don't apply to you.
Rafael: It was your grandmother's idea. Yeah. So as you're climbing off your high horse, try not to break your other leg.

Families do lie about where they live to give their kids a better chance. Jane finds out just how many when she talks to her Abuela about the suggestion.

Jane: I don't understand. You told Rafael that we should like to get Mateo into a better school?
Abuela (in Spanish): It's what we did for you.
Jane: What?
Abuela (in Spanish): Remember those years you were in public school? When you were relocated because our school was overcrowded? Well, it wasn't overcrowded. It just wasn't good.
Jane: You used someone else's address?
Abuela (in Spanish): A friend from church. Until we could save enough to get you into Catholic school. What else could we do? It was your education. Your future. It meant everything- which you would have realized two years ago, but you had Rafael's money to help you.

In many states, this is the sad truth. Your zip code has far too much to do with your destiny. However, Jane the Virgin takes place in Miami, and Florida has an incredibly robust school choice system. There are tax credit scholarships (to be fair, it's probably too late in the year for Mateo to apply), charter schools, magnet schools and online education. They even have, wait for it, open enrollment. That means that, if the school district in which Jane's parents live hasn't reached capacity, they can just enroll Mateo there. They don't need to lie about it.

When, in the course of the show, Rafael had all the money in the world, the show was quick to remind viewers that he was very fortunate and there are others who were not so. Why not take this opportunity to say that, since they live in Florida, Mateo has incredible educational advantages that they might not have had in other states? Might it be because Florida's school choice program is one of Jeb Bush's legacies? Because school choice goes against teachers union control and is, therefore, seen as a conservative option, making it unacceptable to celebrate on television?

Jane and Rafael, like all parents, only want the best for their son. It's hard to blame them for wanting to do whatever they have to do to give Mateo the best future possible. It's just strange that the show chose to paint a grim picture of limited options and shady dealings to get it for him when a world of options is freely theirs for the choosing. They're lucky they live in Florida, where they can choose a better path for their son without having to lie - or break the bank.