The night before Valentine’s Day, the CW’s Jane the Virgin aired a pro-Planned Parenthood message in favor of fighting “overpopulation.” 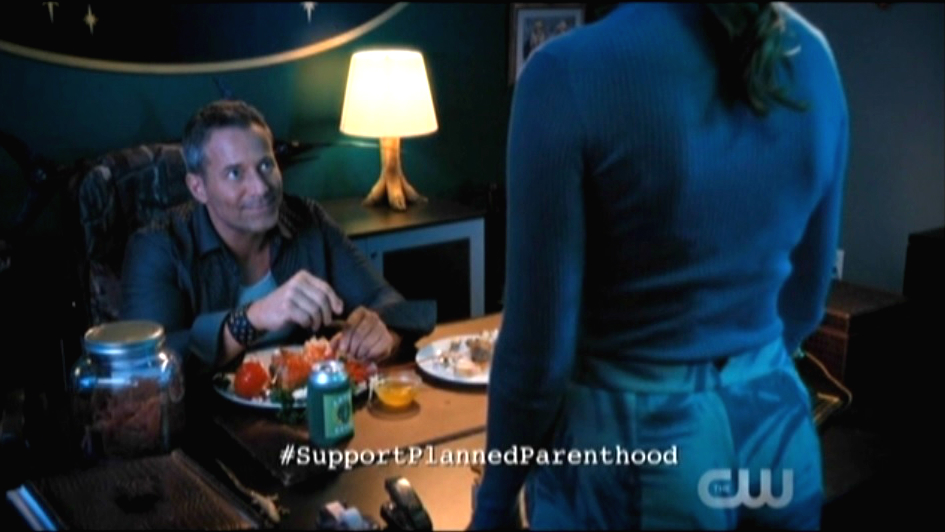 One of the main characters, Petra Solano (Yael Grobglas), asks Chuck Jesser (Johnny Messner) to sign an easement for her kids’ beach club – which happens to cross into the property of his adults-only hotel next door.

“No can do,” he responded, “You know how I feel about that kids’ club. Screeching rodents gonna kill the central vibe of my adults-only pool.”

As Petra continued to argue, he started to give way, “On the other hand, overpopulation is a major concern.”

Immediately after he uttered “overpopulation,” the show placed a hashtag onscreen in support of America’s largest abortion provider: “#SupportPlannedParenthood.” Video below.

Fans of the show, like Buzzfeed editor Jarett Wieselman and actress Christina DeRosa, applauded the move.

Even Planned Parenthood tweeted about it.

Did you catch the Planned Parenthood shout out on @CWJaneTheVirgin last night? #IStandWithPP pic.twitter.com/DxvFyQcCNI

While the show originally supported a pro-life message, a main character had an abortion last year.