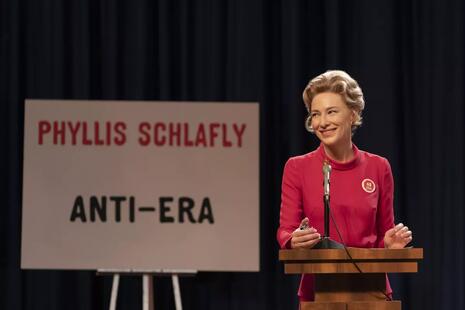 “For all that Hollywood and the mainstream media are supposed to be a hotbed of liberal propaganda, we pull our punches when it comes to the tales of handmaidens of conservative politics,” she says. I’m sorry, what planet is Saraiya living on that she thinks conservative women aren’t constantly subject to brutal misogynistic attacks from the leftist elites?

In films and tv, “Characterization is an attempt to evoke empathy,” she explains. “When Hollywood takes on conservative women, the empathy often feels grafted on, sometimes shamelessly.” Presumably because conservative women are so awful they aren’t worthy of empathy.

Consider the 2011 film The Iron Lady, which won Meryl Streep an Oscar for her sensitive portrayal of dying prime minister Margaret Thatcher. Screenwriter Abi Morgan used Thatcher’s dementia as a way to explore the politician’s uneasy legacy. But the illness, a tragedy for anyone, became a cloying veil that obscured Thatcher’s real effect on her nation. Former London mayor Ken Livingstone put it this way at the time of Thatcher’s death: “She created today’s housing crisis. She created the banking crisis. And she created the benefits crisis.” The late prime minister sent British troops to train the Khmer Rouge, befriended the dictator Augusto Pinochet, and demonized the gay community; under her rule, poverty and inequality spiked in the United Kingdom and the country has arguably never recovered. This is who Streep humanized with her extraordinary gifts.

Of course, Vanity Fair would twist history beyond recognition, ignoring Thatcher’s role in ending the Cold War and her success in reinvigorating the economy and reversing England’s decline on the world stage. And it’s not as if the movie was some pro-Thatcher propaganda piece – her family criticized it at the time. But God forbid one of Britain’s most successful prime ministers – one of the greatest female world leaders in history – be humanized by an award-winning actor!

Saraiya went on laughably, “Imagine a liberal female politician being treated to this kind of hagiography—Hillary Clinton, say. Imagine the vitriol that would follow.”

We don’t have to imagine, Hulu is set to produce an alternate history of Hillary where she breaks up with Bill and becomes a politician in her own right. Not to mention all the hagiography dedicated to leftist female heroes like Ruth Bader Ginsburg, Anita Hill, and Gloria Steinem. Saraiya is either being deliberately obtuse or she’s been living under a rock.

Yet conservative white women in particular also have an ideology that elevates them over women from other racial or socioeconomic backgrounds. They believe they’re superior to the rest of their gender—the writer Ariel Levy calls them “loophole women”—and become honorary men.

She goes on to bash Phyllis Schlafly (played by Cate Blanchett in Mrs. America), repeating the series’ lie that Schlafly was allied with the KKK and it becomes clear she considers “conservative” to be interchangeable with “KKK” when she describes a scene in BlacKkKlansman.

However, Saraiya generously allows that, “No, not all Republican women are white nationalists.” How kind of her to acknowledge that! But “white women have long been essential helpmeets to white nationalism, which the alt-right has adopted nearly wholesale,” again indiscriminately lumping together large swaths of distinct people.

Why does all this matter? Because of the election, of course!

As we hurtle toward the 2020 election, our blindness to what creates and motivates these women feels like a ticking bomb. The less we understand their motivations, the better it is for them: They remain shielded by our tied tongues and politesse.

Yup, that’s the problem! Liberals are too gosh darn kind to conservative women!

Meanwhile, she boils down the definition of a “Karen” to “white nationalist racist gender traitor.” This supposedly “gets us to some kind of understanding” of the conservative woman.

Makes you wonder what they'd say about us if they weren't so tongue tied and polite! 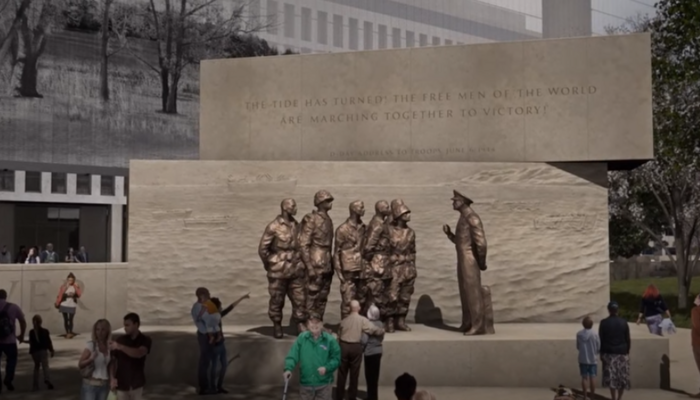 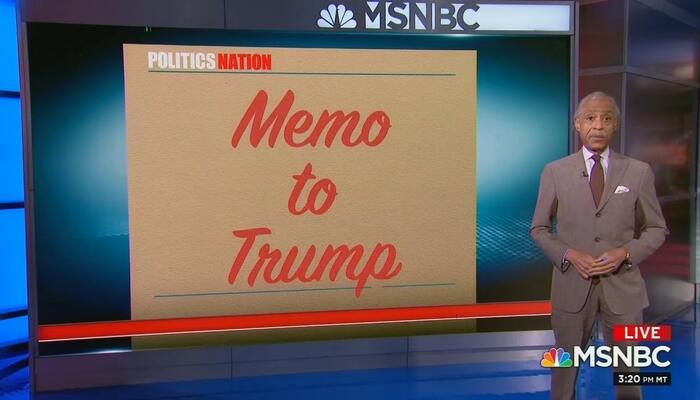 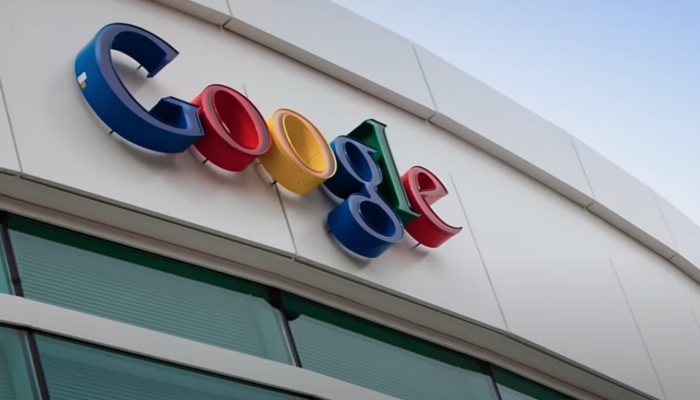 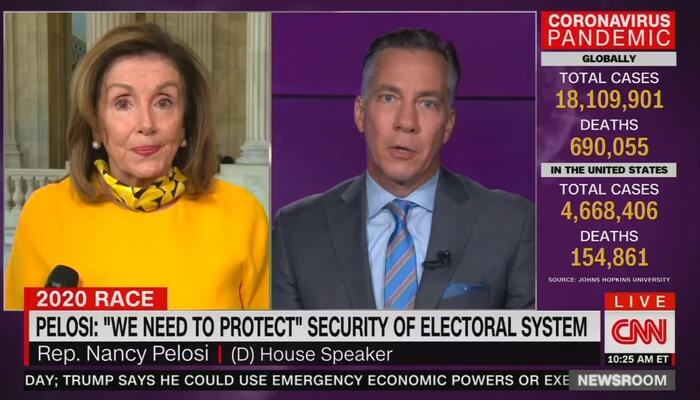 Sciutto Enables Pelosi to Make Asinine Claims About the Election