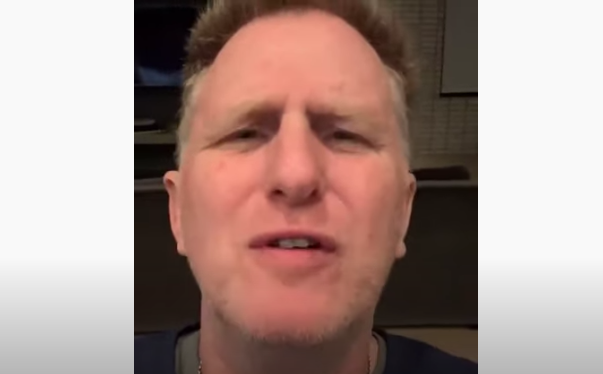 Prison Break and Deep Blue Sea actor Michael Rapaport really doesn’t like President Trump. Though characterizing the entertainer's feud with the man as a political disagreement doesn’t have the right connotation. From recent tweets, it appears quite personal for the famous redhead C-lister. He’s so antagonistic towards Trump that not even the president’s family can escape the scorn.

The once-popular 90s actor decided that the contemplative and solemn spirit of Holy Saturday needed just an extra smidge of internet hate for the president and his wife, First Lady Melania Trump. Fancying himself a clever guy, Rapaport tweeted an image of Mr. and Mrs. Trump captioned, “Just a reminder, a hooker and a con man are running America.”

Ah an internet troll and a sexist? How original? Also doesn’t the left tell us those only exist on the right?

Sadly, this isn’t a one-off bit of hate for Rapaport. His Twitter is essentially a Donald Trump smear page. He even had to interrupt the peace of Easter Sunday to call Trump a “dumb f--k” and a “fake conservative c--ksucker” in response to the president wishing American’s a happy Easter.

He tweeted similarly on April 11, saying, “This Pig is the furthest from Religious Righteous or Conservative.”

Perhaps the worst instance of Rapaport’s hatred came out a couple weeks ago on March 25, when he wished harm on the president’s children, including Trump’s youngest son, Barron. The actor tweeted a video of himself raving like a lunatic in response to Trump’s tweet that “real” Americans want to get back to work.

After disparaging Trump for having “never worked a f***ing day in your life” and calling him the “worst possible motherf***er we could have in power making decisions right now,” he went after the children. Rapaport asked, “Why don't you send your f***ing son, d**k stain Donald Trump Jr., big-toothed f***ing Eric Trump, little f***ing Barron, f***ing Ivanka, junkyard Jared —let them go out there and test the f***ing waters?”