Still in Denial: Hulu to Produce Series on ‘Alternate History’ of Hillary Clinton 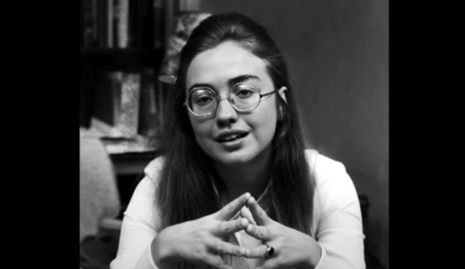 The announcement of Hulu’s latest streaming series is a sure sign that Democrats still haven’t gotten past the denial stage of the grieving process for Hillary Clinton’s 2016 loss.

A new Hulu production will show more love for the twice-failed candidate for president of the United States. After putting millions of dollars into a four-part docu series called Hillary in 2019, they decided to try a new method for coming to terms with the former Senator from New York’s lack of an official presidential pantsuit: they’ve resorted to fantasy to assuage their sorrow.

Variety reported that Hulu has optioned an “alternate history” on the life of Hillary Clinton for its streaming platform. The series is based on the 2020 New York Times-bestselling novel by Curtis Sittenfeld called Rodham. The premise of the book is that Hillary decides not to marry Bill Clinton (though they date) and thus, we get to see how her political ambitions fare without the baggage of being attached to one of American history’s biggest frat boys.

Vox glowingly described the fantasy, saying, “mostly, what Rodham is interested in is examining what feminine ambition looks like when it is untethered from a man.” (Strange, since Slick Willie was the one with political talent, and partnering with him was the only way she’d ever get to the national stage.)

The Vox review adds, “In fact, freed from the Clinton baggage, Hillary Rodham’s entrée into politics is scandal-free.” Ah, yes, of course. “She does not have to stand by her husband in the face of accusations of infidelity, sexual harassment, or sexual assault.”

Hillary is so scandal free in this alternate history, that the only real fault she has in the public’s eye is that she’s “boring.” Sure. And in the book’s most interesting plot point, where the 2016 election is actually between her and the man whose marriage proposal she declined decades prior, she has to figure out how to use her superior intelligence over Bill Clinton’s superior charisma.

Interestingly, Vox noted that Rodham’s Bill Clinton is an amalgam of both Trump and Bernie Sanders.

What powerful imagery. It’s as if the center of Hillary’s story was always supposed to be the archetypical struggle between the measured and capable woman, and the toxic but appealing, privileged frat boy. And for all those folks still stinging from the impropriety of the “lock her up” chant inspired by Donald Trump, 2016 candidate Bill Clinton inspires one called “Shut her up!” Wow, that’s visceral story telling right there.

So perhaps this deconstruction of Hillary will get readers over the hill of their grief. Perhaps, making Hillary this little lamb helps rabid Dems deal with their 2016 failures. Hulu’s willing to give it a shot. Variety announced that the series will be written and executive produced by Sarah Treem, who has worked on House of Cards, and was the co-creator and show runner on Showtime’s The Affair. Fox 21 television studios are set to produce.