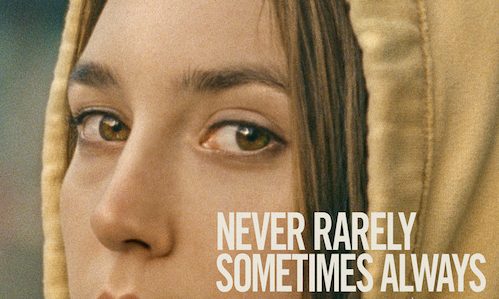 Liberal critics are raving about a new film about one of their most cherished issues: abortion -- and they even managed to tie it to the Chinese coronavirus!

The PG-13 film revolves around a 17-year-old character named Autumn (Sidney Flanigan) who leaves her home in Pennsylvania, where parental consent for abortion is required, to get an abortion at a Planned Parenthood in New York City.

THR editorialized: “With reproductive rights under siege for years, piece by piece, state by state, the need for clear-eyed explorations of the subject has been high. And with a number of states attempting backdoor bans on abortion as a ‘nonessential procedure’ during the COVID-19 medical emergency, that need is especially urgent.” It added the movie “exposes how benighted our own [time] has become.”

The Washington Post also drew parallels to today’s abortion debates in its review:

With a handful of states using the coronavirus outbreak as an excuse to deprive women of their right to terminate a pregnancy, “Never Rarely Sometimes Always” arrives as a fervent reminder of the consequences of such cynical sanctimony. In this superbly crafted drama, two teenage girls are forced to navigate a system seemingly designed to foil their autonomy and dignity at every turn…

"Hopefully we can continue to talk about the film and the importance of the issues in the film that are still relevant, even more so today as people are talking about whether abortion is an essential medical procedure," producer Sara Murphy told the AP.

Predictably, all the reviews were written through a pro-abortion lens.

It turns out that as in real life, characters can have an abortion without ongoing dire emotional or physical repercussions. HBO’s acerbically spot-on satire “Veep” and Hulu’s stealthily funny “Shrill,” for example, show that abortion can help clarify career goals or transform a mousey pleaser into a feminist powerhouse.

(Read Newsbusters coverage of the aforementioned Veep and Shrill episodes.)

The New York Times review gushed the film was “A low-key knockout…a woman’s right to self-determination has become the stuff of a new and radical heroic journey.”

It went on, “In ‘Never Rarely,’ the hurdles to an abortion are as legion as they are maddening and pedestrian, a blunt political truism that Hittman brilliantly connects to women’s fight for emancipation,” declaring it “a quietly fierce argument about female sovereignty.”

Director Hittman said the election of Trump and the Women’s March influenced her decision to make an abortion movie. Another New York Times article noted, “Hittman was first inspired to write her film after learning the story of Savita Halappanavar, an Indian woman living in Ireland who died during a miscarriage in 2012 after her request for an emergency abortion was denied under constitutional law.” Of course, what they don’t mention is that an inquest found that a lack of abortion didn’t kill Halappanavar.

Never Rarely Sometimes Always was released on Video on Demand on Friday, April 3.