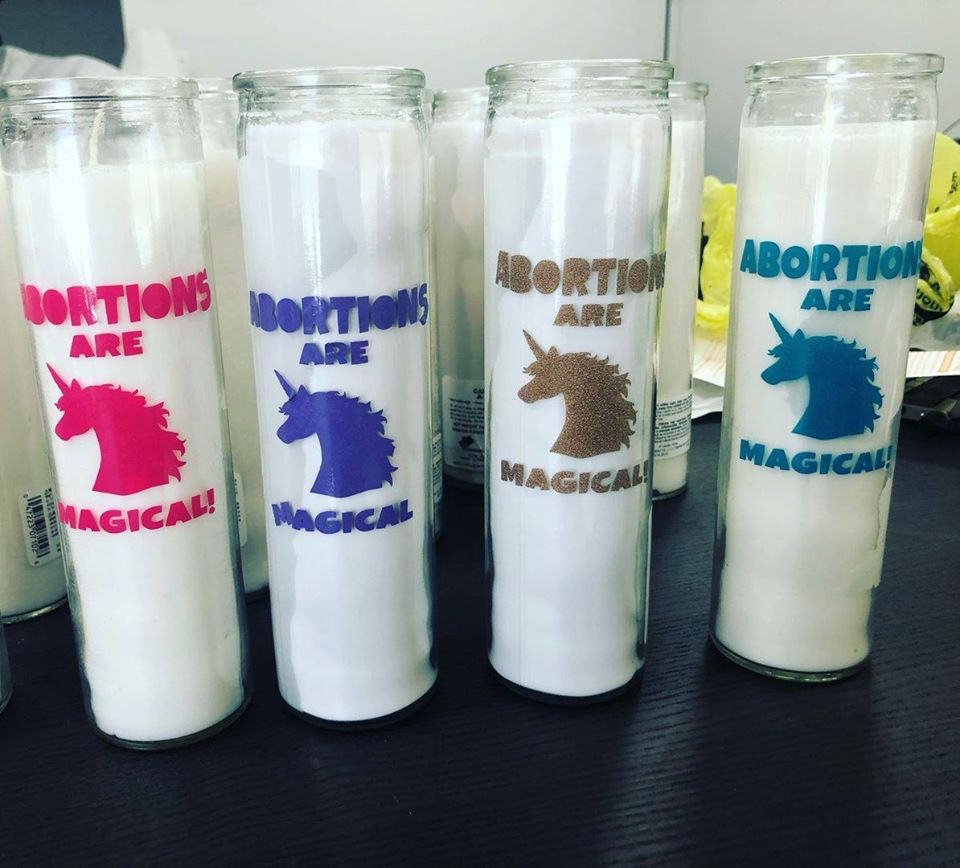 A pro-abortion group called the Texas Equal Access (TEA) Fund has a rather sick message at Christmastime.

On December 4, the TEA Fund posted a photo (right) of votive candles with the words “Abortions Are Magical,” along with the image of a unicorn. It was captioned, “Getting our holiday party favors ready! Every year we honor our volunteers and make sure they get a token of appreciation at our annual holiday party.”

No, the magic of Christmas is NOT about abortion. In fact, it's the very opposite: it's about the birth of our Lord and Savior, Jesus Christ.

And yet, in another post the following day explaining “why we use the language we use,” the TEA Fund wrote “Abortions are magical for most people who have them and refuting that just increases stigma around abortion. They are health care, self care,[sic] and community care.”

They also wrote, abortions “provide new beginnings for people trying to create a future for themselves that may have been unimaginable without their abortion” and “help people prioritize their own physical and mental health.” They declared they are “proud to help people access abortion care and support them.”

“Abortion is not ‘magical,’ abortion is murder,” Lila Rose, president of Live Action, told the Daily Caller News Foundation. “Abortion is the violent destruction of a defenseless human child by ripping apart, poisoning, or suctioning them to death.”

The About section on their Facebook page says the TEA Fund “provides financial assistance to people who need help paying for an abortion in North Texas.” According to them, funding abortion “helps people afford the choice that will allow them to care for the children they already have, maintain their health, pursue their educations, leave unhealthy situations, and pay the next month’s bills.” Funny, these are all things crisis pregnancy centers do while helping women choose life.

Among other Facebook posts, we see the TEA Fund's tabletop Christmas tree is topped with a rainbow LGBTQ flag and bears an “Abortion Is Healthcare” ornament. They also reposted a baby Yoda meme that co-opts the cute creature to say, “It’s okay to have an abortion.”

Back to their party favors, I kind of like the idea of abortions being represented by the image of a unicorn – let’s make them as rare as seeing one.