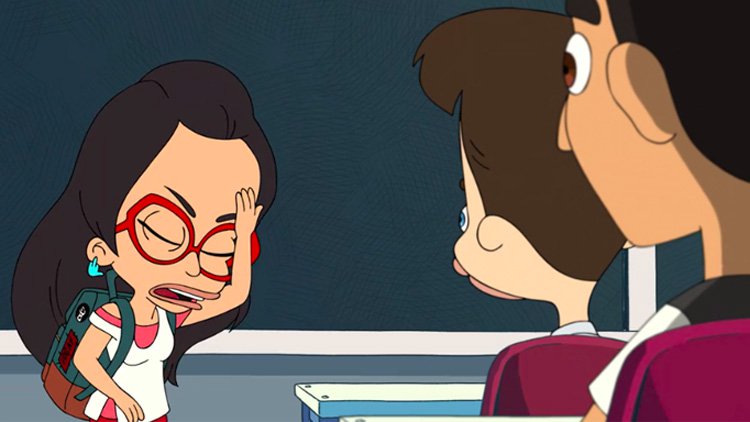 When Netflix posted a video clip of a cartoon child explaining pansexuality, probably the last thing they expected was to be attacked by the super woke Twitter scolds. And yet that’s exactly what happened, to the point of the Big Mouth creators being forced to apologize to "trans, pan, and bi communities" for the scene being problematic and exclusionary.

On Saturday, Netflix tweeted a clip from season 3 of their raunchy, animated comedy Big Mouth, which had been released the day before. In the video, new girl Ali (Ali Wong) introduces herself to her new middle school class as pansexual, proceeding to explain what it means to the confused students.

“Bisexuality is so binary,” Ali tells the class. “Being pansexual means my sexual preference isn’t limited by gender identity. It’s like some of you borings like tacos and some of you like burritos, and if you’re bisexual you like taco and burritos. But I’m saying I like tacos and burritos, and I could be into a taco that was born a burrito, or a burrito that’s transitioning into a taco, comprende? And honey, anything else on the f**king menu.”

The only thing more ridiculous than this scene was the reaction to it. Digital Spy said it “completely missed the target and managed to insult the bi, pan, trans, non-binary, and gender non-conforming communities in one shot,” moreover, it was “jarring that a show as socially aware as Big Mouth could mess up so badly.”

How did they so badly mess up? By “spreading misinformation as well as promoting transphobia and biphobia,” as Decider helpfully explained:

I’m sorry, I didn’t quite catch that. WHAT is the distinction between being “attracted to all genders” and “attracted to people regardless of their gender”??

With bisexuality, people are attracted to two or more genders. Pansexuality can be defined as someone who is attracted to all genders or do not take gender into consideration at all. This includes men, women, non-binary or however else a person identifies. In Ali’s attempt at explaining the difference between the two, it implies that bisexuality is non-inclusive and paints trans people as a third gender when they are in fact men and women.

Um, nope! That wasn't clarifying at all!

But wait, going back to Decider, it gets more headache-inducing:

Then there’s the trans-erasure that comes with Ali’s simplification of bisexuality. Trans-men and trans-women are men and women. They aren’t a separate gender, as this explanation implies. Similarly, being bisexual doesn’t mean members of this community are only attracted to cisgendered people. Bisexuality is a sexual orientation that refers to people who are attracted to two or more genders. Trans-men and women have always been part of the bisexual community, despite what Big Mouth‘s definition makes it seem.

Meanwhile, AV Club wrote, “[T]he irresponsible descriptions of trans identity (“a taco that was born a burrito”/ “a burrito that is transitioning into a taco”) came with some pretty harmful implications by considering transgender people an entirely different category altogether.” Harmful - seriously? I'd say it's way more harmful to be sexualizing 12 and 13-year-old children in this way.

To keep from being "canceled" by the mob, co-creator Andrew Goldberg posted a statement on Twitter on Monday apologizing for the scene:

We missed the mark here with this definition of bisexuality vs. pansexuality, and my fellow creators and I sincerely apologize for making people feel misrepresented. Any time we try to define something as complex as human sexuality, it’s super challenging, and this time we could have done better. Thank you to the trans, pan, and bi communities for further opening our eyes to these important and complicated issues of representation. We are listening and we look forward to delving into all of this in future seasons.

Yes, astoundingly, Netflix has already renewed Big Mouth for a whopping 3 more seasons! Unfortunately, no apology for depicting children in sexual acts appears to be forthcoming.