This month streaming kingpin Netflix welcomed into its fold a new season for an animated comedy which tore through desperately needed boundaries like tissue paper. Nick Kroll’s show “gives zero f**ks,” and apparently, neither does Netflix.

Netflix lacks any sort of meaningful content restrictions for minors, and has a history of flippantly promoting mature material: The company only affirmed the suicide-romanticizing 13 Reasons Why even when the multiple groups, including psychologists, expressed concerns about suicide’s prevalence in America.

“Either the writers are intending to put these highly sexualized images of children in front of an adult audience, or they are deliberately creating and marketing graphic, sexualized, TV-MA-rated content to kids. Which is worse?”

To make matters even worse, Facebook is lending a hand too: Henson reported that “Netflix is partnering with Facebook to deliver a new game called, ‘Hand Masters: Play with Yourself.’” The tweet and its accompanying video publicizing the game are unbelievably suggestive, sporting a salacious combination of emoticons: 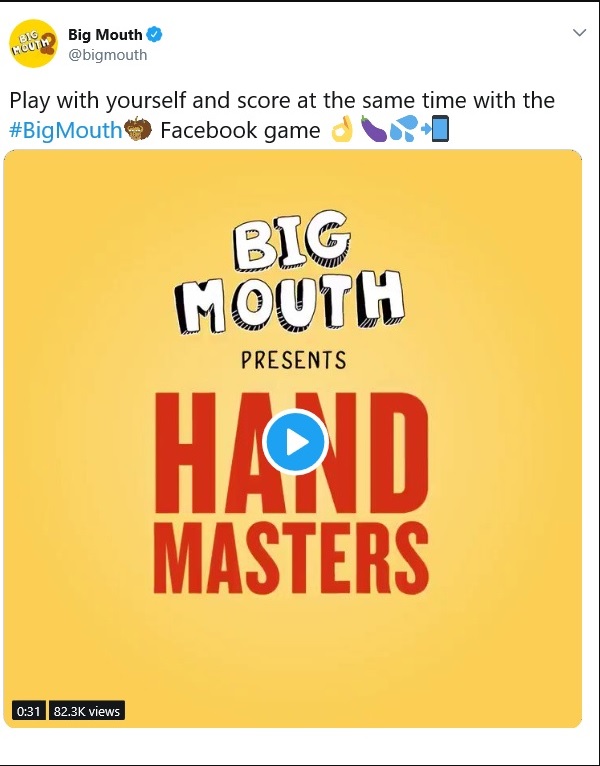 It’s often said that “politics is downstream from culture.” If that is the case, Netflix is creating a toxic landslide and our children are standing in its wake.