Hollywood Celebrities’ Sick Celebration of Their Abortions: ‘Smartest,’ ‘Best Decision Ever Made’ 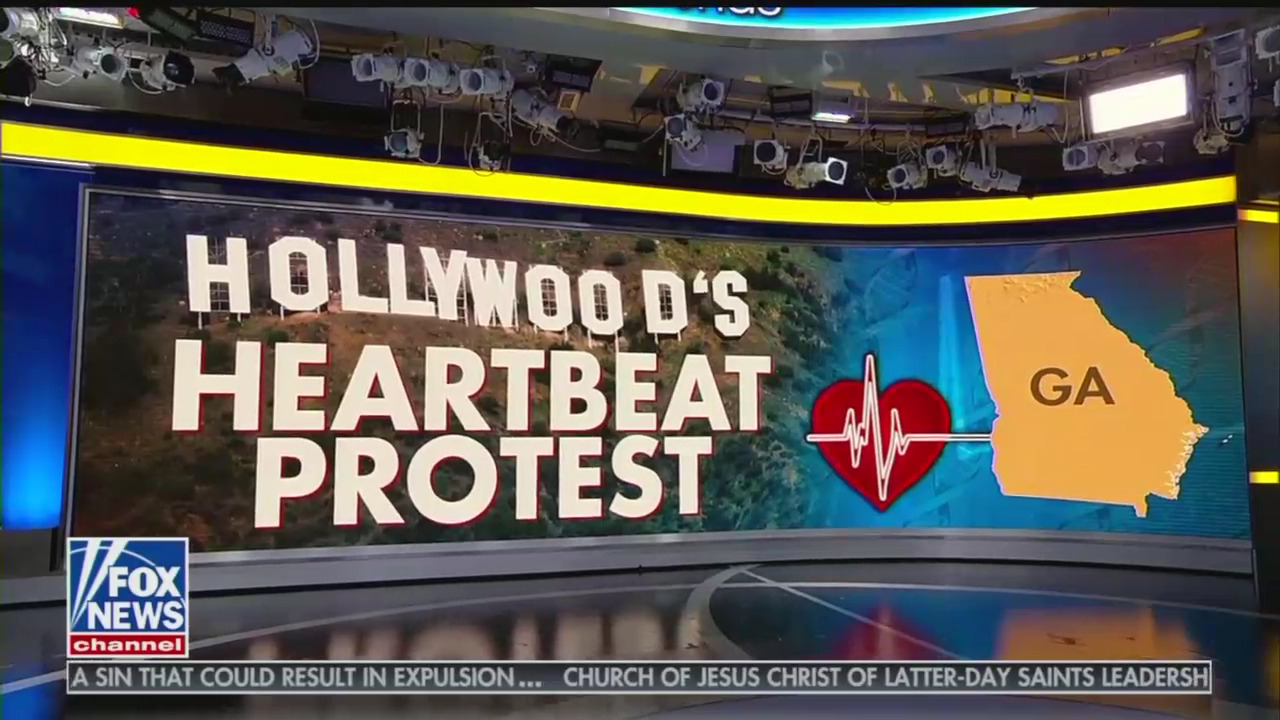 The recent pro-life bills passed in Alabama and Georgia appear to have inspired a new iteration of liberal women proudly sharing their abortion stories. Similar to #ShoutYourAbortion, actress Busy Philipps, who revealed her own abortion as a way to rail against Georgia's Heartbeat Bill, asked women to use the hashtag #YouKnowMe to announce their abortions and "end the shame."

On May 15 Philipps tweeted, “1 in 4 women have had an abortion. Many people think they don't know someone who has, but #youknowme. So let's do this: if you are also the 1 in 4, let's share it and start to end the shame. Use #youknowme and share your truth.”

Plus-size model Tess Holliday responded to Philipps, “#YouKnowMe- I’m from Mississippi, living in California, married with 2 kids, & I had an abortion. If I were still back home down south, I might not have been able to get the abortion I wanted & needed.” She continued, “My mental health couldn’t handle being pregnant again & I made the best decision for ME & ultimately my family. It wasn’t the “easy thing to do”, it was excruciating on many levels, but necessary. Do I regret it or question my choice? Not at all.”

Soap star Linsey Godfrey tweeted, “I had an abortion. I just simply wasn’t in a place, financially or emotionally to take that on. I was and still am glad I had that choice because that’s exactly what it was, it was my choice, my body. #YouKnowMe”

Minka Kelly (Friday Night Lights) posted on Instagram that her abortion was the "smartest decision" she could have made "for this unborn fetus" because the baby would have been "born into an unnecessary world of struggle," ignoring the fact that a life of struggle is better than being dismembered or poisoned to death.

When I was younger I had an abortion. It was the smartest decision I could’ve made, not only for myself & my boyfriend at the time, but also for this unborn fetus. For a baby to’ve been born to two people — too young and completely ill equipped — with no means or help from family, would have resulted in a child born into an unnecessary world of struggle. Having a baby at that time would have only perpetuated the cycle of poverty, chaos and dysfunction I was born into. Forcing a child to be born to a mother who isn’t ready, isn’t financially stable, was raped, a victim of incest (!!), isn’t doing that theoretical child any favors. For those of you insisting abortion is murder, and to Rep. Terri Collins who said “an unborn baby is a person who deserves love and attention” — forget bringing up the mother might be in need of some “love and attention.” What do you think happens to these kids who end up bouncing around in foster care, live on government assistance because the mother has no help, can’t afford childcare while she works a minimum wage job, and is trapped in a cycle of trying to survive on the meager government assistance so many of you same pro-lifers are determined to also take away. If you insist on forcing women to carry to term, why do you refuse to talk about comprehensive sex-ed, the maternal mortality rate, free daycare, paid maternity leave? Our lives, traumas & family planning is for no one to decide but us. Certainly not a group of old white men. Speaking of men... With all this punishment for women I wonder where all the punishment is for the men in this scenario. By looking at the photo of all the men who are making this mess, I find it hard to believe that if it were the autonomy of a man's body, health and life in question, I cant help but be certain we wouldn’t be having this conversation in the first place. I appreciate seeing men speak up on this issue - women do not get pregnant alone. Lest we forget, outlawing abortion has never stopped women from attempting it. @abortionfunds @yellowfund & @EmergeAmerica @emilys_list @runforsomethingnow who work 2 elect pro-choice candidates. #YouKnowMe

On May 13, Jameela Jamil (The Good Place) seemingly bragged about her abortion but at least admitted she had a "baby." She tweeted, “I had an abortion when I was young, and it was the best decision I have ever made. Both for me, and for the baby I didn’t want, and wasn’t ready for, emotionally, psychologically and financially. So many children will end up in foster homes. So many lives ruined. So very cruel.”

Yes, she thinks foster homes ruin lives and are so very cruel, but not abortion. Jamil also voiced her concern that without abortion, Georgia would become “inundated with children who are unwanted or unable to be cared for” and it would be “hard to find great fostering for them all.”

Even the men got in on it. Tweeting, “Behind millions of successful men is an abortion they don’t regret getting with their partner," Vox’s Liz Plank called on men to "talk about how they’ve personally benefited from abortion rights.” Comedian Christian Finnegan responded, “At 23, a fling with an ex led to a terminated pregnancy. We got back together for a while, but eventually she met the father of her now-adult children and I decided to give standup a go. Just about everything good in my life can be traced back to us not having that child.”

Personally benefiting from abortion rights does not change that fact that abortion is wrong and so very cruel.