According to ABC, only women who have positive abortion experiences are worth reporting on. At least, that’s what one would expect after a news segment explored a rising women’s movement to share abortion stories – without one interview from a woman who regretted her abortion.

On Oct. 22, ABC’s Nightline dedicated a full segment the Twitter hashtag #ShoutYourAbortion, which urges women to share their (positive) abortion stories online. Correspondent Aditi Roy reported on the story of the founder, Amelia Bonow, who bragged she had no doubts before getting an abortion, and actress Martha Plimpton, who tried to normalize abortion while making jabs about pro-lifers in the process.

In the middle of the segment, Roy spoke with Plimpton (The Good Wife) on the hashtag. Plimpton, along with other actresses, recently “joined forces” with the campaign by reading out-loud threatening tweets they received for supporting abortion.

The video began with Plimpton gushing over the “phenomenal” campaign: “I love it,” she said. 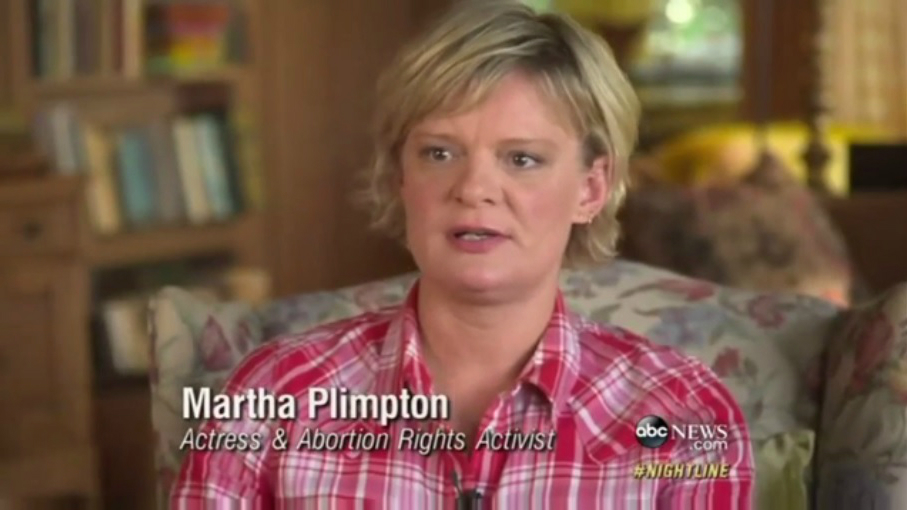 Plimpton went on to urge, “Abortion is not some crazy weird last resort. It is a normal part of women’s medical lives.”

Roy also recognized Plimpton for co-founding a “reproductive rights group” called “A Is For.”

“[B]because I did have two abortions as a young woman,” Plimpton recalled, “I feel that my ability to access that kind of medical care made it possible for me to live out my dreams and do what I really wanted to do with my life.”

Plimpton couldn’t help but make a jab at pro-lifers while she was it. “These are not the brightest bulbs that we’re dealing with here,” she stated.

But, “[T]hat's not to say they don't represent a pretty formidable force that's, so far, succeeding in limiting our access to exercise our constitutional right,” she warned.

But the Nightline segment didn’t just give voice to a pro-abortion actress. They also profiled the founder of #ShoutYourAbortion.  Anchor Rebecca Jarvis introduced 30-year-old Amelia Bonow as the “face” of the “new voice” in the abortion movement; a woman with “no regrets” about her choice to abort her baby last year.

From there, Jarvis turned to Roy who said Bonow was “so confident in her choice.”

During the segment, Bonow gushed about her“incredibly positive experience.” sharing her abortion story “on a whim” on Facebook last month, which launched the #ShoutYourAbortion campaign.

“Like, I was running out the door, I was like, ‘I need to mop my kitchen,’” she recalled, “and I just was like, ‘no, I’m not going to mop the kitchen, I’m just going to tell everyone I had an abortion.’”

“Plenty of people still believe that on some level – if you are a good woman – abortion is a choice which should be accompanied by some level of sadness, shame or regret. But you know what? I have a good heart and having an abortion made me happy in a totally unqualified way. Why wouldn’t I be happy that I was not forced to become a mother?”

Her story went viral when a friend tweeted it out to her 60,000 followers with the hashtag #ShoutYourAbortion, reported Roy.

Roy spoke with another one of Bonow’s friends Samie Spring Detzer, who was ecstatic that abortion could be talked about in a positive way.

“My hands were shaking,” Detzer told Roy, “And I was already tearing up thinking about the idea of joining Amelia and joining the thousands of women who continue to post,”she stated.

Because of her social media success, Roy declared that Bonow now stood at “the front lines of the decades-old abortion rights debate” and highlighted how her story was “garnering some very public attacks” online. 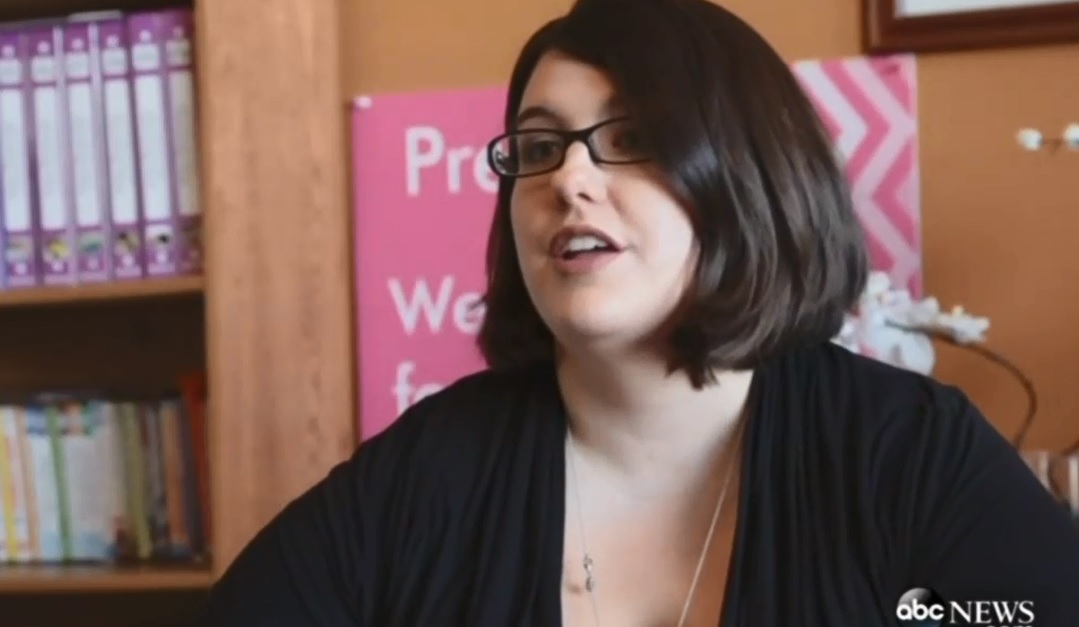 Roy admitted the “anti-abortion movement is going strong” with young women like Students for Life of America President Kristan Hawkins.

In the segment, Hawkins represented the pro-life movement as the sole pro-life interviewee. She saw the campaign as a “flash in a pan.”

“I think it's one of the many things we're going to see rising up the next few years as abortion activists become increasingly concerned with a pro-life America,” Hawkins told Roy, “Do I think it's going to have a lasting impact? No.”

“As for Amelia Bonow, things are just getting started,” Roy concluded, while she focuses on “turning the internet sensation into lasting cultural change.”

Bonow had the last say. “This isn't like Roe v. Wade that can be overturned,” she said. “This is just a change in the way that people are talking about a medical procedure.”