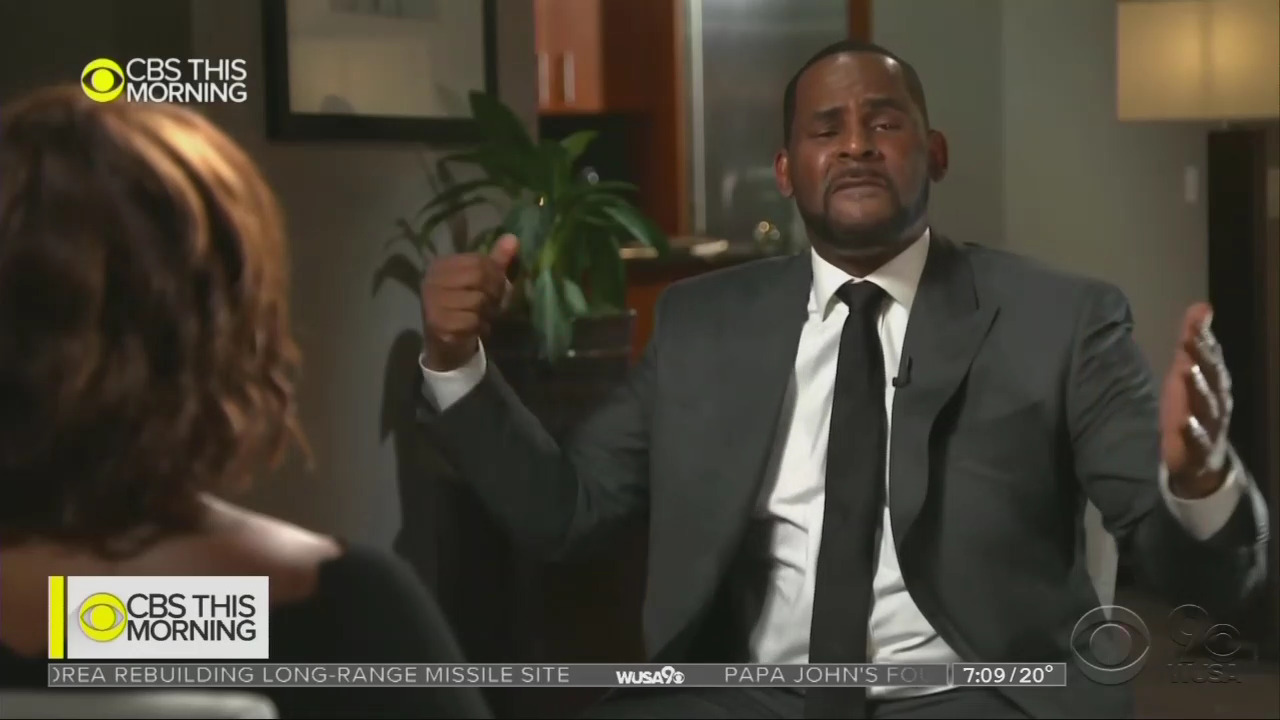 Not content to just drag Justice Brett Kavanaugh’s name through the mud in that ridiculous witch hunt during his confirmation hearing in the fall, liberals are still determined to sully his name at every possible opportunity. The latest example is comparing the Supreme Court Justice to R. Kelly, a Grammy Award winning singer who was recently arrested for sexually abusing multiple underage girls and women.

Yes, they are so unhinged they want to compare an adult man accused of systematically kidnapping and raping a series of underage girls for almost 30 years to one allegation with no evidence of an underage drunk teen pinning down and groping another from over 30 years ago.

R. Kelly gave an interview with Gayle King on CBS This Morning on Wednesday, in which he screamed, cried, and got up out of his chair in denying the claims against him. Several writers reported his wild, expletive-laden antics were very “familiar.” Seriously.

The Atlantic’s Spencer Kornhaber said Kelly’s “explosive rage” “seemed familiar,” saying, “[B]y the time he was up and spitting, he’d taken on the tenor of a child having a tantrum, or Brett Kavanaugh yelling at his confirmation hearing.”

Michelle Ruiz of Vogue asked, “Where Have We Seen This Toxic Masculinity Before?”

Sadly, Kelly’s indignant display of toxic masculinity—the tears, the rage, the shouting over and interrupting of the perfectly reasonable woman in front of him—was all too familiar. It called to mind a time when another high-profile, successful man was pressed with credible accusations of sexual misconduct and proceeded to melt down and turn the tables to portray himself as the victim of a smear campaign.

Laura Bassett, writing for InStyle, agreed, “Kelly’s tone — even specific words — felt eerily familiar to any of the 20 million people who watched Brett Kavanaugh melt down before the Senate Judiciary Committee in September.” She said, “Both men alternated between desperate tears and indignant rage” and “both lashed out and played the victim.”

In Bassett’s dramatic retelling, “Kavanaugh contorted his face into a snarl and raised his voice to a threatening boom.” This she somehow compares to “Kelly repeatedly punched his fist into his hand, stood up hovering over the woman interviewing him.”

According to Bassett, Kavanaugh’s “display of menacing rage seems to have worked.” But this has nothing to do with the mountain of evidence or testimony from dozens of witnesses against Kelly, it's all about white privilege:

Of course, it still helps to be white. While men like Kavanaugh have long been given the benefit of the doubt against their female accusers, black men have their own separate history of being falsley[sic] accused of various crimes and jailed (or worse) for no reason. In a country grappling with racism, Kelly can’t as easily rant and rave on national television and garner the same kind of sympathy that some felt for Brett Kavanaugh.

After all, Kavanaugh ascended to the highest court in the land just a week after Blasey Ford’s emotional testimony against him. The difference for Kelly is that he’s probably heading to jail.

The Atlantic’s Kornhaber said Kelly spoke “not with evidence but with emotion,” and “With details, he was fuzzy.” This sounds a lot more like Blasey Ford’s testimony as she wasn’t able to specify where or when her alleged assault occurred. The only evidence in the case backed up Kavanaugh, and all the people alleged to have been at the house that night denied the party ever occurring, including her best friend at the time.

And yet he asserts, “The closest comparison here might be to the #MeToo target now on the Supreme Court.”

One thing we’ve learned from the #MeToo movement is that a rapist leaves a long trail of victims in his destructive wake. We saw this with R. Kelly, Harvey Weinstein, Bill Cosby, and Kevin Spacey, all of whom are facing or have faced the criminal justice system as a result. We saw none of this with Kavanaugh.

Who is ultimately to blame for all this? President Trump, of course!

Bassett ties everything up in a nice little bow, "It’s clear why Kavanaugh and Kelly are so indignant. Donald Trump ascended to the presidency after being accused by a dozen women of sexual harassment and assault and even bragging about it on tape."