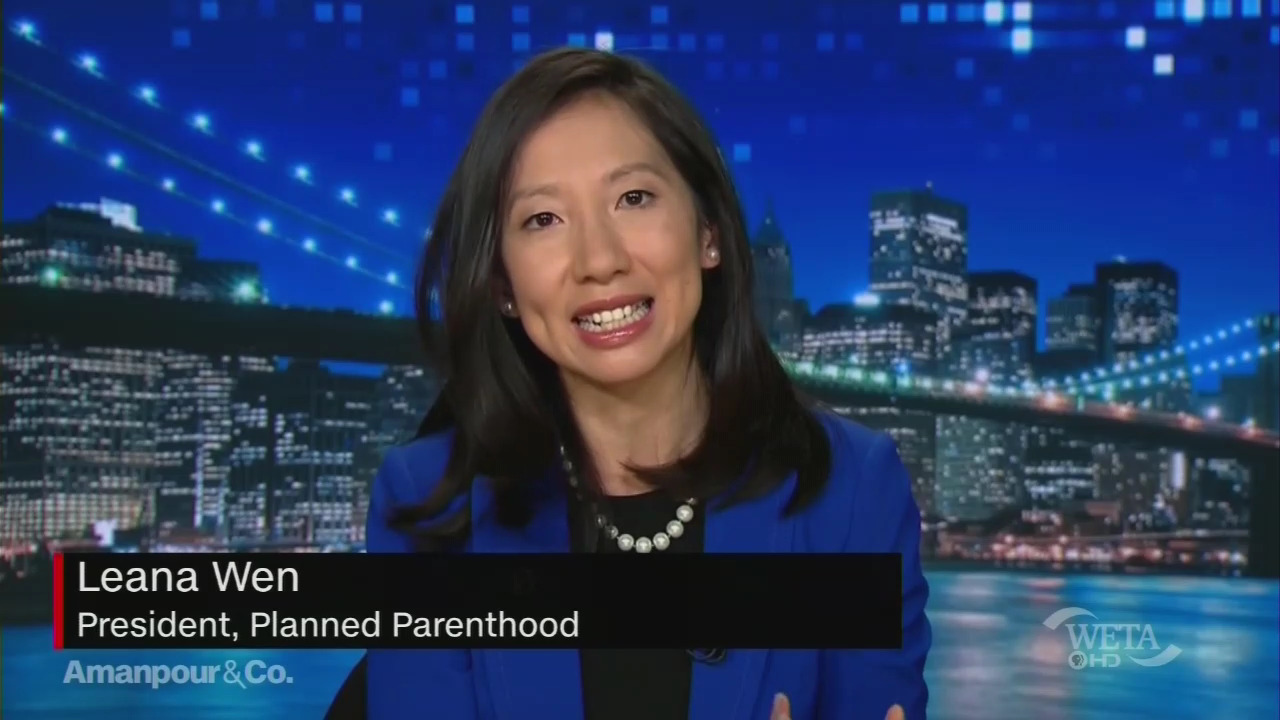 A January BuzzFeed News article titled “Planned Parenthood’s New President Wants To Focus On Nonabortion Health Care” had Wen protesting their coverage, apparently fearing it looked like abortion might no longer be their main focus. She Tweeted in response, “I am always happy to do interviews, but these headlines completely misconstrue my vision for Planned Parenthood…. First, our core mission is providing, protecting and expanding access to abortion and reproductive health care. We will never back down from that fight - it’s a fundamental human right and women’s lives are at stake.”

Now, the departure of several staffers has BuzzFeed News sounding the alarm bells again, warning that the loss of “two top political officers who helped build the women’s health care organization into an electoral powerhouse" is “sparking internal concerns about a shift in direction under new leadership.”

[F]or people inside and outside of the organization, Wen’s assurances have not calmed concerns about a new vision at Planned Parenthood, perceived by some as a belief in leadership that if the group is less political, it will present most prominently as a health care provider and minimize its status as a partisan target on the right... [The departures] came as a hit to the political infrastructure that Richards helped build in her decadelong [sic] tenure as president. And they worry more departures will follow.

It sounds like staffers are raising hackles over being given a rulebook on how to interact with Wen. Really:

Wen arrived at Planned Parenthood as a health care administrator, not steeped in the world of Democratic campaigns. Some staffers were taken aback to receive a 182-page handbook on rules and tips for staffing Wen. The “Special Assistant Guide” from the Baltimore City Health Department, according to a copy obtained by BuzzFeed News, details guidelines on timeliness (“Nothing can fall through the cracks”), office demeanor (“Make sure to frequently look up [from Twitter] and make eye contact with Dr. Wen to see if she is trying to communicate urgent information”), language use (“Dr. Wen ‘learns’ not ‘hears’”) and correspondence (“Try not to look at emails more than once. Take care of it then”).

But the outgoing Planned Parenthood Action Fund Executive Director pushed back on rumors that Wen is “not committed to political work,” calling them “just not true,” and one current Planned Parenthood executive told BuzzFeed News, “My view is that we need to invest even more in our electoral program, political work, and mobilizing our 12 million supporters,” adding her belief that “Wen is entirely committed to that mission as well.”

A simple perusal of Wen’s social media feed reveals her activism and advocacy for political issues like the overturning the Mexico City policy and defending late-term abortions, and last week she was Speaker Nancy Pelosi’s guest at the State of the Union.

BuzzFeed News has nothing to worry about. Planned Parenthood will always promote abortion – after all, aside from the federal government, it’s their biggest source of income. More likely, this unwarranted concern stems from general anxiety about the current abortion debate in America. New York and Virginia laws have put the spotlight on gruesome late-term abortions and infanticide, which, shockingly, are not popular with the American people. This is not the ground pro-abortion activists want to be fighting on if Roe v. Wade is overturned by the Supreme Court, as they fear. I guess BuzzFeed News is looking for any distraction they can find.