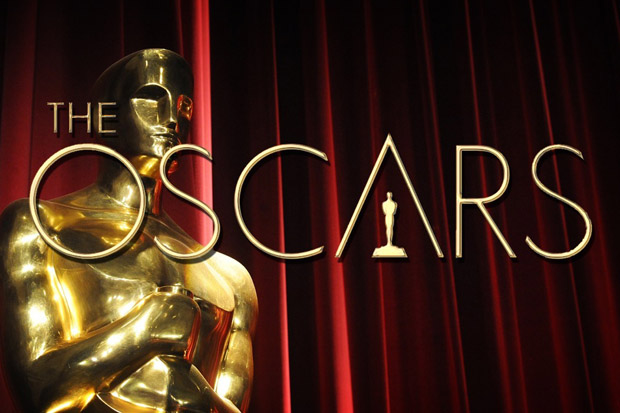 Hollywood is infamously liberal and the Oscars are always a night when they really let their political freak flags fly. Whether it’s activist films or winners lecturing to the American public during acceptance speeches, politics inevitably takes center stage, especially in an election year.

Here are the Top 5 Most Political Moments at this year’s Oscars. (Aside from Chris Rock opening the show with a 10 minute monologue on race and ending the broadcast by shouting, “Black lives matter!” and Joe Biden getting a standing ovation, of course.)

5. Alejandro González Iñárritu won Best Director for “The Revenant” and made a comment on tribalism (a nod to Trump?) and race (a nod to #OscarsSoWhite?).

...I am very lucky to be here tonight, okay? But unfortunately, many others haven't had the same luck. There is a line in the film that says, to his mixed race son, they don't listen to you, they just see the color your skin. So, what a great opportunity to our generation to really liberate ourselves from all prejudice and, you know, this tribal thinking and make sure for once and forever that the color of our skin become as irrelevant as the length of our hair. This is for my father. Thank you very much.

4. “Actor and performance capture artist” Andy Serkis likened Trump to a planet-threatening megalomaniacal monster when presenting the award for Achievements in Visual Effects.

As film makers and as actors in the 21st century, we can create any world we want. We can play anything we want. Chris, if you were to put on a motion capture suit right now, you could play a planet-threatening megalomaniacal monster to Donald Trump and -- actually, that's not very diverse, but anyway.

3. When “Spotlight” won Best Picture the producers took the opportunity to excoriate the Pope directly, and to praise “heroic” reporters.

Producer 1: This film gave a voice to survivors. And this Oscar amplifies that voice, which we hope will become a choir that will resonate all the way to the Vatican. Pope Francis, it's time to protect the children and restore the faith. Thank you very much.
Producer 2: We would not be here today without the heroic efforts of our reporters. Not only did they affect global change, but they absolutely show us the necessity for investigative journalism.

2. Sam Smith won Best Song for "Writing's on the Wall" from "Spectre," and thought he might be the first openly gay man to ever win an Oscar (he's not) and that he's not equal.

I read an article a few months ago by Sir Ian Mckellen and he said that no openly gay man had ever won an Oscar, if this is the case, even if it isn't the case, I want to dedicate this to the LGBT community, all around the world. I stand here -- I stand here tonight as a proud gay man and I hope we can all stand together as equals one day. Thank you so much.

1. Leonardo DiCaprio won the Oscar for Best Actor and, just as he did when he won a Golden Globe, he went on a rant about saving the planet.

And I want to say this. Making "The Revenant" was about man's relationship to the natural world. A world that we collectively felt in 2015 as the hottest year in recorded history. Our production needed to move to the southern tip of this planet just to be able to find snow. Climate change is real. It is happening right now. It is the most urgent threat facing our entire species and we need to work collectively together and stop procrastinating. We need to support leaders around the world who do not speak for the big polluters, the big corporations, but who speak for all of humanity, for the indigenous people of the world. For the billions and billions of underprivileged people who will be most affected by this. For our children's children and for those people out there whose voices have been drowned out by the politics of greed. I thank you all for this amazing award tonight. Let us not take this planet for granted. I do not take tonight for granted. Thank you so very much.

Honorable mention: "The Big Short" Director and screenwriter Adam McKay saying, "Most of all, if you don't want big money to control government, don't vote for candidates that take money from big banks, oil or weirdo billionaires." A segment where Chris Rock interviewed black people about the Oscars outside a movie theater in Compton. And a bizarre bit where Stacey Dash was introduced as "the new director of our minority outreach program."