The liberal media launched an offensive against both of President Donald Trump’s selections for the Federal Reserve board of governors. 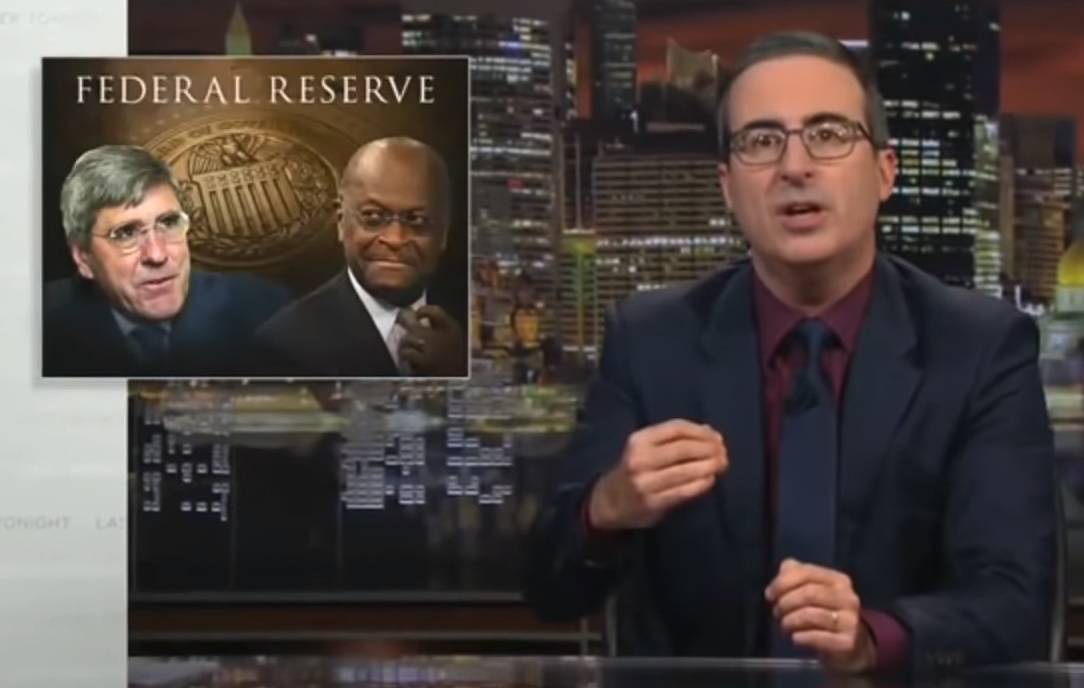 The media have outdone themselves slinging mud at the “controversial” and “unqualified” picks of economics writer and Club for Growth founder Stephen Moore and millionaire businessman, former CEO and former presidential candidate Herman Cain. Cain also served as a director for the Federal Reserve Bank of Kansas City. Directors provide “insight on current and emerging issues” in the business community.

The liberal media hurled insults, called names and even published ugly, personal attacks about divorce and tax liens. New York Magazine labeled Moore a “famous idiot,” and Cain an “unqualified hack,” and called the pair of them “so transparently dim that even other charlatans consider them charlatans.” New York Times opinion columnist Paul Krugman also called Moore a huckster and “hack.”

National Economic Council Director Larry Kudlow defended the picks saying “President Trump has every right to put people on the Federal Reserve Board with a different point of view.” There are two open seats on the board of seven.

It’s unlikely The New York Times would complain loudly about the “risk” of the Fed becoming “partisan” if the choices were liberals of similar background. A Yahoo Finance columnist argued it was an attempt by Trump to “manipulate the Federal Reserve.”

Moore holds a masters degree in economics, yet a USA Today editorial compared Moore to a 1980s soap opera doctor who hawked cough syrup in commercials. But the ugliest attacks of all were about “personal baggage” surrounding Moore’s divorce. The divorce details dominated many stories including roughly two-thirds of the words of a lengthy CNBC story, even though it had nothing to do with Moore’s suitability for the Federal Reserve.

Cain is a successful businessman who turned around struggling Burger Kings before transforming Godfather’s Pizza from “financial ruin” to profitability, according to Celebrity Net Worth. Yet, left-wing New York Magazine labeled Cain a “hack” and more. They called him a “proof of concept for the Trump campaign ... demonstrating the potential for a cartoonish infotainer to catapult to the top of the race.”

As for those sexual harassment allegations, all but one were anonymous and unspecified, yet they were promoted by the liberal media’s shoddy reporting back then. The Wall Street Journal’s James Taranto took Politico to task asking on Nov. 2, 2011, “Is this news or gossip?”

He summed up the earliest allegations writing, “Anonymous sources told Politico that unnamed women alleged that Cain said unspecified things and made unspecified gestures to them sometime before the turn of the century.” Later, one woman came forward publicly with allegations that she was touched inappropriately and another claiming an affair. Cain denied the allegations.

In 2013, the Atlanta Journal-Constitution reported that the allegations against Cain were fed to Politico by researchers on rival Jon Huntsman’s team. Huntsman was also seeking the Republican nomination in 2011.

One of the lines of attack against Moore had nothing to do with his professional background. Moore is a former economics editorial writer for the Wall Street Journal, former senior fellow at the Heritage Foundation, founder of the Club for Growth and senior economist at FreedomWorks. But instead, many outlets focused on his divorce.

This consumed multiple reports from CNBC.com, and The Guardian, as well as stories in The Washington Post, an editorial from USA Today and New York Times reporting. Following The Guardian’s reporting on Moore’s divorce, The Times reported that Moore’s ex-wife Allison asked for the court records to be sealed.

The tabloid-esque story claimed, “Stephen Moore’s divorce records paint President Donald Trump’s nominee for the Federal Reserve board as a brazen philanderer who openly talked about his purported mistress in front of his kids.”

It’s unclear why Moore’s divorce or marriage would have any bearing on his suitability for Fed governor, yet CNBC spent twice as many words on those “messy” bits (1,091 words vs. 512 words), than on his anything else about him including his professional history.

The liberal media quoted many critics of Moore, but he has proponents too. The just weren’t quoted often in the liberal press. USA Today did at least print an “opposing view” column by former restaurant group CEO Andy Puzder supporting Moore the same day it shared “our view” against Moore for the Fed. Puzder called Moore “exactly the type of ‘growth hawk’ we need at the Federal Reserve.”

A colleague also spoke up to defend Moore from the media onslaught on April 4. FreedomWorks president and CEO Adam Brandon defended Moore’s pick in a Washington Examiner op-ed April 4, calling him “one of the finest minds and biggest change-makers in the field of economics. No wonder Democrats hate him.”

Brandon also criticized the left and the media for trying to “exploit the alleged details of a private divorce” and “household tax returns.” He also argued Moore could be an asset to the Federal Reserve by bringing a “valuable contrarian viewpoint,” to the group. His third argument in favor of Moore was that “He is a friend of the taxpayer, which makes him an enemy of the Swamp” and the DC establishment.

Investment banker Christopher Whalen also argued that because of an “out of control” Fed “It’s high time that President Trump put some new faces” there. He supported both choices, Cain and Moore, in that The American Conservative article.

“The biggest problem facing the financial markets today is that the folks at the Fed have no appreciation for how their policies are affecting the real economy. Ten years of inflation, open market manipulation, and other experiments have left the U.S. burdened with trillions of dollars in new public and private debt,” Whalen wrote.