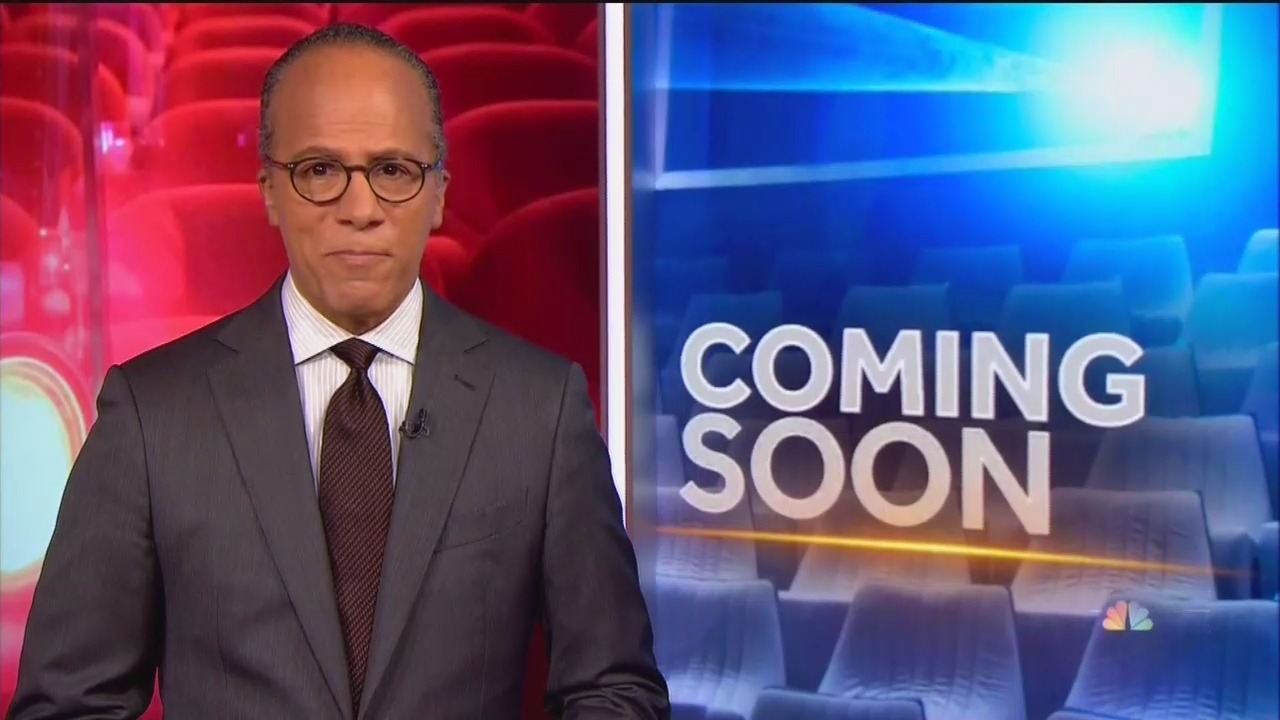 With the election looming, the addition of a quarter million new jobs in October, grabbed headlines. But NBC Nightly News gave more than twice as much attention to the hot topic of celebrating Hollywood’s movie rating system.

On Nov. 2, the Bureau of Labor Statistics announced 250,000 jobs had been added last month (roughly 60K higher than expected) and the unemployment rate remained at nearly a 50-year low of 3.7 percent. Wages also grew at a higher-than-expected pace, the fastest since 2009. ABC, CBS and NBC evening newscasts that night all described the numbers positively, but less important stories still dominated Nightly News.

Nightly News devoted twice as much time to a feature story explaining how Hollywood movies get their ratings and the anniversary of the Motion Picture Association of America as they did on President Trump having those great “jobs numbers at his back” as he was “barnstorming” for Republicans running in the midterm elections Nov. 6.

The story about the ratings system was 1 minute 36 seconds long, compared to a combined 45 seconds about the economy inside a political story about the midterm elections and Trump’s other focus: immigration. 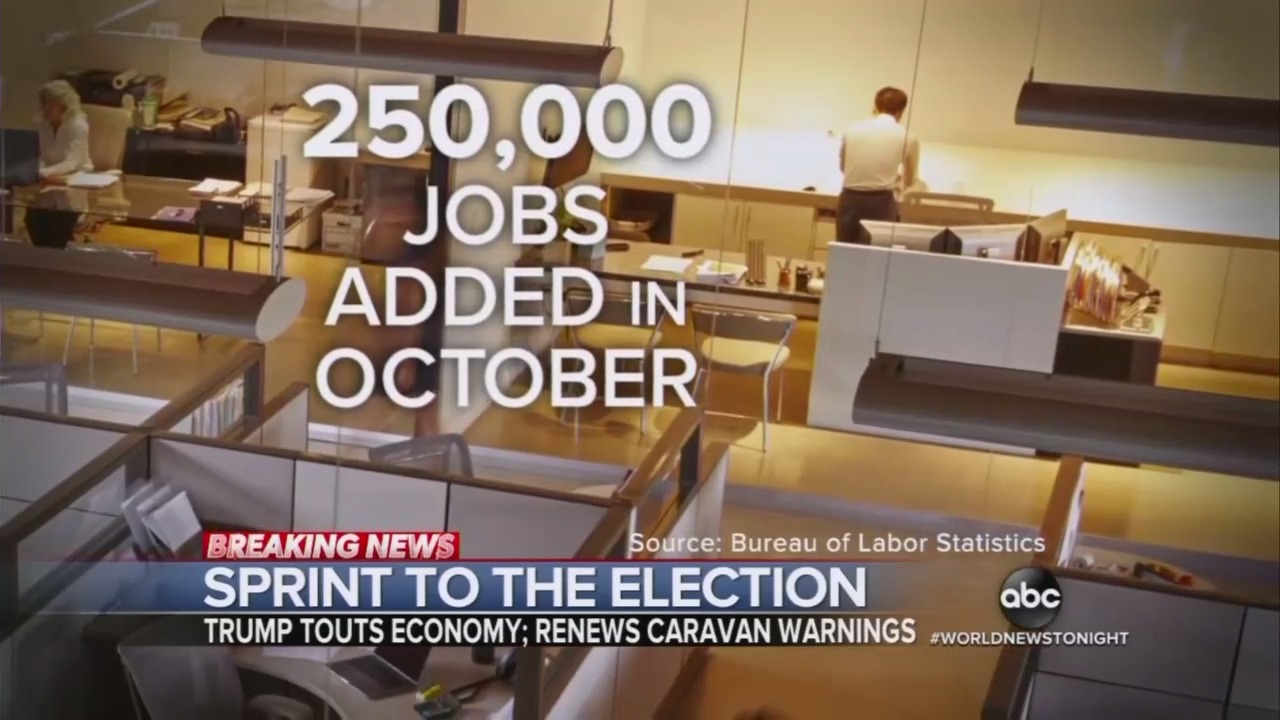 ABC World News with David Muir and CBS Evening News also reported the jobs data in context of the midterm election and the final weekend of campaigning. CBS anchor Jeff Glor said Trump was “armed” with the jobs report, but didn’t make the economy his “top issue” on the campaign trail.

Correspondent Terry Moran told World News viewers “news of the booming economy came as a shot of adrenaline for President Trump heading into the final weekend of the campaign.”

He said that the latest jobs report “gave the president something to talk about,” suggesting it allowed Trump to “pivot” from earlier remarks about immigrants.

MRC Latino found that Spanish-language channel Univision’s evening news program devoted a scant 24 seconds to the latest jobs report, while Telemundo’s story on the subject clocked in at 39 seconds. Telemundo anchor Jose Diaz-Balart called it “great news” for Republicans and reported the number of jobs, growth in wages and the overall unemployment rate.

However, in a glaring omission, neither of the country's top two Spanish-language newscasts included in their reports the new record-low level of Hispanic unemployment, which fell once again, to 4.4%. In contrast, both Univision and Telemundo did have time, however, for much lengthier reports on Mexico's annual "Day of the Dead" celebration.

In sum, the latest report was too good to overlook, but the networks have often ignored positive economic news under the Trump administration. One week earlier, the same shows ignored the first look at third quarter economic growth (GDP) of 3.5 percent — a rate other media outlets admitted was high enough to keep the economy on track for 3 percent annual growth. The highest consumer confidence rating in 18 years, due to jobs and wages, was also ignored on Oct. 30.