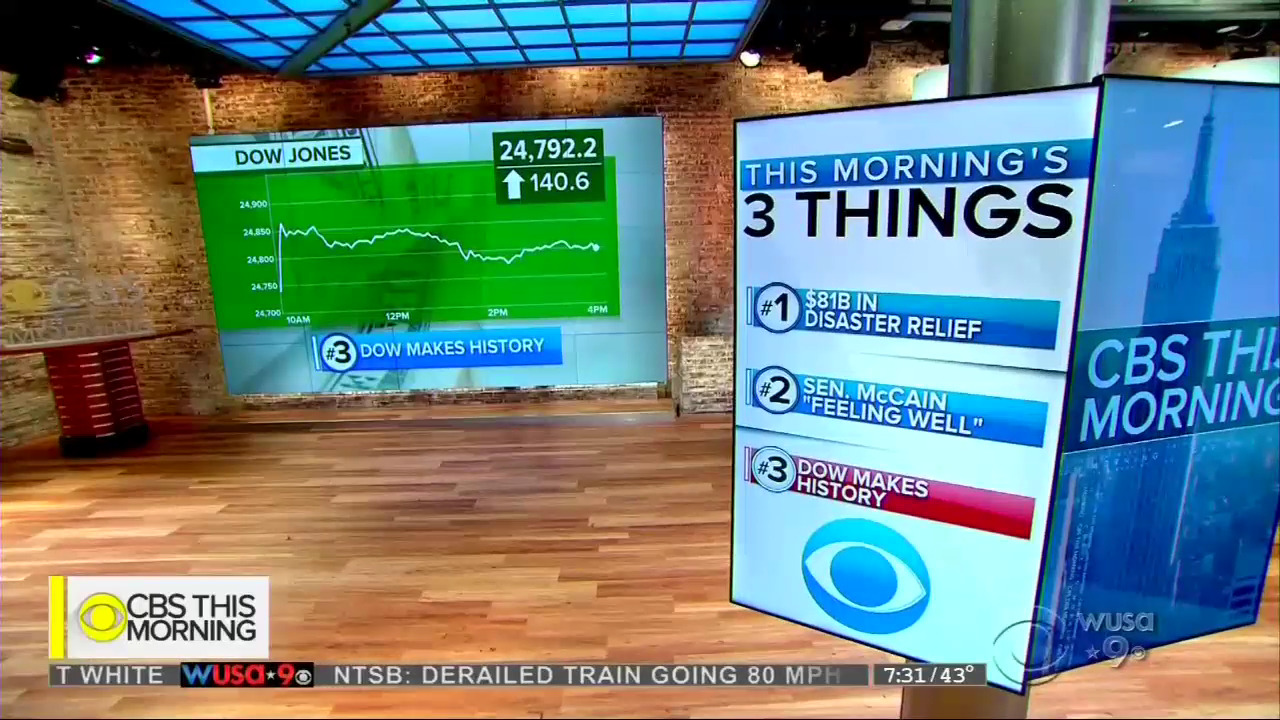 Her complaint about the economy was certainly correct. In fact, the very day after she tweeted that question all three network newscasts ignored the news that the Dow Jones Industrial Average gained 5,000 points in a year for the first time in history. CBS This Morning did acknowledge that historic event on Dec. 19, briefly.

CNBC specifically attributed the market “momentum” to the prospect of tax reform.

But that record wasn’t the only one many media outlets — especially the three broadcast networks censored. Between the Trump inauguration and Aug. 1, the Dow Jones Industrial Average set 31 record closing highs. But the evening shows ignored the records on the days they happened a whopping 80 percent of the time. The shows also minimized the “historic” Wall Street gains, undermined them with phrases like “small gain” and complained that the market “may not reflect” the overall economy.

Strong GDP growth estimates and good job reports were also downplayed or ignored this year. CNBC reported on Dec. 18, that American optimism about the economy is high and could be helping boost President Donald Trump’s approval ratings. The networks didn’t mention that either on Dec. 18.

CNBC’s All-America Economic Survey said more than half its respondents rated the economy good or excellent for the first time in 11 years.

That could be a reason various liberal media outlets have minimized good economic news throughout the year.

Coverage of GDP reports on the same shows was a pittance. Those three evening news shows combined spent just 52 seconds on 2017 GDP estimates the nights they were released (announced between April and November). Sometimes those evening news programs skipped the government announcement entirely, such as the 3-percent forecast released Oct. 27, which was higher than expected. The August GDP announcement was also ignored.

The Dow Jones Industrial Average set at least 67 new record closing highs in 2017. But many of them were unreported by the networks. In October, Dow 23K was reported by NBC Nightly News, but ignored by CBS Evening News and ABC World News Tonight with David Muir.

The MRC’s Rich Noyes put the media’s focus into perspective in July, showing how those network newscasts spent 16 minutes on things they considered Trump administration controversies, compared to just 40 seconds about an announcement from electronics supplier Foxconn to build a factor in Wisconsin that could create 3,000 jobs and potential further investment in the United States.