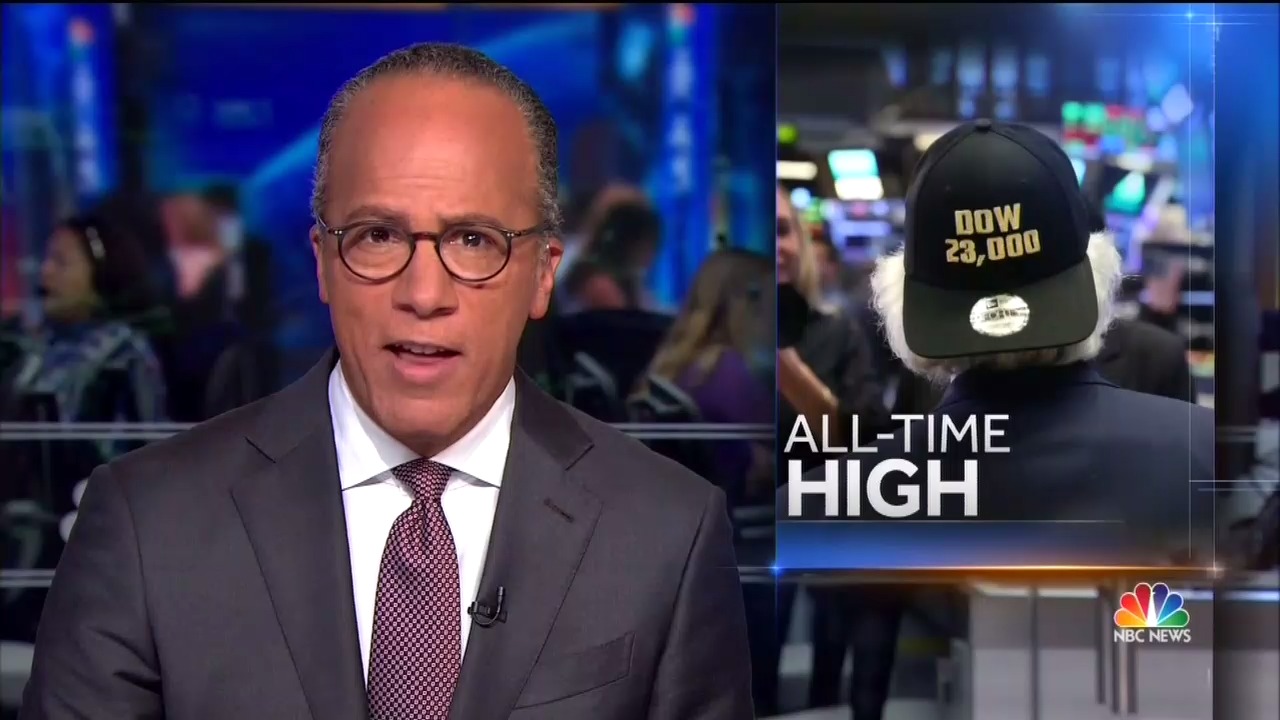 The Dow Jones Industrial Average surged to more new records on Oct. 17 and 18, crossing 23,000 points for the first time during a trading day then closing above 23K for the very first time the next day.

But broadcast networks minimized the stock market “milestone.” Only one of the three broadcast networks covering the market during evening news programming. NBC Nightly News discussed the markets on Oct. 17, and 18, but both nights ABC’s World News with David Muir and CBS Evening News were silent.

Nightly News reported the “record-setting day” on Oct. 17, with anchor Lester Holt telling viewers, “If you’ve been invested in stocks through your 401(k), pension, or mutual funds, there’s a good chance you’ve made money this year.”

Correspondent Tom Costello admitted the good news: “That milestone coming just over two months since the Dow crossed over 22,000. This has been the year of records day after day, since Jan. 1, the Dow Jones index of 30 leading stocks is up a whopping 16 percent.”

He went on to cite “an improving global economy, low interest rates” and “strong corporate earnings,” and later acknowledged the dramatic rise in the stock market since President Donald Trump’s election “partially on his moves to deregulate business.”

The broadcast networks have been minimizing the stock market gains since Trump’s election, by frequently failing to report new records. However, in May a sharp selloff got network attention and was quickly connected to Trump.