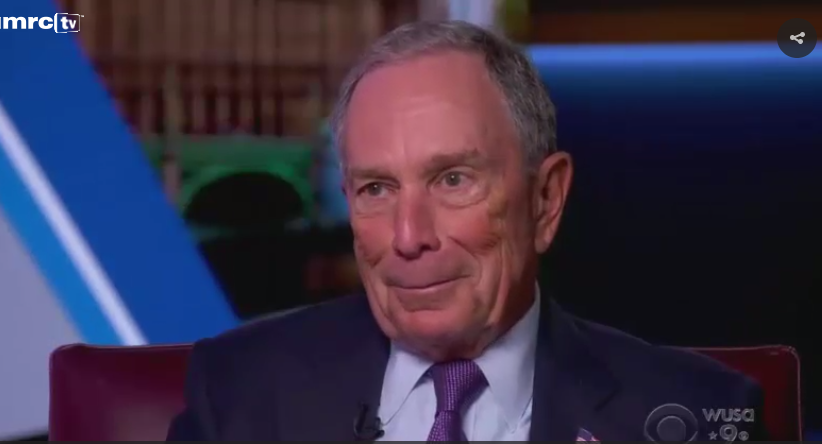 As the records piled up, the liberal broadcasts networks often ignored or downplayed stock market gains. That was true again on Sept. 19, when ABC World News with David Muir and NBC Nightly News omitted the new high from their programs. CBS Evening News brought up the rising stock market, but didn’t specific cite the day’s record.

None of the broadcast network evening news shows mentioned that streak on Sept. 19. The omission was the latest example in the networks’ trend of downplaying the stock market rally since Trump’s election in November 2016. The networks also censored 25 of the first 31 records set under Trump.

“One of the first things the president said in his speech today, which he often says, is that the stock market is at a record high,” Mason began.

What is that a reflection of?” Mason asked.

“I have absolutely no idea. I cannot for the life of me understand why the market keeps going up,” Bloomberg replied.

While Bloomberg was baffled at the steady record-setting, MarketWatch gave a reason. It attributed the rising markets to “stealth” factors including tax reform optimism and “cheering because higher taxes and new regulations are not on the horizon.”