Conservative leaders are calling out the liberal media for a dangerous hypocrisy: While media outlets readily promote an organization locating conservative and faith-based organizations on a “hate map,” they would never do the same for a map of abortion providers. 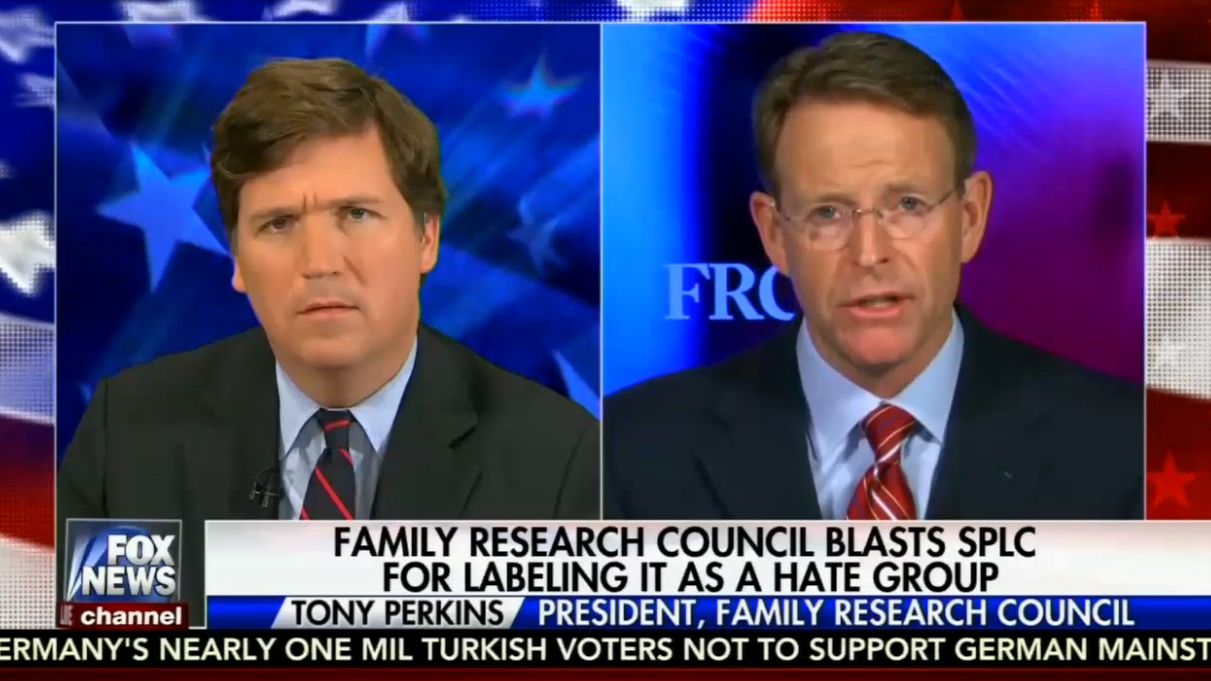 On Wednesday, 47 conservative leaders and organizations demanded that news outlets immediately halt their use of Southern Poverty Law Center (SPLC) data. Composed by the Family Research Council and signed by Media Research Center President Brent Bozell, the leaders published an open letter to the media detailing why outlets should stop referencing the “attack dog of the political left” while reporting.

“The SPLC is a discredited, left-wing, political activist organization that seeks to silence its political opponents with a ‘hate group’ label of its own invention and application that is not only false and defamatory,” the leaders challenged, “but that also endangers the lives of those targeted with it.”

According to the SPLC, many traditionally conservative and faith-based organizations constitute “hate” – a smear that has real-life consequences.

The letter pointed to Floyd Lee Corkins II, who, five years ago, entered the doors of the Family Research Council with the intention of a shooting rampage. The building manager stopped him, but not before getting shot himself.

“Corkins intended to kill everyone in the building, and then go on to terrorize additional organizations,” the letter read. “The U.S. Attorney stated in federal court that Corkins targeted FRC and additional targets by using the SPLC website’s ‘Hate Map.’” 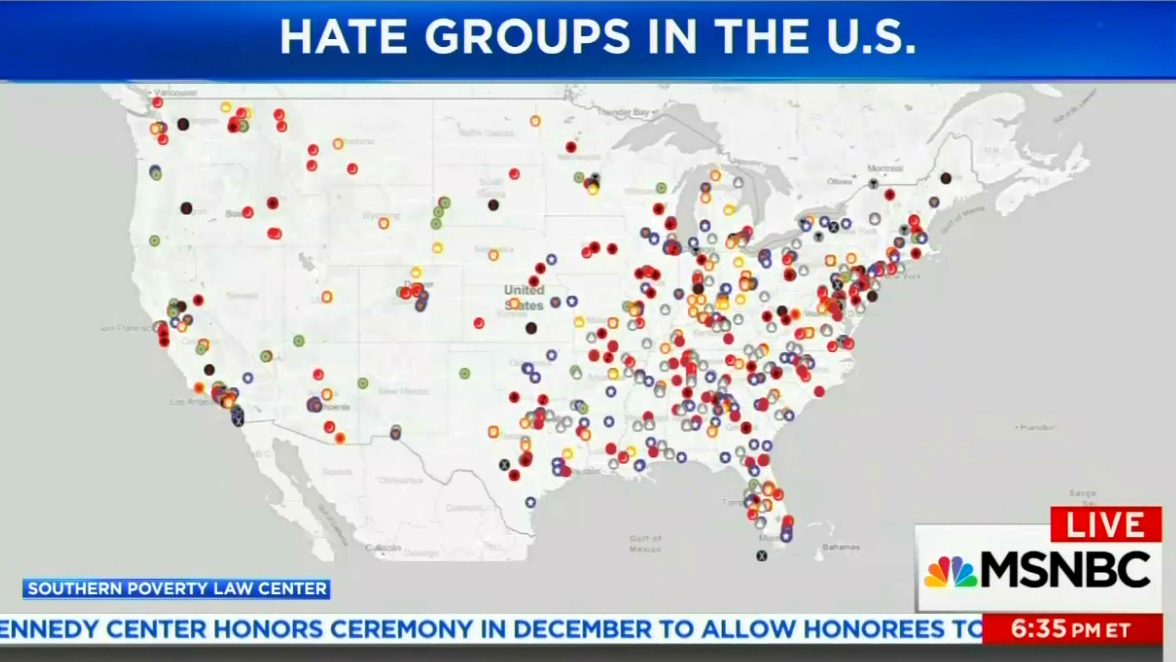 While the networks ignored the use of SPLC’s hate map in that instance, Hollywood and the liberal media routinely cite SPLC data without question. And, in the wake of the Charlottesville violence, the SPLC has only gained steam by attracting big name financial backers.

But the leaders urged that now, more than ever, the media must cut off ties with the SPLC to avoid “another Corkins.”

“We believe the media outlets that have cited the SPLC in recent days have not intended to target mainstream political groups for violent attack, but by recklessly linking the Charlottesville melee to the mainstream groups named on the SPLC website,” the letter continued, “we are left to wonder if another Floyd Lee Corkins will soon be incited to violence.”

“To associate public interest law firms and think tanks with neo-Nazis and the KKK is unconscionable, and represents the height of irresponsible journalism,” the leaders declared. “All reputable news organizations should immediately stop using the SPLC’s descriptions of individuals and organizations based on its own obvious political prejudices.”

To support their letter, the leaders cited both political and media figures debunking the SPLC and highlighted the FBI’s discontinued use of the SPLC as a “trusted source” for Hate Crimes in 2014.

For their final example, the leaders pointed to the SPLC’s attack of human rights activist Ayaan Hirsi Ali, who has “experienced the violent and misogynistic side of Islam first hand” as a victim of female genital mutilation, among other grievances. 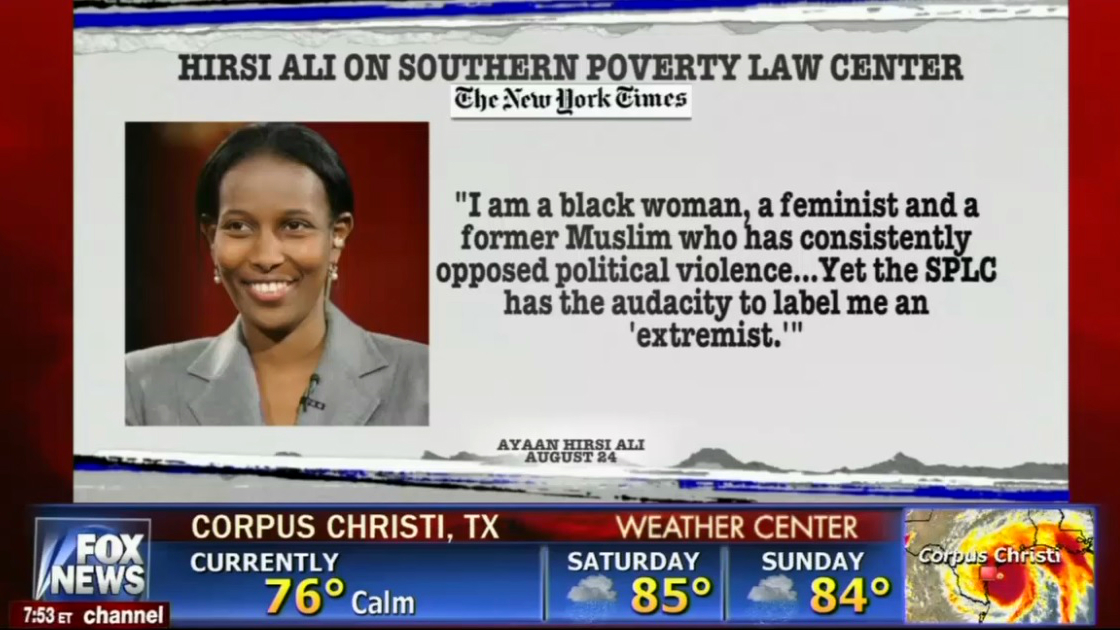 I am a black woman, a feminist and a former Muslim who has consistently opposed political violence. The price for expressing my beliefs has been high: I must travel with armed security at all times. My friend and collaborator Theo van Gogh was murdered in broad daylight.

Yet the S.P.L.C. has the audacity to label me an ‘extremist,’ including my name in a ‘Field Guide to Anti-Muslim Extremists’ that it published on its website last October.

In that guide, the S.P.L.C. claims that I am a ‘propagandist far outside the political mainstream” and warns journalists to avoid my ‘damaging misinformation.’ These groundless smears are deeply offensive, as I have dedicated much of my adult life to calling out the true extremists: organizations such as Al Qaeda and ISIS. Yet you will look in vain for the S.P.L.C.’s ‘Field Guide to Muslim Extremists.’ No such list exists.

The leader also called out the media as hypocritical. 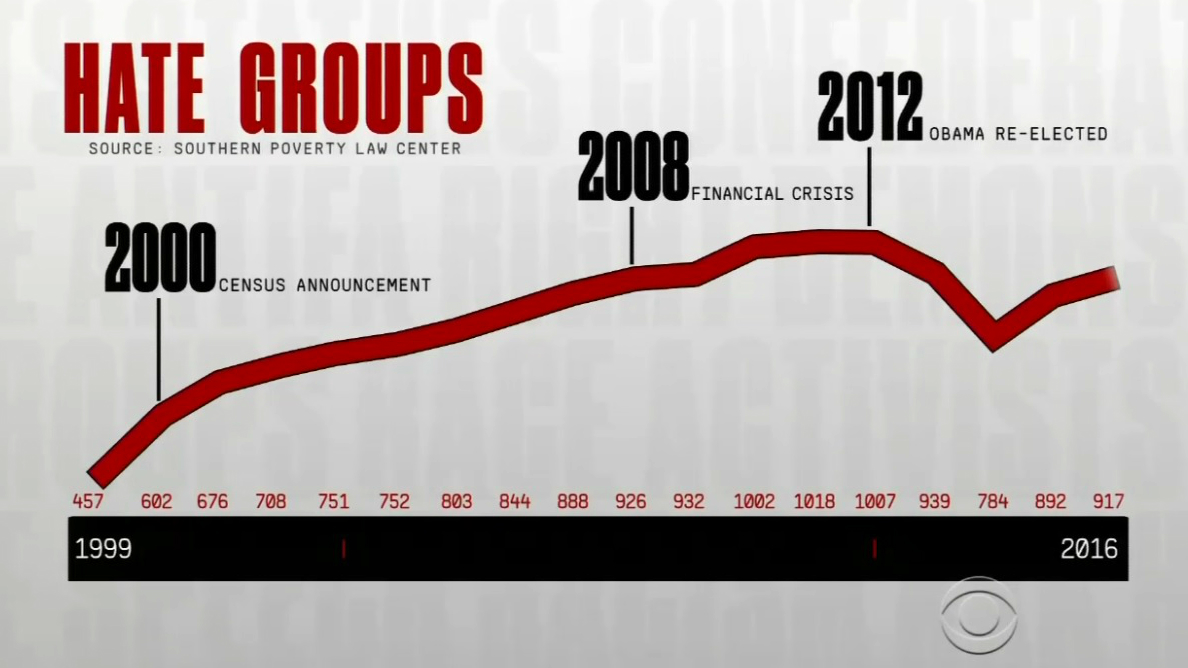 “If a national pro-life advocacy organization were to release a map with caricatures of abortionists and title it, ‘Here’s Where the Baby Killers are Located in Your State,’ would the media run the story?” the leaders asked of a situation where Congress proposed defunding Planned Parenthood. “Would it reprint the map and discuss the location of these ‘pro-death’ doctors throughout the news day?”

“Clearly, it would not,” they determined.

In their conclusion, the leaders repeated the dangers SPLC poses.

“Given the above points, and most alarmingly that the SPLC’s ‘hate group’ propaganda has been linked to two terrorist shootings in the D.C. area,” they ended, “we respectfully request that you cease using the SPLC’s data and its various lists and maps in your reporting.”