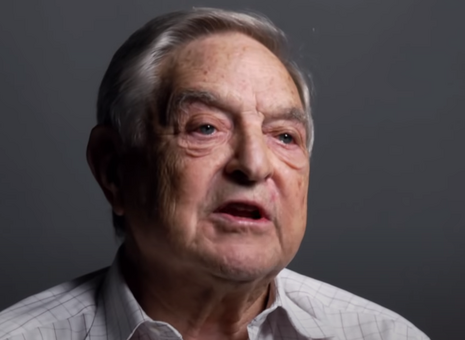 Full Fact described itself as a group of “independent fact checkers and campaigners who find, expose and counter the harm [bad information] does.” However, it published a piece in February 2020, headlined “There's no evidence that the 2019 coronavirus originated in a Chinese government laboratory.” Knowledge about the virus was still very rare at the time.

Now, over a year later, the lab-leak theory is considered valid, and there is currently a U.S. investigation underway. It was as if Full Fact was trying to frame the narrative about the virus before anyone could really understand it.

What makes Full Fact’s behavior worse is that Soros — along with fellow liberal billionaire eBay Co-Founder Pierre Omidyar — was reported as a financier behind Full Fact’s “immune system” fact-checking software, which was launched in 2017. The system was designed as “an automated fact-checking system that quickly alerts [journalists] to false claims made in the press, on TV and in parliament,” according to The Guardian. An early version of the system was called the “bullshit detector.” The Soros network Open Society Foundations gave $160,080 to Full Fact in 2017 for the purpose of supporting “charitable and educational activities of Automated fact-checking.”

But that’s not all. Full Fact also listed other core funders on its website, such as liberal Big Tech companies Facebook and the Google News Initiative. Another notable funder is the liberal Poynter Institute’s International Fact-Checking Network, which also happened to receive at least $1.3 million collectively from Soros and Omidyar in 2017.

Full Fact peddled the theory proposed by the communist Chinese regime and parroted by the World Health Organization that COVID-19 originated from a wet market in Wuhan, China. Full Fact wrote in a May 21, 2020 piece as if “Chinese authorities” on the coronavirus origin matter were credible even after U.S. intelligence determined that the communist party in China concealed the extent of the coronavirus outbreak:

Chinese authorities linked the first reported human cases of the new coronavirus to a ‘wet market’ in Wuhan. The market reportedly sold many species of live animals. This has led to suggestions that the source of the virus was an animal sold at the market, although this is yet to be officially confirmed.

Ironic that an outlet funded by one of America’s most notorious billionaires was willing to push misinformation and Chinese propaganda while claiming to fight “bad information.”

Conservatives are under attack. Contact Full Fact and demand the organization update its February 2020 piece claiming there’s “no evidence” the coronavirus originated from a laboratory in communist China.