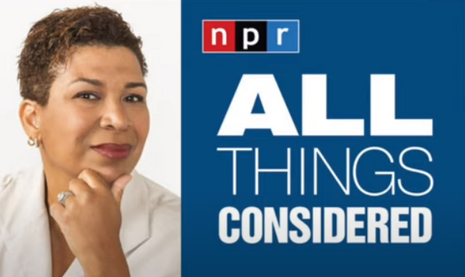 While interviewing American Action Forum President Douglas Holtz-Eakin, Martin stated: “Well, you know, the jobs figures came out, the unemployment figures came out last week. And many people were shocked.” She then pivoted to attack GOP governors with a bonkers angle: “The economy only added about 266,000 jobs when many more were expected. Analysts thought as many as a million could have been added. Are you — are these governors pushing people to go back to jobs that don't exist yet?” [Emphasis added.]

The Bureau of Labor Statistics (BLS) reported recently that the number of “job openings” in the U.S. “reached a series high of 8.1 million on the last business day of March.” Holtz-Eakin immediately pointed out the “8.1 million” figure to Martin and noted that it was “the largest number we've ever had.” Holtz-Eakin proceeded to note how “we know there are jobs out there. We know employers are trying to hire. We just haven't been able to get people to show up and take those jobs.” He said that “I think the concern is that the jobs exist.”  [Emphasis added.]

Listen to the segment below. The relevant portion begins around the 2:00 mark.

It’s unclear how Martin missed an obvious fact like the number of job openings that were available and left unfilled. Economist Stephen Moore obliterated the logic behind Biden’s free lunch agenda in January: “Casey Mulligan of the University of Chicago and I estimate that at least 4 million jobs would be destroyed by the Biden bill because all of the free money makes work less essential and — in many cases — less financially attractive than getting off the couch and working. That’s some stimulus.” Perhaps giving people free money is actually a really bad method to stimulate the economy.

The media at large have proven to be derelict when it comes to reporting on the state of the economy. When the BLS released its report showing terrible job growth in April, the report destroyed the media’s celebratory hype about the nation’s economic growth under President Joe Biden. Multiple media outlets pushed wild and haphazard predictions that were off by at least 734,000 jobs — perhaps as much as 1,734,000 jobs.