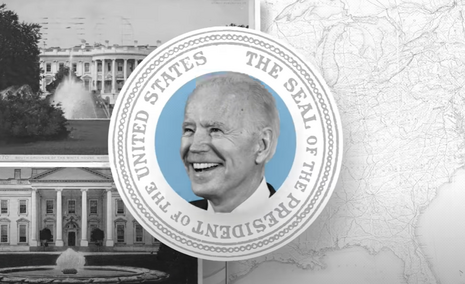 New York Times “The Morning” newsletter writer David Leonhardt claimed President Joe Biden’s massive tax hike proposal was not “radical.” One economist was having none of it.

Leonhardt panned outcries from detractors against Biden’s tax increases like the Tax Foundation as allegedly obscuring “a basic fact about Biden’s tax plan: It would not actually raise tax rates on the rich to high levels, historically speaking.” He pivoted off of an opaque analysis on historical tax rates by University of California Berkeley associate professor of economics Gabriel Zucman to claim Biden’s plan was “not radical. For that reason, it is highly unlikely to have the harmful effects on economic growth that its critics are claiming.” CATO Director of Tax Policy Studies Chris Edwards, when reached for comment, suggested Leonhardt was “misleading” his readers.

Edwards scrutinized Leonhardt’s claim that if Biden’s plans were passed, “the total federal tax rate on the wealthy would remain significantly lower than it was in the 1940s, ’50s and ’60s.” Edwards pointed out how “It is not clear what ‘tax rates’ the NYT is talking about.” He continued: “Leonhardt says the rates are from a special Zucman analysis for the NYT, but the details are not disclosed. The NYT should disclose the full details because many readers will not trust them or Zucman to be fair in the assumptions used.”

CNBC reported the Tax Foundation’s recent analysis that the combination of Biden tax proposals would “bring total effective marginal rates as high as 61%,” which would be “the highest such rate in nearly a century, according to the tax policy research group.” The fact that Leonhardt wasn’t clear on what “tax rates” he or Zucman was referring to in his article is deceptive. [Emphasis added.]

Nevertheless, Leonhardt whined that “taxes on the wealthy have fallen over the past 70 years.” Edwards pointed out that “[T]he average top federal-state individual rate in 2019 was 44% for the U.S. and 43% for the 36 [Organisation for Economic Cooperation and Development] countries. America already punishes high earners more than average in the OECD[,] and Biden’s proposals would exacerbate the problem.” Also, Edwards noted that while corporate rates have fallen, “corporate tax revenues have risen across the OECD.”

Edwards tore Leonhardt’s deceptive arguments on two other fronts. First, Leonhardt claimed, “Today, corporate taxes are only about one-fourth as large, as a share of G.D.P., as they were in the 1950s and ’60s.” Edwards retorted: “That is a misleading statistic and Leonhardt should know it.” He continued: “The corporate tax share of GDP is down substantially because the share of overall US GDP produced by those corporations is way down.”

Second, Leonhardt claimed: “For most of the past quarter-century, taxes on the affluent have continued falling, including the rates on corporate profits, personal income, stock dividends, stock holdings and inheritances.” Edwards pointed to a 2020 Congressional Budget Office analysis showing who pays federal income, corporate and payroll taxes. The data in the CBO report showed the exact opposite of what Leonhardt claimed. As Edwards summarized: “The overall federal tax rate on the top 1% is about the same as it was 40 years ago, while the average tax rate on the bottom one-fifth of households has plunged to almost zero.” [Emphasis added.]

Conservatives are under attack. Contact The New York Times at 800-698-4637 and demand it stop behaving like the public relations arm of the Biden administration.