When U.S. GDP dropped 9.5 percent, multiple media outlets and journalists fired off on Twitter and their headlines that second quarter GDP actually fell 32.9 percent, which was false. The 32.9 percent figure is the annualized rate of decline in GDP. 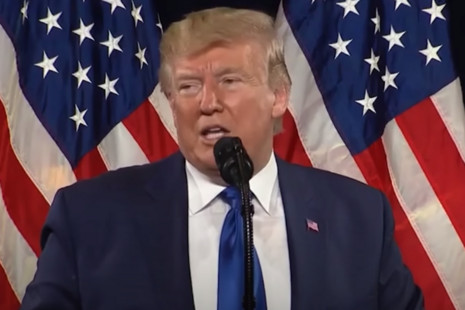 The Washington Post understood that there was confusion on the interpretation of the data in a July 30 piece headlined, “Did a third of the economy really vanish in just three months?” It’s sub-headline noted that “[t]he second quarter GDP report confused many.” But instead of holding its media competitors to account for pushing a false narrative, The Post actually hinted that Trump administration’s Commerce Department is to blame for the confusion. [Emphasis added.]

After citing the Commerce Department’s “eyeball-blistering observation” that real GDP “decreased at an annual rate of 32.9 percent in the second quarter,” Post economic reporter Andrew Van Dam quipped: “That 32.9 percent represents the loss of a third of the economy. Let that sink in. Now let it wriggle back out again — it is not exactly true.”

Why is that exactly? Van Dam said, “The Commerce Department reports quarterly GDP at an annual rate to allow easy comparisons to other time periods. Remove the annualization, and we see the economy contracted a still-abysmal 9.5 percent.”

Van Dam referred to this issue as the Commerce Department’s “affection for annualization.”

So is Van Dam’s issue that the Commerce Department reported the 32.9 percent statistic correctly as the “annual rate”? The Bureau of Economic Analysis report says what the 32.9 percent figure is clearly in the first sentence. Van Dam even quoted it directly. 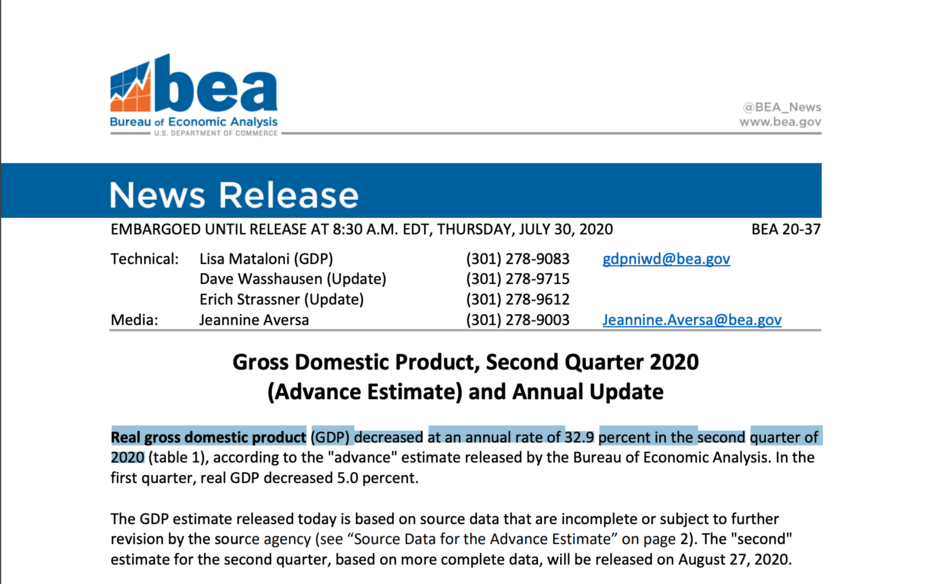 Maybe Van Dam should shift his rebuke from the Commerce Department for stoking confusion to CNN Newsroom and others for not clarifying the 32.9 percent figure as the “annual rate.”

CNN Newsroom anchors Poppy Harlow and Jim Sciutto repeatedly ran a slide pushing fake news that GDP shrank 32.9 percent in the second quarter. That segment lasted for 264 seconds without any clarification that the figure represented the annualized rate. In fact, the factual 9.5 percent decrease wasn’t even mentioned in the segment.

CNN political correspondent Abby D. Phillip also pushed the fake news on Twitter. She tweeted: “BREAKING: America's economy just had its worst quarter on record. The US economy contracted by 32.9% between April and June, its worst drop on record, the Bureau of Economic Analysis said Thursday.”

CNBC’s story on the news was headlined, “Second-quarter GDP plunged by worst-ever 32.9% amid virus-induced shutdown.” The first bullet-point reiterated the false statistic that “the U.S. economy suffered its worst period ever in the second quarter, with GDP falling a historic 32.9%.” It’s not until the second paragraph that CNBC gives the context that “[g]ross domestic product from April to June plunged 32.9% on an annualized basis.” [Emphasis added.]

NBC News spread that false statistic on Twitter, saying “BREAKING: US GDP falls by a record 32.9% in 2nd quarter[.]”