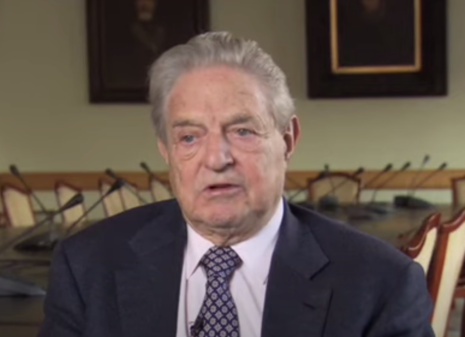 But just who is funding Democracy PAC?

As it turns out, Soros is. His major left-wing 501(c)(4) group Fund for Policy Reform (FPR) has given Democracy PAC at least $35 million so far between January 7 and March 18, according to Federal Election Commission records. Democracy PAC is the only FEC-listed FPR recipient so far this election cycle for FPR contributions. FPR’s 2018 990 listed Soros as its Director/Chairman and Soros’s Open Society Foundations President Patrick Gaspard as its Ex Officio/president.

FPR was “founded in 2009 and established through a $100 million donation” by Soros. According to Influence Watch:

Though the Fund for Policy Reform began with a focus on supporting left-of-center environmentalist advocacy, the Fund is now active in public welfare, opposition to capitalism, criminal justice reform, and drug policy.

Democracy PAC has since contributed millions to leftist groups like Priorities USA Action, American Bridge 21st Century PAC, and the radical abortion group NARAL Freedom Fund. Each had been exploiting the coronavirus to attack President Donald Trump with TV advertising.

On multiple occasions this year, Priorities USA Action’s anti-Trump ads led all coronavirus ads aired on TV with thousands of airings combined. The ads exploited the pandemic to attack Trump with propaganda, and even misleading statements in some instances.

The Trump campaign recently sued a Wisconsin television station for running a Priorities USA Action ad laced with misleading statements. The ad with the spot title “Exponential Threat” alleged “the president called the coronavirus a ‘hoax,’” according to The Hill April 13. “Fact-checkers have said it’s wrong to claim that Trump called the virus a hoax, noting that the president’s full quote shows he was describing Democratic efforts to politicize the virus.”

American Bridge PAC pushed an anti-Trump ad that was fact-checked by FactCheck.org. FactCheck.org said that the ad left a "misleading impression." That particular ad aired 1,089 times on TV between April 25 and May 1.

Democracy PAC has given $2 million so far to American Bridge PAC.