If there was ever a reason to defund liberal National Public Radio (NPR) from its taxpayer cash flows, this latest news surely makes a strong case. 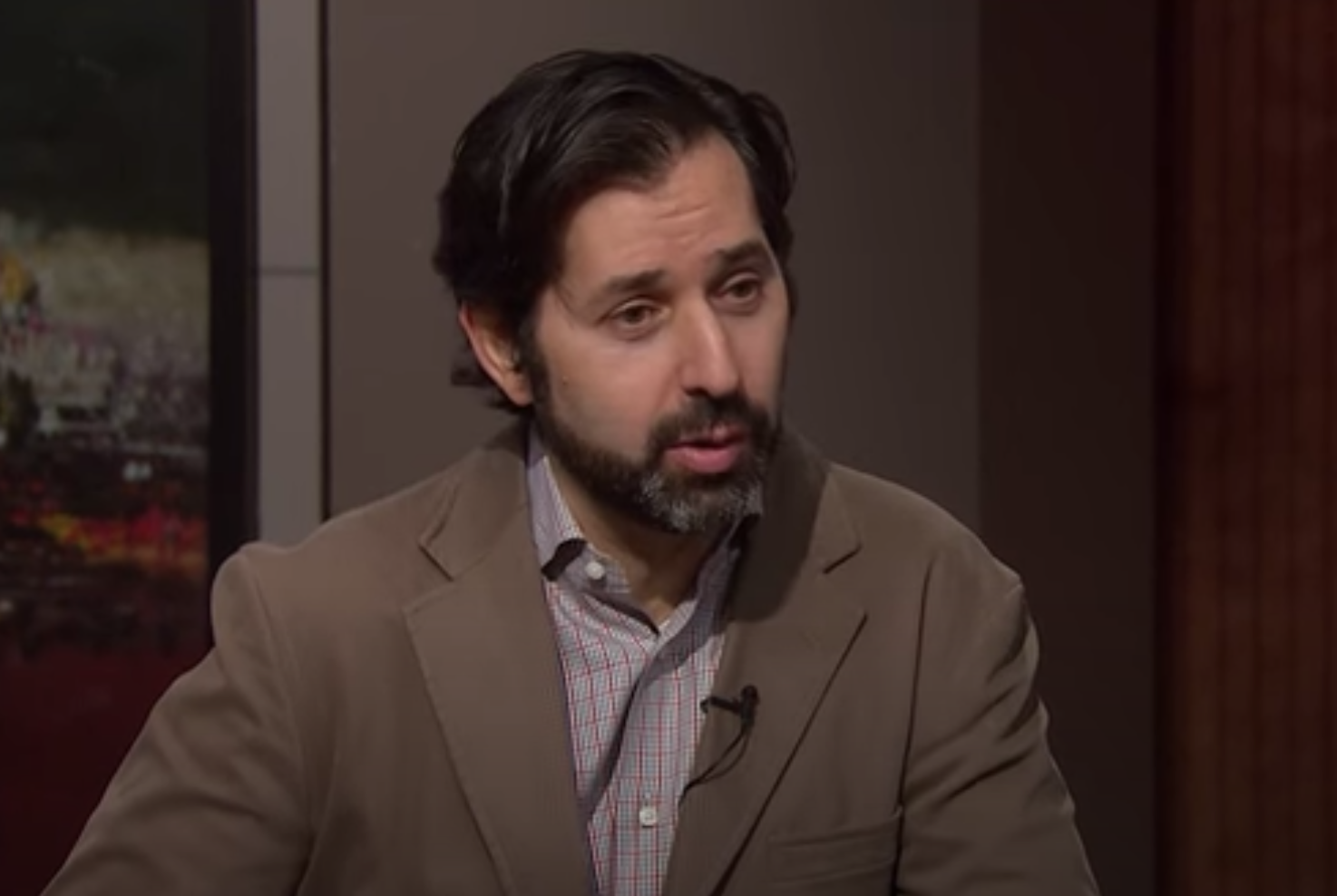 NPR’s Media Correspondent, Host and Editor David Folkenflik published a glowing piece heralding how a “pair of philanthropists” Eric Schmidt (former Google CEO) and wife Wendy Schmidt are “seeking to promote more local coverage from public radio with a gift of $4.7 million for NPR collaborations in the Midwest and California.”

Here’s the problem: It’s a gift with a big bias behind it. Between 2019-2020, Eric Schmidt had already given hundreds of thousands of dollars combined to Democratic candidates, PACs and committees, most of it going to the Democratic National Committee Services Corps. Schmidt has given no contributions to Republicans during this time period, according to Open Secrets.

NPR didn’t disclose any of this in its story.

This generous gift will allow the Midwest and California regional newsrooms to focus on investigative reporting, which is so essential to an informed citizenry and democracy.

Folkenflik touted the news in a Tweet. When NewsBusters Executive Editor Tim Graham called him out on Twitter for Eric Schmidt’s bias, Folfenfik deflected. Specifically, he pointed to NPR’s Chairman of the Board and former CEO Paul Haaga, who Folkenflik said was an “active Republican donor.” 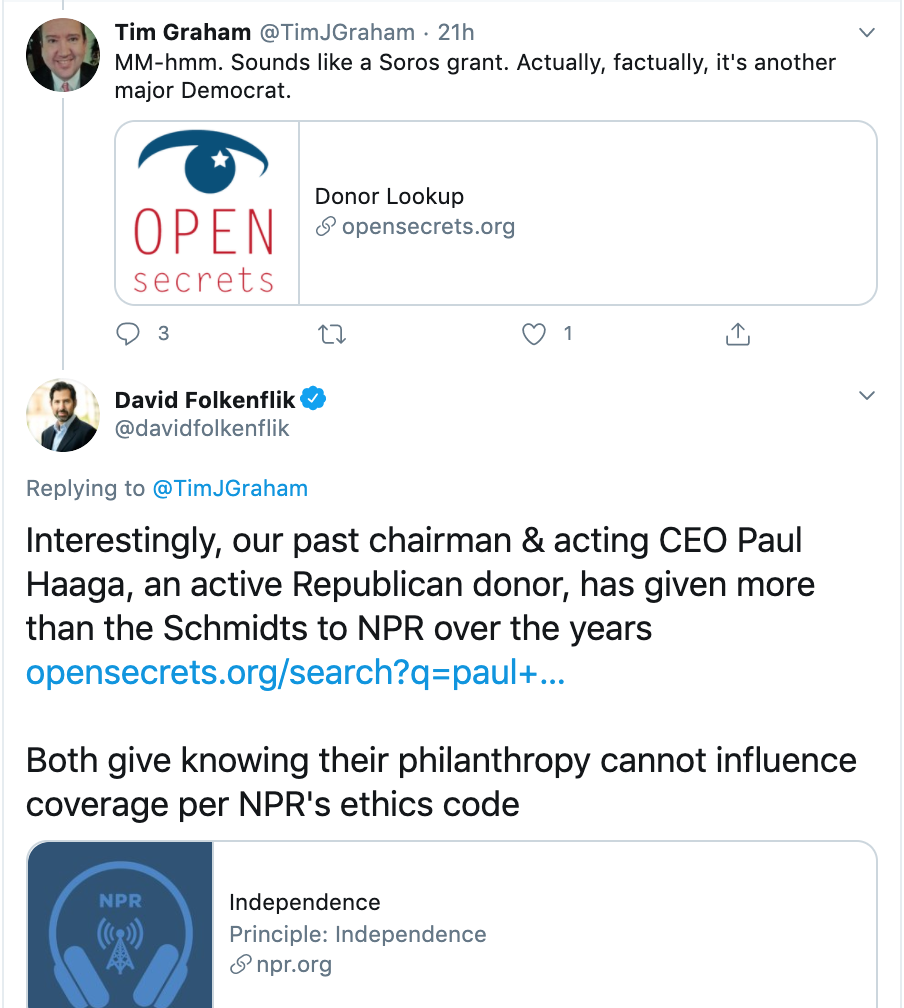 A quick glance at Haaga’s records for the 2018 and 2020 electoral cycles show something interesting. A majority of Haaga’s small contributions went to Republicans in 2019 and 2020, but he also contributed cash to Rep. Josh Gottheimer (D-NJ).

Eric Schmidt did not contribute to a single Republican during the 2019-2020 period.

For the 2018 cycle, while still contributing to more Republicans, Haaga also contributed to then-Congressman and eventual presidential candidate Beto O’Rourke (D-TX) and Rep. Adam Schiff (D-CA) in 2017. Schiff would later spearhead the impeachment effort against Trump.

But there are other things Folkenflik neglected to mention in his retort to Graham and his story.

Previous reporting found that liberal organizations like the Bill & Melinda Gates Foundation, The Ford Foundation and George Soros’s Foundation to Promote Open Society contributed at least $43,817,937 combined to NPR from 2003 to 2019.

The new president and CEO of NPR, John Lansing, contributed $500 each to Sen. Jeanne Shaheen (D-NH) and Kentucky challenger for Sen. Mitch McConnell’s (R-KY) Senate seat Amy McGrath (D). The records suggest his contributions were made while he was still employed as CEO and Director of the government-funded U.S. Agency for Global Media. He has contributed nothing to Republicans this cycle.

Also, the new Chair of the NPR Foundation Board of Trustees John McGinn gave the maximum-allowed $2,800 to Sen. Kirsten Gillibrand (D-NY) for her presidential campaign on Mar. 2, 2019. The contribution occurred just months before being elected to his new position for a three-year term, Federal Election Commission records revealed. McGinn also didn’t contribute any cash to Republicans this cycle.